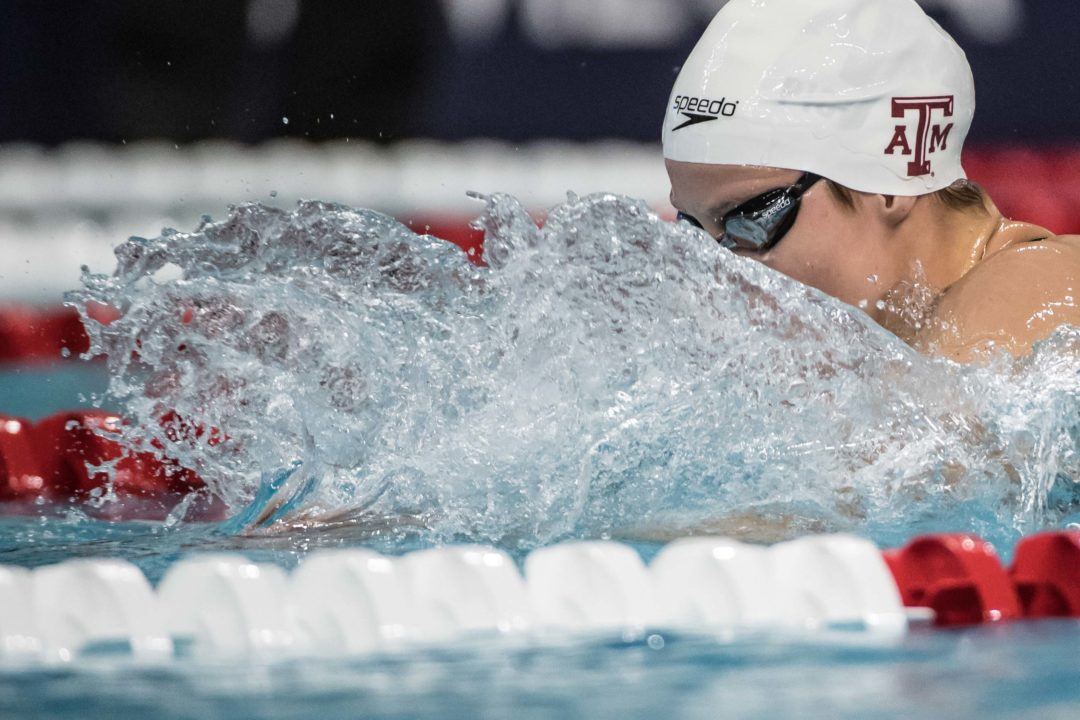 Sydney Pickrem will look to qualify for the Pan Pacific Championships tonight in the 200 IM. Archive photo via Mike Lewis/Ola Vista Photography

Four of the six top seeds from this morning’s prelims have already qualified for the Pan Pac team, with the men’s 100 fly and women’s 200 IM both wide open for new qualifiers to emerge.

The women’s 200 IM in particular will be an intriguing race tonight with several big names who have yet to qualify in the mix.

Sydney Pickrem, the World Championship bronze medalist last summer in the 400 IM, was the top qualifier this morning in a time of 2:13.50. She was the top qualifier heading into the 400 final on day 1, but was a late scratch out of the event and thus has yet to qualify for Pan Pacs. She’s the Canadian record holder in the 200 with a time of 2:09.17, and ranks 4th in the world this year with her 2:09.92 from the Austin Pro Swim in January. She should win the event tonight and qualify for Tokyo.

There are a few others in the event who also have a shot to make the Pan Pac team. Sarah Darcel currently ranks 11th in the world this year with a time of 2:11.14, and though she swam well under the FINA ‘A’ standard in the 400 IM at the Commonwealth Games, she missed the mark in the event on day 1 of the Trials. She qualified 3rd this morning in 2:14.98, and just needs to get under the ‘A’ cut of 2:13.41 tonight to likely get added to the team.