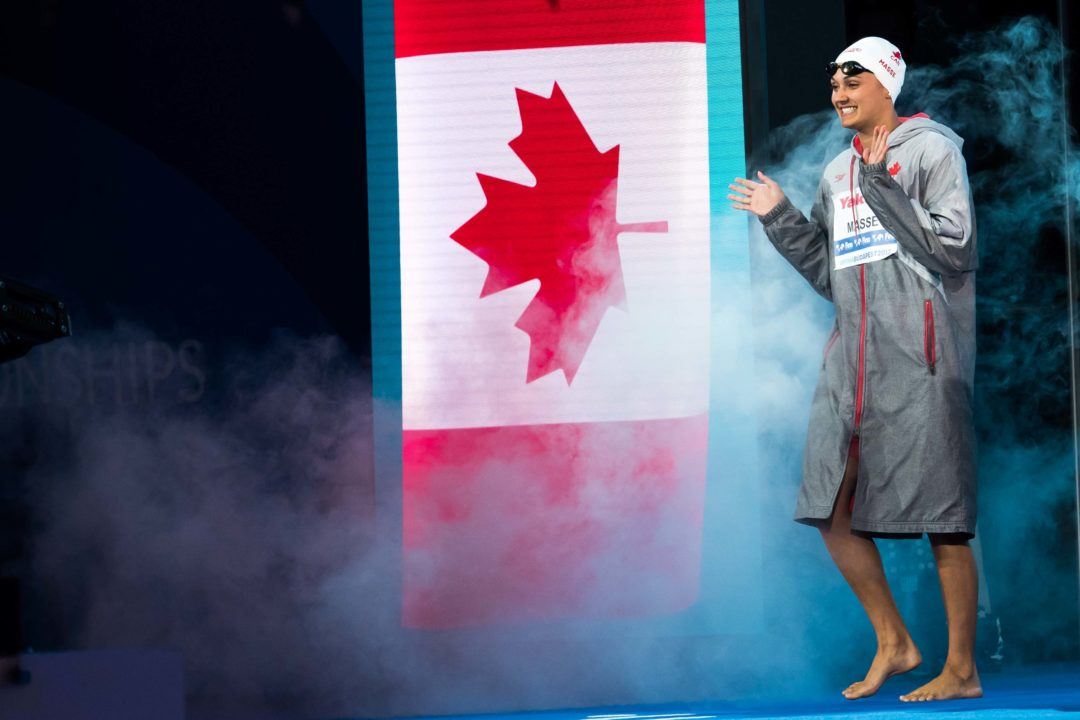 Canada has named 32 swimmers to their roster for the 2018 Pan Pacific Championships, set to take place next month in Tokyo. They’ll be sending 18 women and 14 men.

The roster was released shortly after it was learned that Penny Oleksiak had withdrawn from the team. Maggie MacNeil did the same thing on Saturday.

Most of the swimmers earned their spot on the team by either winning an event, placing top-4 in the 100 and 200 freestyle, or a 2nd/3rd place finish while getting under the FINA ‘A’ standard. A few swimmers were added to the roster at the end of the meet despite not reaching any of the criteria: Danielle Hanus, Rachel Nicol and Will Pisani.

Nicol, a 2016 Olympic finalist in the 100 breast, also narrowly missed the ‘A’ standard in that event, falling just over a tenth shy in 1:07.71 (finishing 2nd). She’ll give Canada some insurance on the breaststroke leg of the medley relay, with Kierra Smith the other option on the team.

Pisani, who trains at Florida State University, narrowly missed automatically qualifying multiple times. After taking the top seed in the men’s 100 free prelims in a personal best of 49.59, he missed out on a relay spot in the final by placing 5th. He then finished 2nd in the 100 fly, and then was 3rd in the 50 free, finishing just .04 off the FINA ‘A’ standard.

Canada has also named their rosters for the Para Pan Pacs and the 2018 Short Course World Championships. You can find those rosters here.