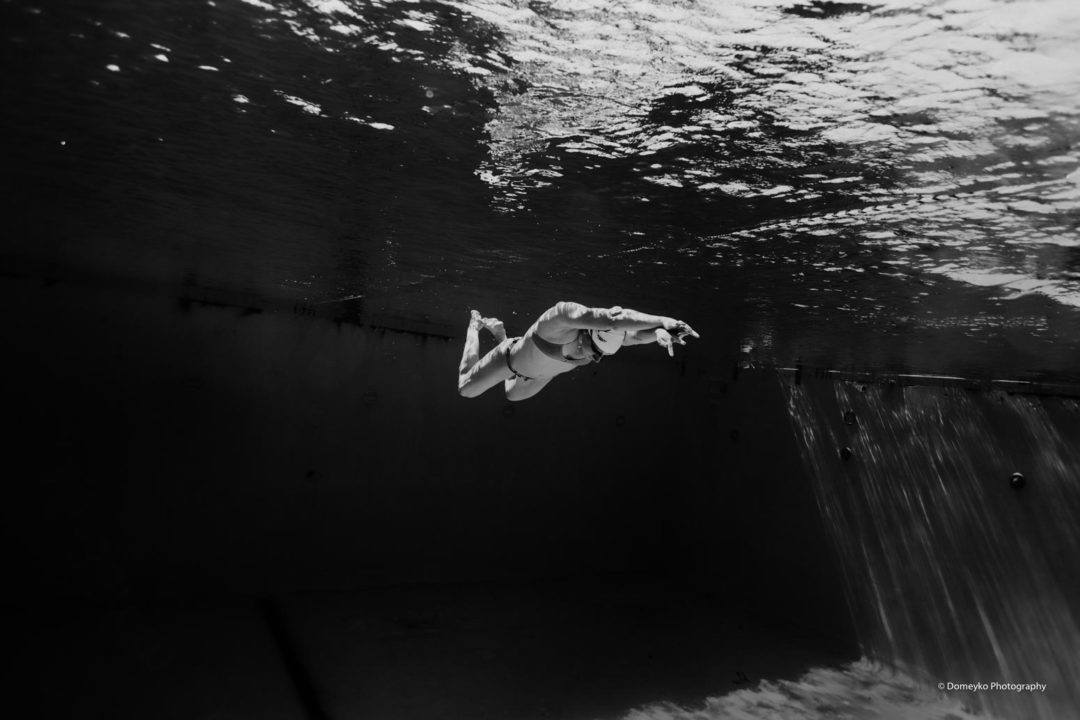 Sarah Fournier secured her spot on Canada's Pan Pac team with a win in the 50 free on day 4. Archive photo via “Rafael/Domeyko Photography”

Three swimmers added their names to the Canadian Pan Pac roster on day 4 of their Trials in Edmonton, with just one day remaining.

Sarah Fournier from CNQ was the only swimmer yet to qualify for the team who won an event on day 4, taking down the women’s 50 freestyle in a time of 25.82. That secures her spot on the team, and both Kennedy Goss and Kate Sanderson will likely be added to the team after runner-up finishes while hitting the FINA ‘A’ standard.

With just one day of competition remaining, that brings the roster count to 29 (after learning Maggie MacNeil will be declining her nomination), with the maximum being 32 (though High Performance Director John Atkinson can make additions that exceed 32 at the end of the meet).

If we look at the remaining events, barring scratches, Kierra Smith and Sydney Pickrem have to be considered the two favorites in the women’s 200 breast, and Peter Brothers will be favored to win the men’s 800. Those three have already made the team. We’ll definitely see one new qualifier in the men’s 200 breast, and potentially one or two others if Ashley McGregor has a big swim in the 200 breast or Brothers scratches/gets upset in the 800, but it likely won’t be more than three.

So with three looking like the highest number of new qualifiers we could get on day 5, all swimmers who are currently on the roster will make it. Either way, it looks as though both Goss and Sanderson are locks. If the team were to exceed 32, Erika Seltenreich-Hodgson would be the first swimmer to potentially lose a spot, seeing as she finished 3rd in her event.