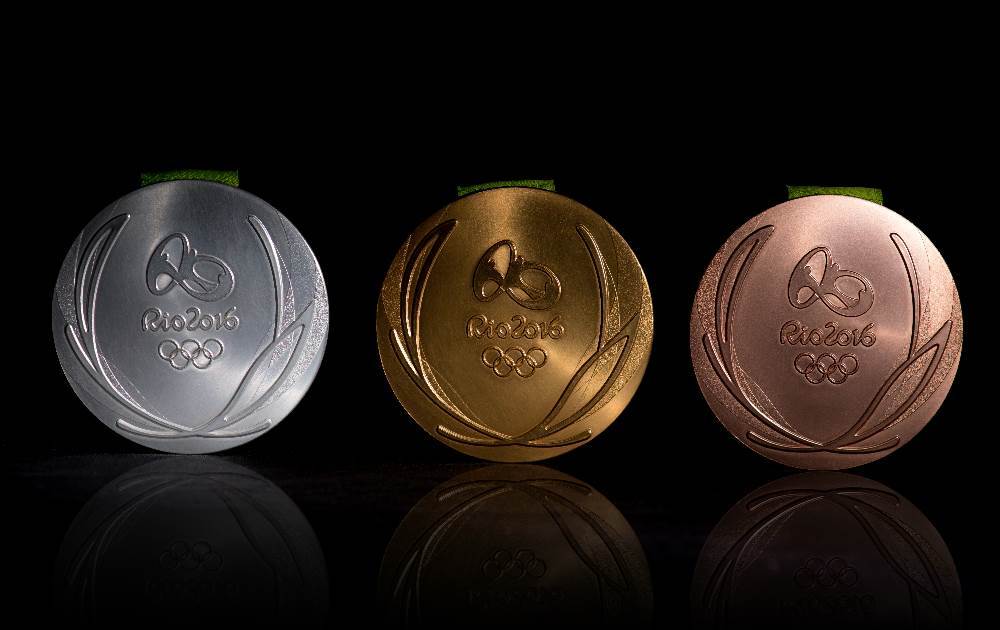 As pre-Olympic coverage ramps up across the world's media outlets, the cloud of doping suspicions only appears to grow stronger. That gathering storm of pessimism and distrust has caused on Washington Post columnist to propose a unique solution. Archive photo via Rio 2016/Alex Ferro

As pre-Olympic coverage ramps up across the world’s media outlets, the cloud of doping suspicions only appears to grow stronger. That gathering storm of pessimism and distrust has caused on Washington Post columnist to propose a unique solution.

Kevin B. Blackistone writes this week that the 2016 Rio Olympics should delay its medal ceremonies, holding a separate awards gala well after the Olympics close – and after all prospective medalists have passed anti-doping tests.

Blackistone compares Olympic medal ceremonies to college graduations, which typically happen before grades have been finalized. With final marks still hanging in the balance, many colleges hold graduation ceremonies, but don’t send out official diplomas until days or weeks later, once final grades have been tallied and all students who walked the line have officially earned passing marks across the board.

“The latest tradition of the Olympics, which return in three weeks at Rio,” Blackistone writes, “is the stripping and re-rewarding of medals won through ill-gotten means, known as performance-enhancing drugs.”

Blackistone’s idea does have some interesting advantages. Athletes who are later awarded medals when an original medalist fails their post-event anti-doping test would get an official medal ceremony. (Blackistone recounts the story of American sprinter Carl Lewis, who finished 2nd in the 100-meter dash in 1988, only for gold medalist Ben Johnson to fail his drug test. Johnson was forced to give back the gold medal, which he received in a lavish, public ceremony, and Lewis received the gold – but his “ceremony” was a private meeting in an office underneath the Olympic stadium.)

Television sponsors of the Olympics could certainly find advantages, too, to having a separate Olympic awards ball weeks after the Olympics, with a televised awards ceremony drawing in viewers and wringing more viewership out of Olympic television deals.

The Doping Cloud Within Swimming

Blackistone’s column mostly focuses on athletics, where the bulk of the Olympic doping issues have come recently. Russia’s entire athletics program (“athletics” at the Olympic level refers to track and field, not all athletic events) has been barred from the Rio Olympics after a World Anti-Doping Agency (WADA) report uncovered what was alleged to be a massive, state-sponsored doping program.

But swimming hasn’t been immune to doping issues, either. Again, Russia is at the forefront, with world champ Yulia Efimova taking most of the heat.

Banned for 16 months in 2013 for a positive DHEA test, Efimova tested positive earlier this year for meldonium, a blood-flow drug banned by WADA at the beginning of 2016. When the ban took effect, though, there was some confusion as to how long meldonium can remain in an athlete’s system. Unable to prove whether Efimova had taken meldonium in late 2015 as she claims (when it was still legal) or in 2016 (when it had been banned), FINA was forced to drop the charges against Efimova, who will now compete in Rio and is a likely candidate for medals in the 100 and 200 breast.

But Russia isn’t alone. Other nations and swimmers who have dealt with anti-doping suspicions or failed tests who still might be allowed to compete in Rio:

In addition, the WADA anti-doping lab in Rio de Janeiro has its own issues. Last month, it was suspended by WADA for the second time since 2013. The nation says it has fixed the problems and expects the lab to be reopened before the Olympics, where it would then test most or all of the samples from the Rio Olympics.

With the Olympics only about three weeks away, it’s becoming clearer and clearer that the topic of doping will be one of the biggest storylines, casting a constant cloud over competition and turning what was envisioned as a celebration of all that is right with sport into a detailed exhibit of what is unfortunately wrong with it in the year 2016.

Many swim meets (e.g. NCAA champs) have all eight finalists receive awards. The gold, silver and bronze are still the main focus, but sixth in the Olympics is always a big deal. This won’t make it ‘fair’, but if a fourth place winner moves up to third due to a stripped medal, at least they did get a moment in the ceremony. I’ve always wondered why the biggest sporting event in the world doesn’t let all the finalists stand at the ceremony.

This will not help. Most cheaters are caught years later with the help of new technology. Only the odd stupid doper gets caught within days/weeks of competition.

I like the idea of involving more moral stuff around the competitions/ceremonies instead. Maybe doing some small Olympic oath every time you go up on the olympic podium. Using bibs with “I am clean” is also a good thing just being used at the euro champs in t&f. This will not stop cheating but it will likely make them feel a lot worse about their “accomplishments”. Doping tests come back positive in due time, but at the olympics some “mental warfare” against doping is a better way to go.

Why not just harsher penalties that include monetary punishment?
When you win olympics medals and/or break WRs and such, you receive monetary rewards not only from sporting federation, but also national olympics committee, country federation, sponsors etc. When you caught for doping, then all those money need to be forfeited and given to the rightful athletes.
Money and fame/glory are the main drive to cheat, so taking away all those when you get caught will prove to be more effective deterrent .

That WaPo fish wrap always coming up with sorry ideas. Who wants to see a medal ceremony after the fact. Also the cheats typically foil the correct tests, so should they wait 8 or so years for the medal ceremony?

Why was Efimova taking Meldonium in the fist place? Apparently she has a degenerative heart disease.

3
-6
Reply
Attila the Hunt
Reply to  Tom from Chicago

Sun Yang has not dropped dead from his own heart disease as after stopping his Trimetazidine intake, which was claimed as critical for managing his heart disease for years.

Because that system of medicine (& the inventor) believe it protects the cells under duress. It might be like acupuncture -for 500 years we rejected it . Its like yoga – which is also based on meridians . Its like homeopathy -France puts a high measure on it but generally the west rejects it. The Germanic Bach Flower remedies are more accepted& in mainstream pharmacies. Maybe its like Chinese medicine .

If Meldonium does in fact do all these things cited – it should be a revelation & for a cost of about $2 a day , be available for everyone. My bet is it would be on the scale of therapeutic but more like the historical tonics . Some… Read more »

At some time in the future the whole scaffolding will need to be brought down & re built. At the core will be the prime question of what is performance enhancing .

At the core will be -what is the base? Socially over the last decade we have taken many of the classical class dogma e.g. wealth , privilege , hereditary, nepotism that were used for revolutions & applied it to mainstream life. Everyone deserves access to the stuff of the privileged . A person with asthma , low testosterone , heart malfunctions , anxiety , adrenaline surges , are allowed by TUEs to reach what is considered ‘normal’ .

Of course no elite athlete is normal. Some… Read more »

Note -white blood cells are a category but there are also stem cells of various nature & development used.
BTW while I’m on the subject can we give a Nobel Prize to the Australian scientists who discovered Stem Cells . They are getting older & can’t wait till every American with a scientific paper is awarded.

That peace prize belongs to Barry again this year.

Beautifully said, G.I.N.A. You expressed what I was struggling with. Well done!

Easy for a columnist to write, but for Olympians who train all their lives to be given their medals, see the flags rise while their national anthem plays is part of the culminating experience. It’s like finishing the super bowl and waiting a few weeks to give out the trophy, there’s no conclusion without getting the medal.

Delaying it punishes the clean athletes by taking this away from them. The Olympic committee can & must get better at issuing new medals and recalling “unclean” ones.

We just heard SA might not pay for their athletes’ travel to Rio. So all the athletes are going to re-travel to Rio or a neutral location for medals. What happens when people… Read more »

I can see South Africa abusing this. Good job Chad and Cameron unfortunately the agreement was to bring a medal home