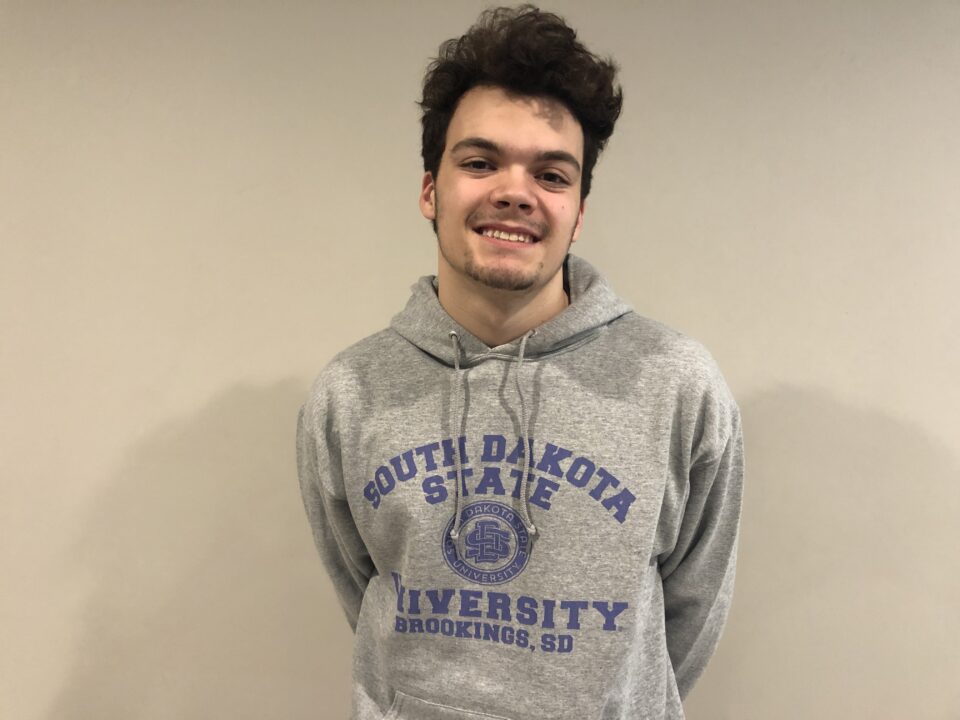 Austin Smith of Elkhorn, NE has announced his decision to continue his academic and athletic career at South Dakota State University beginning in the fall of 2021. He swims year-round for the Aquatic Club of Elkhorn and he is finishing up his final year at Elkhorn South High School. Smith comes from a family of athletes: his sister Avery a freshman at the University of Kansas, where she plays soccer, and their father, Colby, competed in track and field at Texas Tech.

After visiting the campus and looking into other colleges, I felt that South Dakota State was the best fit for my future degree plan, mechanical engineering, and it fit my goal to help the SDSU team in scoring points at meets my freshman year.  Swimming has been such a big part of my life and I look forward to the SDSU college swim experience!  Go Jackrabbits

Smith represented Elkhorn South High School at the 2021 Nebraska High School State Championships. He made it back in the A-final of both his individual events and the two relays he participated in. He earned a bronze medal in the 200 IM, taking 1.5 seconds off of his seed time for a new personal best of 1:53.86. He went into the meet seeded first in the 100 fly, and touched 5th in both prelims and finals.

Smith’s 200 IM was a new school record and qualified him for the 2021 Future Championships. He also finished 3rd in the 200 IM at the 2020 State Championships.

The South Dakota State Jackrabbits will welcome Smith in the fall of 2021. He will make an immediate impact on the team in each of his top events. During the 2020-2021 season, Smith would have been the team’s second-fastest competitor in the 100 breast, 100 free, and 200 IM. Additionally, he would have posted the top time in the 100 fly, going 0.64 seconds faster than Damon Venner’s 51.70.

Smith will be a member of the Jackrabbits’ class of 2025.