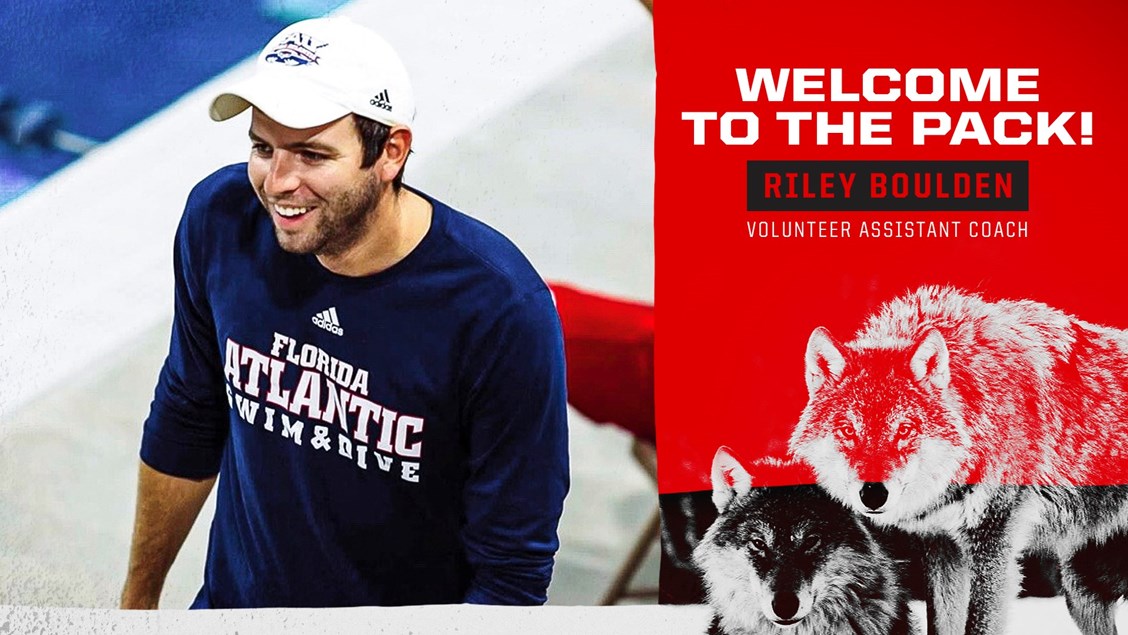 Riley Boulden, who has spent the last 3 seasons as sprint coach and recruiting coordinator at FAU, has joined the NC State coaching staff... Archive photo via NC State Athletics

The North Carolina State Swimming & Diving program has announced the addition of Riley Boulden to their staff for the 2020-2021 season as a volunteer assistant.

Boulden most recently spent 3 seasons as an assistant coach and recruiting coordinator at Florida Atlantic, where the women finished a program-best of 3rd place at the 2020 Conference USA Championships. The men’s team also finished 3rd at their conference meet, the CCSA Championships.

At Florida Atlantic, he oversaw the sprint group. Even as a volunteer, this makes him a valuable add, as NC State’s most recent sprint coach Bobby Guntoro left the program this offseason to take over as the head coach at UNC Wilmington. He was replaced on the staff by Brian Barnes, who will work with stroke an IM groups, while head coach Braden Holloway shifts his focus to the sprinters.

With another sprint coach available to support Holloway, the sprint group that has been crucial to the Wolfpack’s national rise will have some backup in the event that the head coach gets pulled away during workouts.

Excited about this newest addition to our fam! #WPN, help us give Riley a warm welcome! #GoPack

Other sprinters he worked with at FAU include Fatimah Westbrook, who was the 2019 Conference USA Newcomer of the Year award winner, and Abby Marshall, who was 2nd in the 100 back at the 2018 Conference USA Championships.

Prior to joining Florida Atlantic in 2017, he spent 3 years as an assistant with the men’s and women’s teams at Army West Point. From 2012 through 2014, he spent 2 seasons as an assistant men’s coach and aquatics director at Division III DePauw University in Illinois.

As an athlete, he swam at Alabama from 2006 through 2010, where he set the school record in the 200 IM and was an Olympic Trials qualifier. He finished 4th in the 200 breaststroke at the 2010 SEC Championships and 19th that same year at the United States World Championship Trials. As a senior, he was named a team captain.

Congratulations Riley! Welcome! Thrilled to have you join the WPN!

Welcome to the Pack!