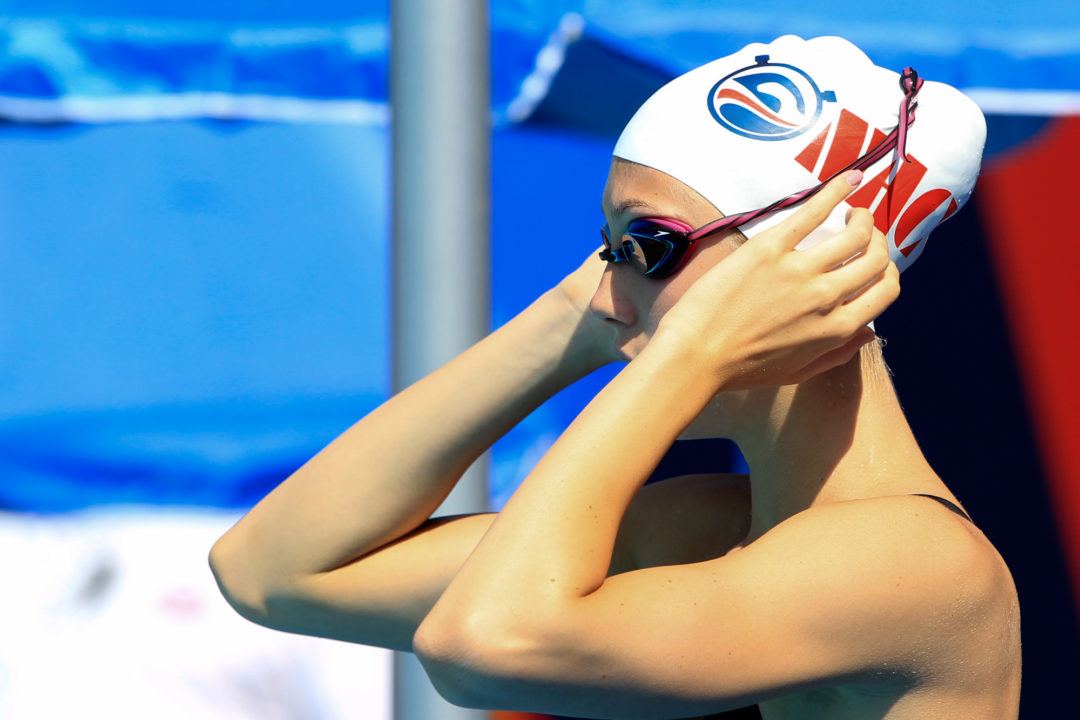 The times are both new post-quarantine personal bests for the Olympic hopeful, and the top times in the nation so far this season. Archive photo via Tim Binning/TheSwimPictures.com

She now leads the country in the month-old 2020-2021 season, among all ages, in both events, including ahead of her future teammates at the University of Virginia, which had their first intrasquad of the season last weekend.

While the 2020-2021 season is going to be different for a lot of reasons, Walsh is already much faster than she was at this time last year. In her season-opening meet last year, which was the first weekend of October, she swam 50.32 in the 100 free.

The two events in which Walsh is a member of the US National Team are the 50 free and 100 free, in long course meters.

Since the 2016 Olympic Games, she ranks 7th nationally in the 100 free in long course with a best time of 53.74. Traditionally, 6 swimmers are taken to the Olympics in that event.

The top performer on the boys’ side of the pool was 17-year old Evan Petty, who is one of the top uncommitted (publicly) high school seniors in the country. He improved that status this weekend thanks to a 47.99 in the 100 back, which shaves .03 seconds off his previous best time, and a 1:50.83 in the 200 IM, which shaved .3 seconds off his previous best time.

Other Top Swims from This Weekend

Thanks for letting me know, I’ve updated above.