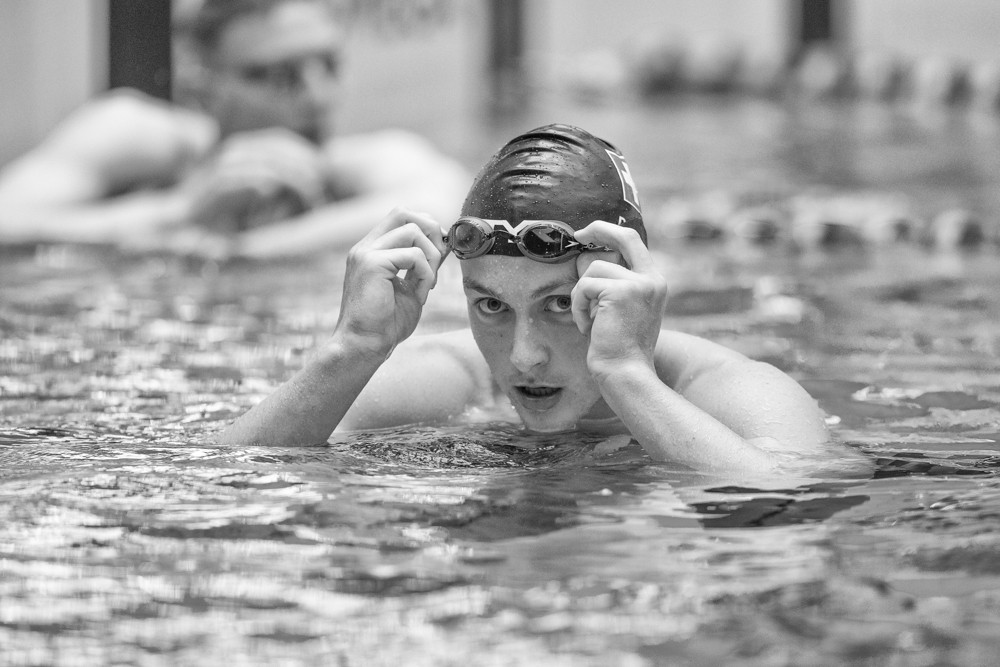 The 2019 Swiss Long Course Championships kicked off with a bang right off the bat, as Antonio Djakovic fired off a new meet record during the morning session. Entering the meet as the top seeded swimmer in the 400m free with a time of 3:52.30, Djakovic, just 16 years of age, punched a monster 3:49.27 mark to earn lane 4 status for the final, but also easily clear the FINA B cut for this summer’s World Championships.

Djakovic’s effort also came within .16 of the long-standing Swiss National Record of 3:49.11 set by now-Jessica Hardy husband Dominik Meichtry back in 2011. Djakovic put up another electrifying performance in the evening, albeit a tad slower, finishing with the meet title in a final time of 3:50.09, still the 2nd fastest of his career besides his morning swim.

The teen’s time from the AM now sits as #7 in the world this season.

Djakovic’s most recent international performances came in last year’s Youth Olympic Games, where the Uster native finished in 7th place in both the 400m free and 200m free. He earned times of 3:53.74 and 1:49.74, respectively. With a new personal beset and near-national record already to begin his championships, things are looking good for Djakovic.

The winner of the women’s edition of the 400m free was also faster in the morning, as Leoni Richter put up an AM effort of 4:22.82 to take the top seed. That time already hacked almost 3 seconds off of her previous personal best mark of 4:25.60 from just this past January.

Richter ultimately stopped the clock in a mark of 4:23.17 to take the title tonight, denying Jill Vivian Reich a repeat win. Instead, Reich touched in 4:26.10 for the silver medal this time around. Unfortunately, neither woman was able to clear the FINA B standard of 4:19.34 needed for Gwangju qualification.

The men’s 50m fly saw more fireworks, as Noe Ponti matched the championship record in the morning heats with his top-seeded effort of 23.95. But, he was out-done come the evening pursuit, with Manuel Leuthard taking things to another level with an outright new meet mark of 23.90 for the gold.

For Leuthard, tonight represents his the Swiss swimmers’ first venture under the 24-second threshold, with his previous personal best resting at the 24.31 put up in April of last year.

Ponti settled for silver tonight in 24.27, but had company, as Alex Obgonna touched simultaneously for co-runner-up status.

Continuing on the trend for personal bests, European Junior Championships finalist Roman Mityukov sliced .03 off of his own previous National Record en route to 100m backstroke gold tonight. Touching in 54.72, Mityukov took the meet title in his fastest performance ever, while also dipping under the 55.95 FINA B cut for Gwangju.

You can read more about Mityukov’s record-setting performance here.

Nina Kost followed suit in the women’s edition of the 100m back, with the swimmer lowering her own National Record in the event as well. Kost staked her claim on the 100m back event early, notching a new NR time of 1:01.59 en route to capturing the top seed out of this morning’s heats. That morning effort lowered her own personal best and previous NR of 1:01.85 Kost set while competing at the 2018 European Championships.

Finally, Lisa Mamié managed to slice .33 off the previous supersuited Swiss National Record in the women’s 200m breast to register a time of 2:26.56 in this morning’s heats. The Limmat Zuerich swimmer took things even lower tonight, however, as she split 1:10.56/1:15.18 to dip under the 2:26 threshold for the first time, stopping the clock at a monster 2:25.74 in the final.

That outing not only gave her the gold tonight, but it also essentially guarantees Mamié a spot on the Swiss World Championships roster, clearing the FINA A standard of 2:25.91.

Additionally, Mamié enters the world rankings, tying Spain’s Marina Garcia in the 11th slot. You can read more about her historic swim here.