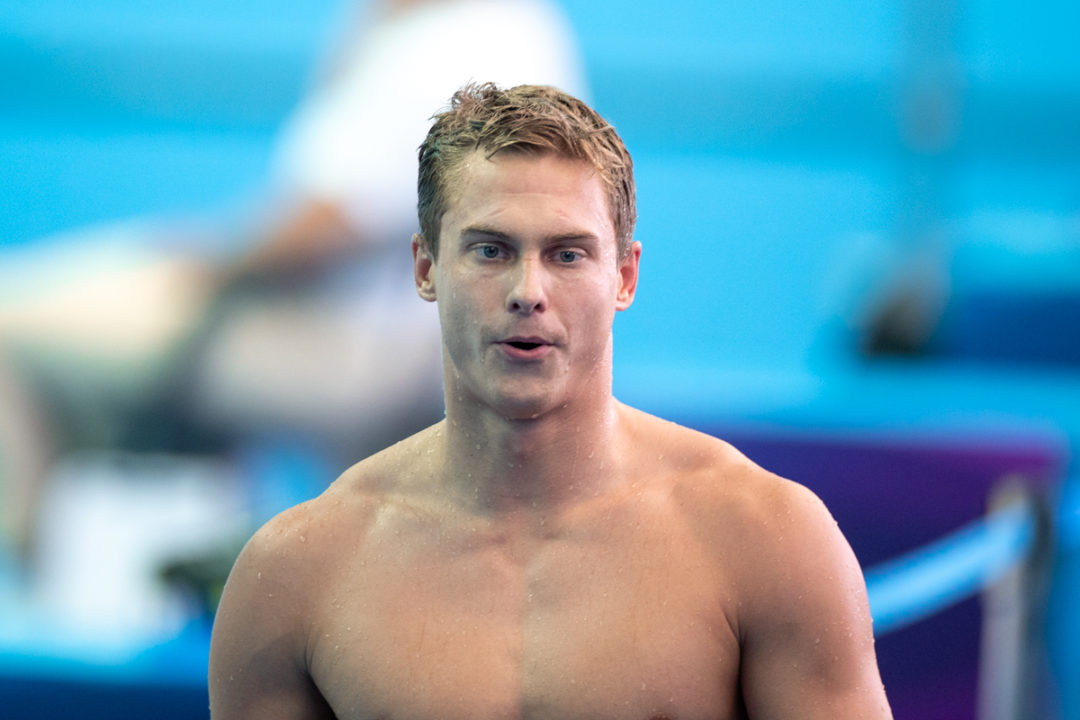 After hitting his first sub-48 second freestyle in over a year last week, Vlad Morozov has a taste for speed and notched 47.88 to take another World Cup gold. Archive photo via “Rafael/Domeyko Photography”

Russia’s Vlad Morozov had a rocky World Championships in Gwangju. Although he snagged a very respectable 4th place finish in the men’s 50m free in a time of 21.53, the former USC Trojan mustered a disappointing 49.09 to finish 24th in the men’s 100m free despite holding a season-best of 48.04. Instead, it was his Russian teammate Vladislav Grinev who got on the podium in Gwangju, taking bronze in 47.82.

Flash forward to 7 days ago in Jinan, China, however, and Morozov made a little magic happen by producing his first sub-48 second 100m free in over a year. While competing at stop #2 of this first cluster of the FINA World Cup Series, Morozov notched 47.99 to finally get under the 48-second barrier and inch closer to his 47.62 PB he produced way back in 2013. Morozov hit 47.98 in 2015 and 47.75 last year in Moscow but hadn’t seen the 47 range since.

Now Morozov made an even more convincing dip into sub-48 second territory with a quick 47.88 time to take gold tonight in Singapore on the final stop of the 1st World cup Series cluster. Splitting 22.76/25.12, Morozov’s renewed taste for 100m free speed rendered the only time under the 48 barrier in the field, overtaking his own World Cup Record of 47.99 referenced above. In fact, his time tonight would have tied American Blake Pieroni for 4th place in the final at this year’s World Championships.

This is extra impressive considering Morozov had broken another World Cup Record earlier in the very same session. The Russian crushed a winning 50m backstroke time of 24.40 to slice .03 off of his own World Cup Record he set back in 2018 in Kazan but matched last week as well in Jinan.

Does anyone else think morozov is actually quite a handsome man?

MA didn’t go that fast for him in most events, but smashed his 100 free time—could be a good sign for him dipping to the 48s next year.

Nice to see him swim it and go PB.

It’s definitely time for him to go 48. I know people have identified some technical things with his freestyle breathing, but there’s no way a 21.6 guy that is good at all the other 100s shouldn’t be able to go 48.5ish at least. 23.2-25.2 should be more than do-able for someone with that kind of speed.

I wish Morozov and maybe to a lesser extent Michael Andrew would start showing up with the big boys when the meets matter.

Mr. Morozov is obviously quick. Based on yesterday’s chats in the article about him, he is also a very curious performer, eh?

And other people own Vlad.