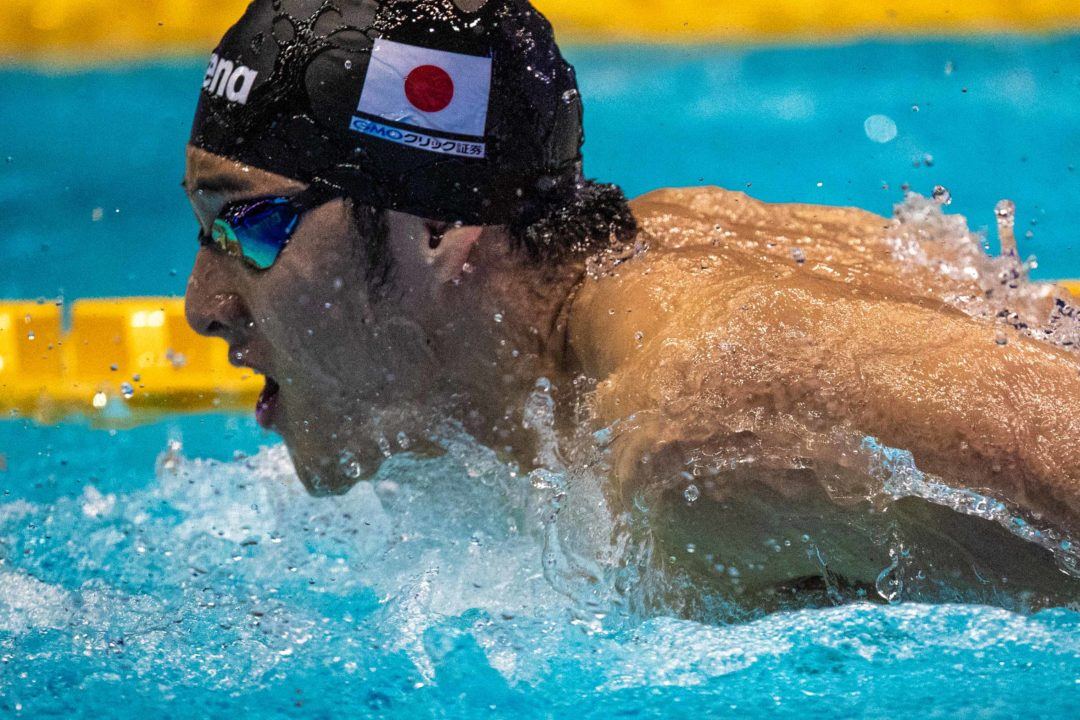 Three of the world's best male butterfliers are about to take flight in Tokyo, as Japan's Daiya Seto, Singapore's Joseph Schooling and Hungary's Kristof Milak are all set to swim at the Japan Open this week. Archive photo via Mike Lewis/Ola Vista Photography

Three of the world’s best male butterfliers are about to take flight in Tokyo, as Japan’s Daiya Seto, Singapore’s Joseph Schooling and Hungary’s Kristof Milak are all set to swim at the Japan Open this week. Kicking off on Thursday, we’ll see the elite trio duke it out in the 100m and 200m fly events, while Milak and Schooling also take on the 50m fly sprint.

Seto, the reigning SCM 200 fly world record holder, has already qualified for this summer’s World Championships in the 200m fly, so this weekend’s racing is more of a bonus swim for the 24-year-old. He has also already qualified in the 200m IM and 400m IM, so his 100m fly entry here is potentially another event in which he could qualify, as long as he hits the 51.47 QT.

Seto opted out of the 100m fly at the Japan Swim in April, but holds a personal best of 51.94 from just this month at the inaugural Sydney Open. The man is also entered in the 100m breast race as well, an event in which he won’t qualify individually, but may be using as a means to get more practice for his IM.

As for Schooling and Milak, the pair have already raced this season several times as well, with Milak holding the #1 200m fly time in the world with his 1:52.17 from Hungarian Nationals.

Schooling competed at the Singapore National Age Group Championships in March where the former Longhorn put up a time of 52.70 in the 100m fly, so we’ll look for him to drop some time to get closer to his 51-point in-season days.

I would love it if all 3 showed up for the finals of the 100 but I would not be surprised if one of the 3 scratched out just to hold his cards closer to his chest before this summer.

What a fly lineup! Can’t wait for this…

Looking forward to the fly races!!