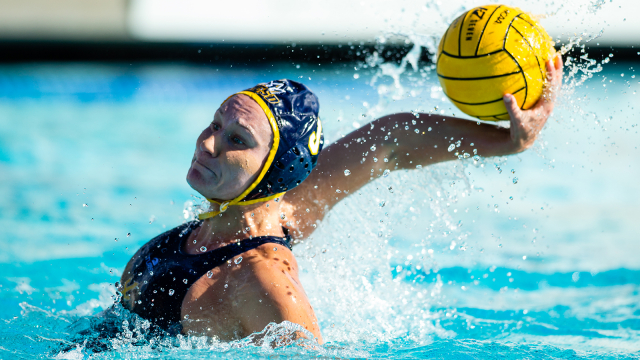 Recco, Barceloneta and Olympiacos all claimed big wins and enjoy a 10-point lead ahead of the teams sitting in the non-qualifying spots at the halfway mark.

The Tritons’ Chanel Schilling leads the teams as the Division II Player of the Year, while UCSD coach Brad Kreutzkamp was tabbed as the coach of the year to go with his WWPA conference honor.

Cal State East Bay’s Auriel Bill, who garnered her second straight WWPA Player of the Year nod alongside Schilling, also was tabbed as a first team All-American. Bill notched 48 goals, 51 assists and 34 steals and was the top scorer for the Pioneers with 99 points alongside fellow first teamer Adrien Van Dyke (65 goals, 34 assists, 26 steals).

Kreutzkamp led the Tritons to a 22-14 mark and a #14 national ranking, including the WWPA regular season and tournament crowns, en route to the Coach of the Year nod.