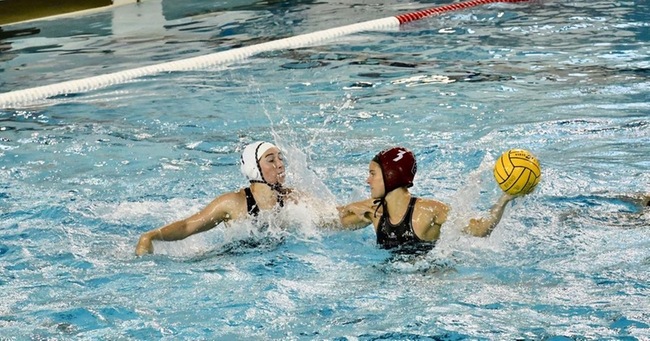 Collegiate women's water polo cancellations have begun across the country due to concerns regarding the spread of COVID-19. Current photo via Jeanie Wahl, Harvard Athletics

The Ivy League, which competes in the Collegiate Water Polo Association, has cancelled the remainder of their spring seasons. While the Ivy League isn’t the sponsor of the women’s water polo conference, the decision made by the presidents of the league teams still applies.

Decisions on whether to finish post-season play for winter sports teams was left up to individual institutions. Harvard decided to withdraw their team from the NCAA Swimming & Diving Championships, while Princeton still plans to participate. Other Ivy League schools have not yet confirmed their decisions.

“With further developments in the outbreak of COVID-19, the Ivy League Presidents are announcing their unanimous decision to cancel all spring athletics practice and competition through the remainder of the academic year,” the Ivy League Presidents said in a statement released Wednesday. “This decision terminates the seasons of Brown, Harvard and Princeton in the varsity ranks, in addition to the seasons of all women’s collegiate club teams competing in the Collegiate Water Polo Association.”

In the CWPA Top 25 poll released Wednesday, Princeton checked in at #20, followed by Harvard at #21 and Brown at #25. The Tigers were 8-3 and 1-0 in conference play after picking up a 12-8 win at George Washington on Feb. 29. The Crimson and Bears each were 12-2, but have yet to play a conference match.

The New England Small College Athletic Conference (NESCAC) also announced that its spring conference matches and conference championships would not be played. Connecticut College, which competes in the CWPA for women’s water polo, is “suspending spring athletics, both practices and competition, after the conclusion of competition effective Sunday, March 15.” The Camels were 9-10 on the season and 6-2 in CWPA conference play.

Penn State Behrend has closed its campus until April 6 and cancelled the CWPA Division III East Region tournament it was hosting in Bridgeport, Pennsylvania on Saturday and Sunday. The Lions, which are 1-7 on the year, were set to welcome Connecticut College, Grove City, Utica and Washington & Jefferson for the event.

San Diego State has announced it is suspending all spring sports activities along with the Mountain West Conference. #16 SDSU was set to host the Aztec Invitational Friday through Sunday. That tournament has been suspended.

The Big West has suspended all spring sports competition, including women’s water polo.

This is a developing story and we will update as more information becomes available.