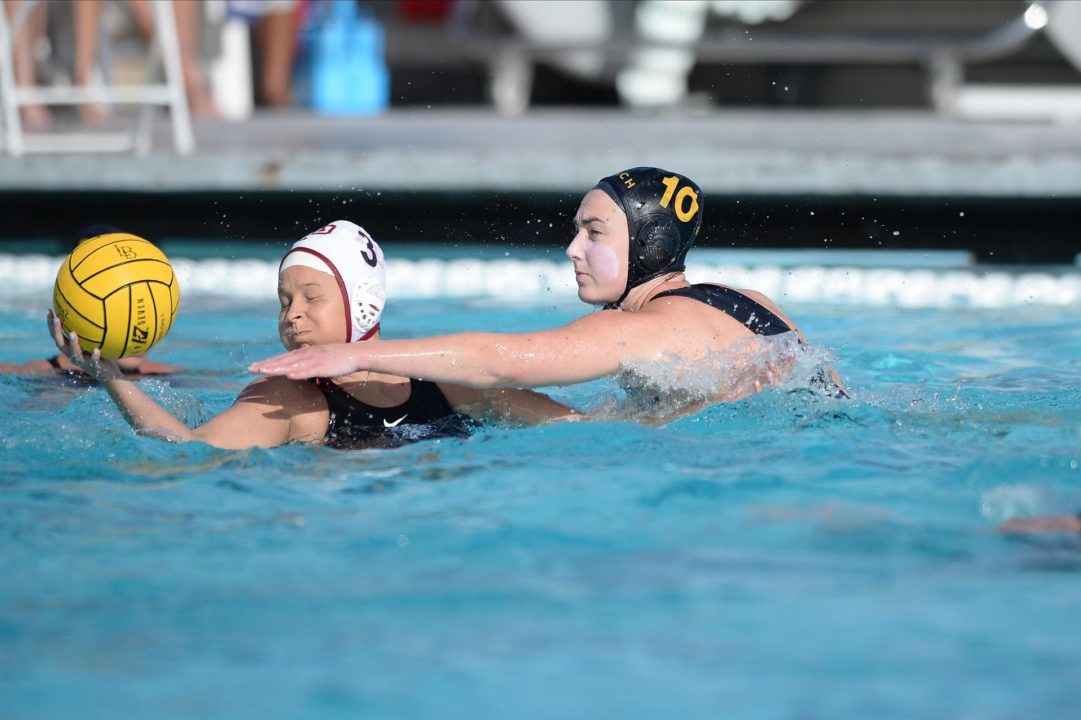 The top eight spots in the collegiate women’s water polo Top 25 poll remained in tact after Week 8 action. USC holds down the #1 spot for the second straight week, followed Stanford and UCLA in a tie at #2, Hawaii at #4 and UC Irvine at #5.

With the win, LBSU was the week’s biggest climber, vaulting from #15 into a tie for #12 with Loyola Marymount. The 6-4 victory saw Sarah Barker log a hat trick for the 49ers to open Big West play. It was the team’s lone contest of the week.

Wagner had four four-goal efforts on the weekend as Kristen Saczynski put in four scores vs. the Camels, Abbey Simshauser did so against the Pioneers and Jacqui Sjogren and Skye Nankervis.

Northridge moved up despite falling to #8 UC Santa Barbara 9-8 in overtime on Saturday. UCSB scored four goals in the fourth quarter and the game winner in the second extra stanza to overcome a hat trick by the Matadors’ Madasonne Butler.

Meanwhile, Cal Baptist and Brown both check in at #25 after receiving votes a week ago.

The Bears dropped their weekend open to Salem (13-12), but rebounded with wins over #24 Marist (11-9), LIU Brooklyn (15-4) and Iona (15-14 SD) to close out the Harvard Invitational. Katie Dvonch scored five goals in the loss, while Linnea Kelly added a hat trick vs. Marist. Dvonch chipped in hat tricks vs. LIU and Iona, while Claire Pisani and Lexi Atwell joined her vs. the Sharks and the Gaels respectively.