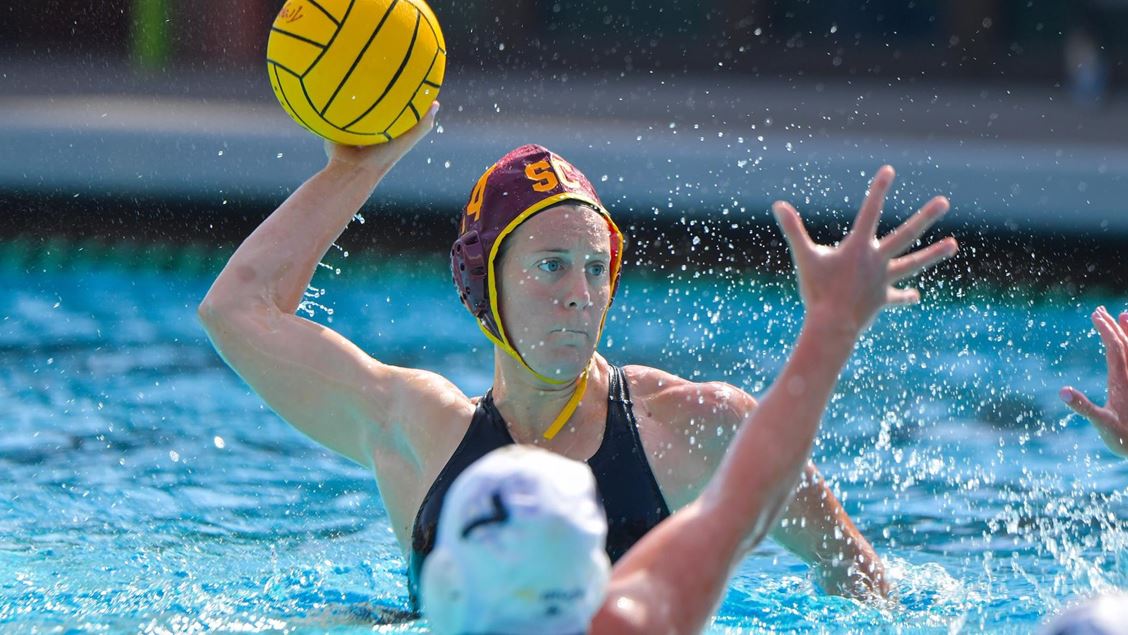 USC, the 2019 NCAA runnerup, wraps the 2020 women's water polo season as #1, following a 12-1 campaign that saw the Trojans listed at #1 in eight of 10 polls. Current photo via John McGillen, USC Athletics

With the NCAA announcement that spring sports championships are cancelled and nearly all institutions calling off the remainder of their 2020 spring campaigns, the Collegiate Water Polo Association has announced its final poll.

Only seven contests were played on Week 9, none involving Top 25 teams.

USC, the 2019 NCAA runnerup, wraps the 2020 season as #1, following a 12-1 campaign. The Trojans, which ended the season on a six-game win streak, suffered their lone loss of the season on Feb. 9, falling to then-#3 UCLA 7-5. USC was listed at #1 in eight of the 10 polls, spending the first four weeks including the preseason poll on top, and the last four weeks, beginning Feb. 26.

Hawaii and UC Irvine round out the Top 5 at #4 and #5 respectively, occupying those positions from Feb. 26 on through the final poll. The Rainbow Wahine went 11-2, while the Anteaters were 15-5.

Movement from the March 11 poll to the final poll came in small shifts.

Cal Lutheran went from unlisted to receiving votes in the final poll. The Regals were one of the last teams to play, notching a 23-5 win over Cal Tech on March 11, to move to 8-4.