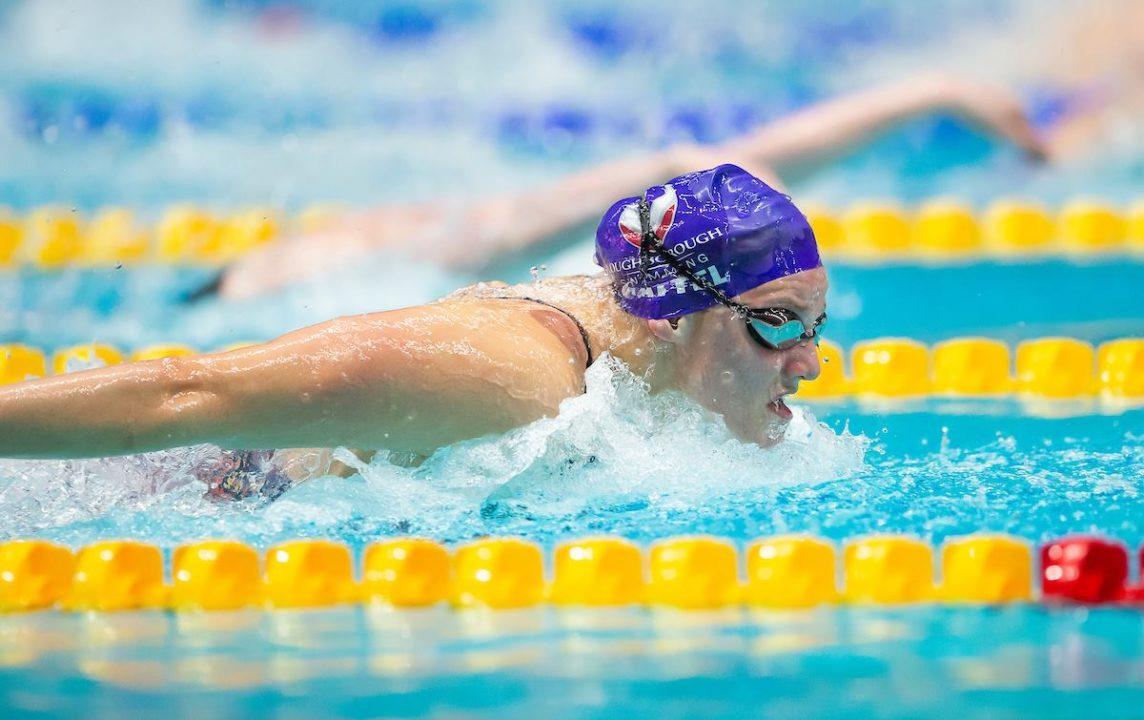 The French Olympic roster grew by one tonight, as Marie Wattel claimed a Tokyo 2020-worthy time in the women's 100m fly. Archive photo via SWpix/Swim England

The final day of the 2020 French Elite Championships brought us another Olympic qualifier, as Marie Wattel accomplished the task in the women’s 100m fly.

After establishing herself as the top-seeded swimmer of the morning heats with a swift 57.92, Wattel cranked out a winning effort of 57.40 to seal the deal. Splitting 26.77/30.63, Wattel crushed the only sub-58 second time of the field en route to topping the podium. Her outing cleared the FFN’s qualification standard of 57.51 needed to punch a ticket to Tokyo.

For perspective, a time of 57.00 is what Wattel threw down in the semifinals at last year’s World Championships before settling for 8th in 57.29 come the final.

Tonight, it was ISL superstar Beryl Gastaldello who took runner-up in a mark of 58.09, with some work to do to near the qualification time. However, the intense Olympic preparation long course season is just getting started.

The other notable swim came from visiting Swiss ace Jeremy Desplanches, with the national record holder punching a result of 1:57.76 in the men’s 200m IM. Desplanches owns the Swiss national standard at the 1:56.56 he threw down in Gwangju last year to snag silver in the World Championships final.

The top French finisher in this evening’s 200m IM final was young Leon Marchand, with the ASU-commit claiming his 3rd medal of this meet with a time of 2:01.29.