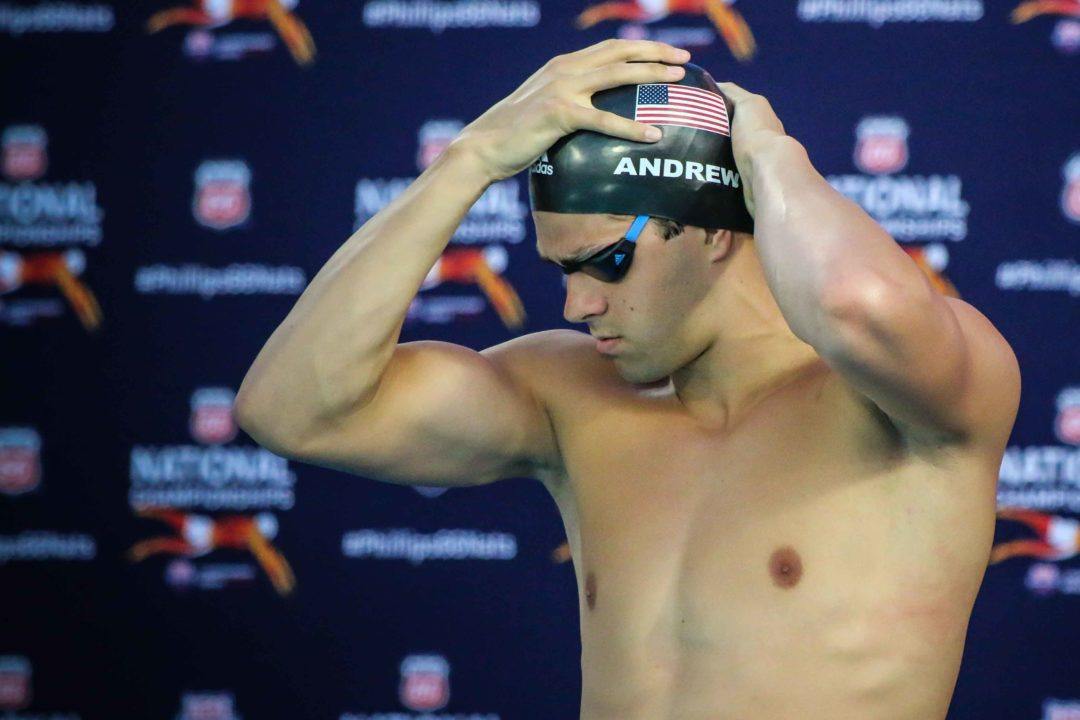 Those are the four swimmers set to compete in four individual events each. All four are now pros, as Dressel wrapped up his collegiate eligibility this past spring and Ledecky and Baker turned pro as underclassmen. The stacked Worlds roster will include every U.S. gold medalist from those 2018 Pan Pacs: Andrew, Dressel, Townley Haas, Zane Grothe, Jordan Wilimovsky, Ryan Murphy, Chase Kalisz, Ledecky, Baker, Lilly King, Micah Sumrall and Hali Flickinger. The roster also mostly matches what we projected based on the results of U.S. Nationals and Pan Pacs this past summer.

The only spots that weren’t officially locked up at that point were the second entries in the 50s of fly, back and breast. First priority for those entries goes to the top-ranked swimmer in the 100 of that stroke, and a couple of those athletes are currently listed on the official roster, though not all of the stroke 50s have their second entry finalized as of yet. Here’s a quick look at entries in those non-Olympic events:

100 fly champ Dressel and 100 back champ Baker are locked into the second entries in their 50s, while the other four spots are still up for grabs. USA Swimming says those will be decided sometime between now and the entry deadline in June in order to find the fastest athletes already on the roster who have the FINA A cut in the 50-meter event.

Official selection procedures note that if the winner of the corresponding 100 is already entered in the 50 or declines that spot, the team will select the next-fastest available swimmer in the 50-meter event, provided both entrants have a FINA A cut.

The only major change from the athletes who qualified for these spots over the summer is that Micah Sumrall is listed as the second 100 breast entrant on the women’s side, and Katie Meili is absent from the roster. Meili was second at Nationals in 1:06.19, and though she was only the fourth American at Pan Pacs, Sumrall (1:06.56) didn’t beat her Nationals time. But Meili declined her Worlds roster spot due to law school, USA Swimming says, and Sumrall will take over the 100 breast spot.

You can see the full rosters here, or below:

I think next year will be fast. Dressel will hopefully be back in top form, Michael Andrew will keep improving, and Regan Smith is just killing it. And people from other countries like Ben Proud and Taylor Ruck will also be very entertaining I reckon. If Townley Haas can put the same swim he puts into relays, he’d swim a 1:44 low 200 free.

People have been predicting for 2+ years that Townley would be going 1:44 or even 1:44 low individually. Hopefully it happens, and soon.

If Grevers turns down the 50 back spot, it would go to MA, don’t see why Grevers would turn it down tho

That’s incorrect. Because Ryan Murphy won the 50 back and is the top qualifier in the 100, the 2nd 100 backstroker doesn’t by-default get the spot. Instead, it goes to the fastest swimmer, already on the team, in the event between March 1, 2018 and June 1, 2019. Current US rankings in that period are: Murphy, Ress (not already on the team), Andrew, Grevers. So, Grevers would have to beat Andrew’s 24.49, and Andrew would have to not drop any more time (unlikely, given the way he trains and races, and that he did that 24.49 in Kazan), and so right now, Andrew is most likely to get that spot if he wants it. We’ll put up a post explaining… Read more »

Look pal. I predict insane swims from Dressel. But if he EVER goes 20.2 that would blow my mind. I say 20.8

You are way underestimating MA

Some world records could fall.

The last year a world record didn’t fall was 2010 wasn’t it?

2010 was the last year without a LCM World Record. 4 were broken in SCM at the SCM World Championships.

2 of which were from Ryan Lochte