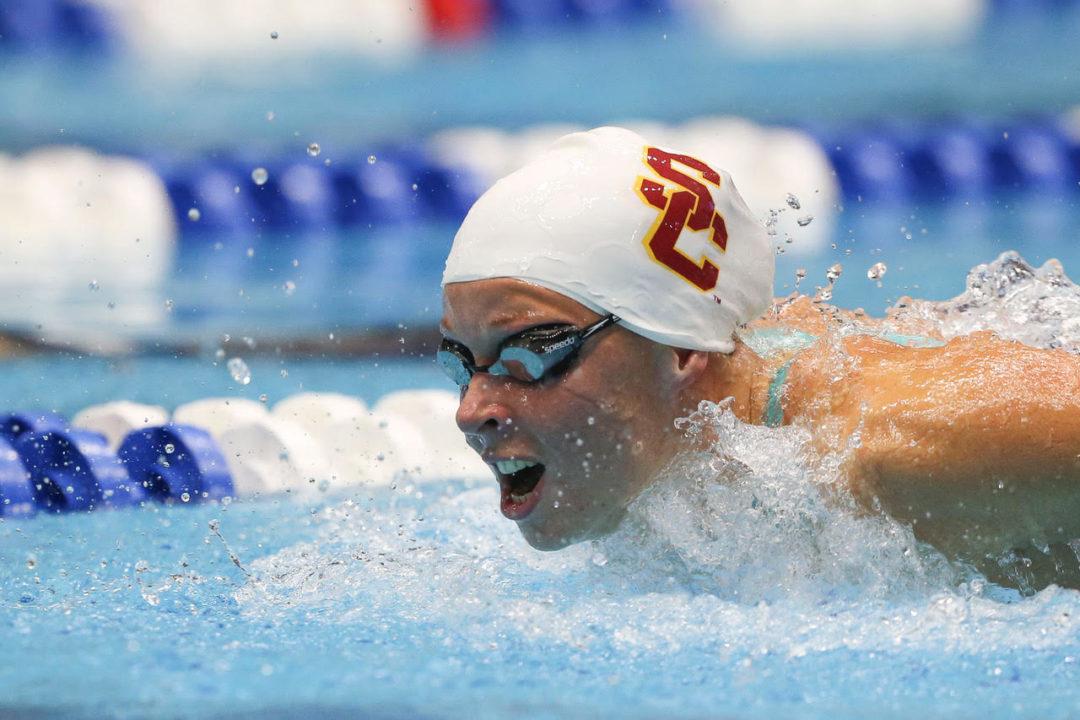 During the lane line run, each team in it's entirety had to carry a lane line across campus Current photo via Tim Binning/TheSwimPictures.com

USC hosted their annual cardinal and gold intrasquad on Friday, September 7, and SwimSwam was there to keep you up to date on the action. The entire team had been split into 2 teams, cardinal and gold, and had been having small competitions all week leading up to the intrasquad.

The competition started in the weight room, where on Friday morning they had a “plate relay”, which the gold team won. Then at morning practice, they had a goggle toss to try and wrap their goggles around the flags, which the gold team also won. Finally, the intrasquad started with dynamic warm ups, dramatic entrances, and of course, a lane line run around campus. During the lane line run, each team in it’s entirety had to carry a lane line across campus, stopping at the Tommy Trojan statue to perform a “SoCal Spellout”, and then get the lane line back to the pool. Gold team yet again bested cardinal in this challenge.

Coming into the meet, gold was leading 20-0. While the gold team ended up running away with the meet, there was some serious speed thrown down by both teams at the meet, much of which we were able to capture and share with you.