Watch 100 IM, Kick with Fins and Other Race Videos From USC Intrasquad 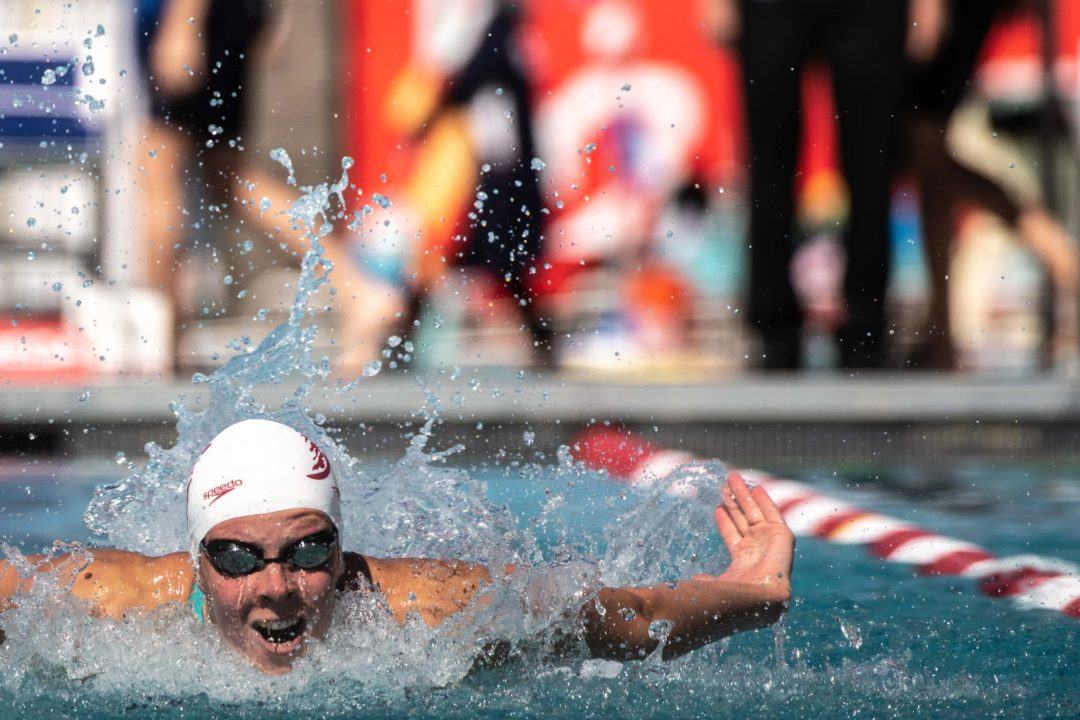 USC hosted their annual cardinal and gold intrasquad on Friday, September 7, and SwimSwam was there to keep you up to date on the action Current photo via Satiro Sodre/SS Press

USC hosted their annual cardinal and gold intrasquad on Friday, September 7, and SwimSwam was there to keep you up to date on the action. The entire team had been split into 2 teams, cardinal and gold, and had been having small competitions all week leading up to the intrasquad.

Coming into the meet, gold was leading 20-0. While the gold team ended up running away with the meet, there was some serious speed thrown down by both teams at the meet, much of which we were able to capture and share with you. Stay tuned for a recap of the entire afternoon, including starting the event off with lane line run around campus.

None have been released. It’s becoming more and more common for coaches to withhold results from ‘scrimmages’ (which is what these meets are in effect) across all sports. We saw it a lot more on our volleyball site, VolleyMob.com, this year as well. Especially for stuff like this – most of the events aren’t ‘real’ events, they’re more team-building, test your fitness/competitive types of stuff.

I wish they would – could make for some fun ‘challenges’ for club and high school teams around the country. But, to each their own.