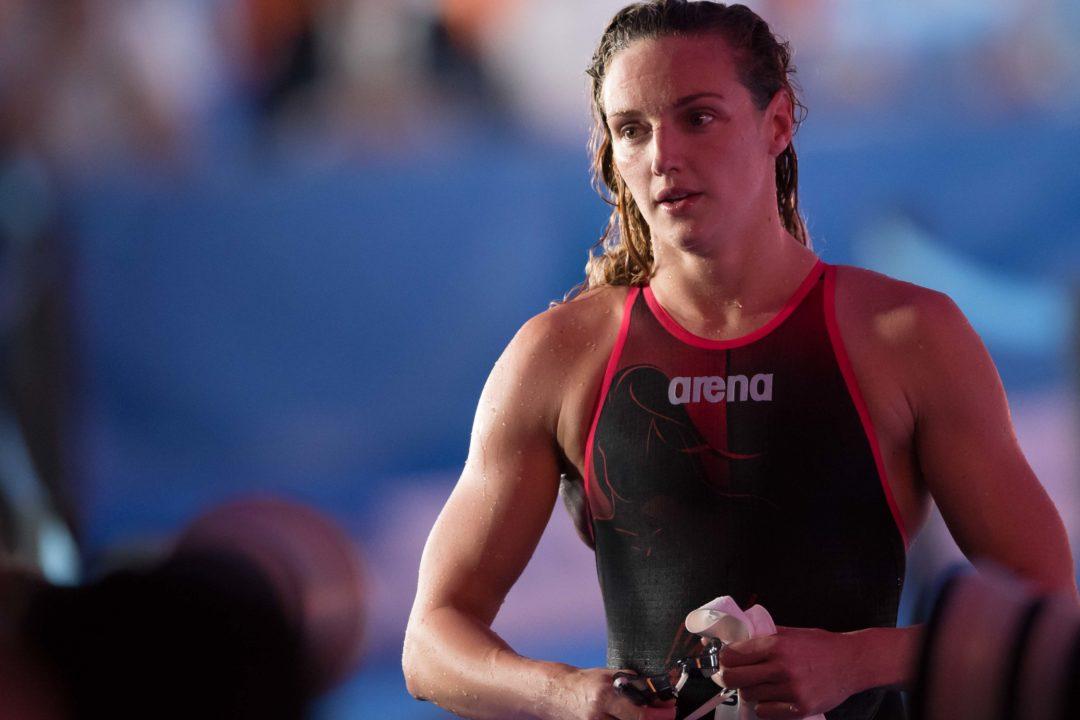 Katinka Hosszu is racing at the 2018 LA Invite this weekend, and told SwimSwam that she is training at USC until Euros in August. Archive photo via Mike Lewis/Ola Vista Photography

Olympic champion Katinka Hosszu is back in Los Angeles training with USC head coach Dave Salo for the summer, and will remain there until the 2018 European Championships, she told SwimSwam at the 2018 LA Invite Thursday.

Hosszu, 29, added that she has a training plan in place after Euros for Tokyo 2020 that she is “excited about,” but wasn’t ready to share.

However, in May, the pair announced they were splitting personally and professionally, and Hosszu filed for divorce. She competed in the 2018 Mare Nostrum series in early June.

Great to see one of the greatest all time summer classic meets still bringing great swimming to SoCal. It may be the only meet ever held in two Olympic Swimming venues in the same city. The old Santa Clara / LA Invitational circuit were two no miss meets and some of the greatest tune-ups for Summer Nationals ever held. Think Burton, Atwood, Spitz, Simmons, Calhoun, Nielson, Schollander, Bottom, and now these great ones.

Wow where has this girl been? Literally an international final competative time and we havnt even seen her (at 14?!?)

May be a Scy time

That would make A LOT more sense.

Looks like she posted that time in the 400 Free recently.

Are you sure she is from the USA? The SWIMS DB has never heard of her.

Other meet results seem to show that she represents Ecuador, not the United States. Based on her other seed times at this meet (all in freestyle), it seems likely the 4:35 is her 400 freestyle time, mis-entered in the IM.

Hosszu has a training plan for 2020.
Several options with different methods. 🙂
USRKLPTT with Andrew in San Diego
Troy in Florida
Lucas in Montpellier

The new Californians Bingjie Li and her friends are there too.
Interesting to see how looks Conor Dwyer. Will he go to Irvine with some goals or just as a tourist?
The legend (real legend in that case) Anthony Ervin swims at that meet too. But I don’t expect anything from him before 2020 olympic trials. 🙂

That is quite the meet lineup

That was my first thought

Katina is so sweet. You go girl!!! Hope Coach Dr. Salo the Mr. Wonderful (in his own mind) will help guide you to success!!!