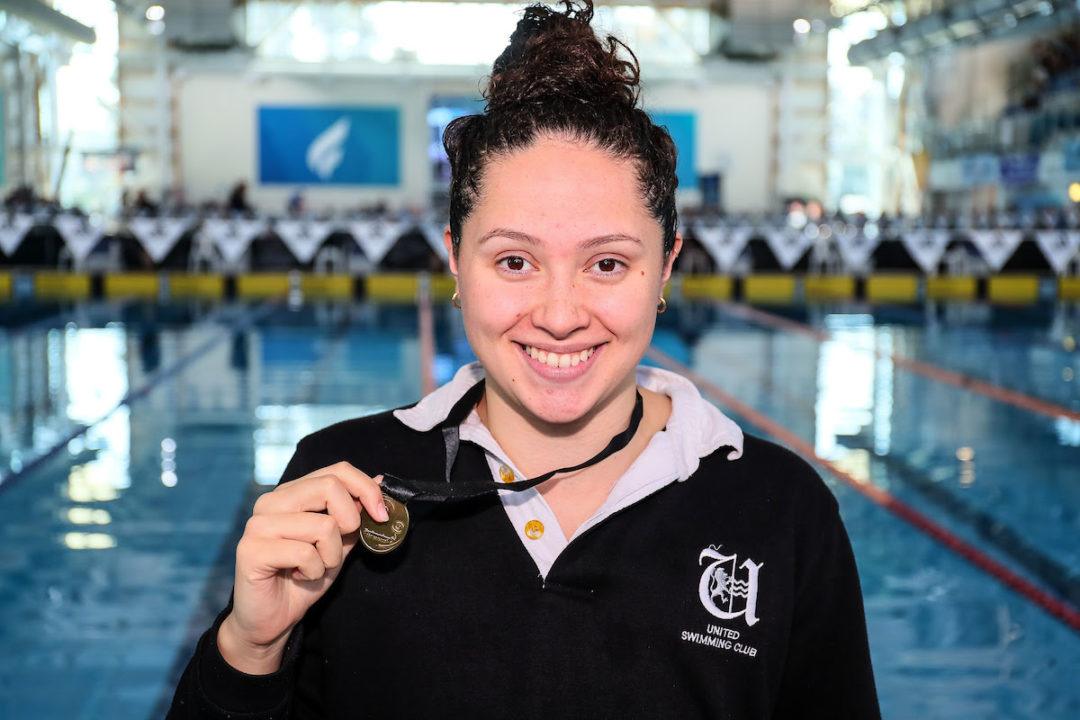 The event was led by a new personal best from Paige Flynn and two new Age Group Record swims from Kyla Alexander. Flynn swam 27.49 to win the event, which is her new best time.

Neither swimmer hit a FINA A standard for the meet, meaning that Flynn will have the right to the spot based on her B standard swim.

In the morning age group timed final, Alexander won the 17-18 race in 27.65. That broke the record of 27.73 set by Gabriele Fa’amausili at last year’s championship meet. Alexander actually beat Fa’amausili (who’s not swimming at this meet now that she’s attending college at the University of Georgia in the United States) when Fa’amausili broke that record: she was 27.71 last year to break the 16-year olds record.

In finals, Alexander undercut her mark again with a 27.60 for 2nd-place.

The other big record of the night was Caitlin Dean, who trains at Neptune under Lars Humer and alongside another age group freestyle phenom Erika Fairweather, who is competing at the Youth Olympic Games beginning this weekend. Dean swam a 16:25.17 in the 1500 free final, which was not only a new personal best by 33 seconds, but it broke the 18-year olds National Record of 16:31.23 by 6 seconds. The old mark was set by Samantha Lucie-Smith in 2010.