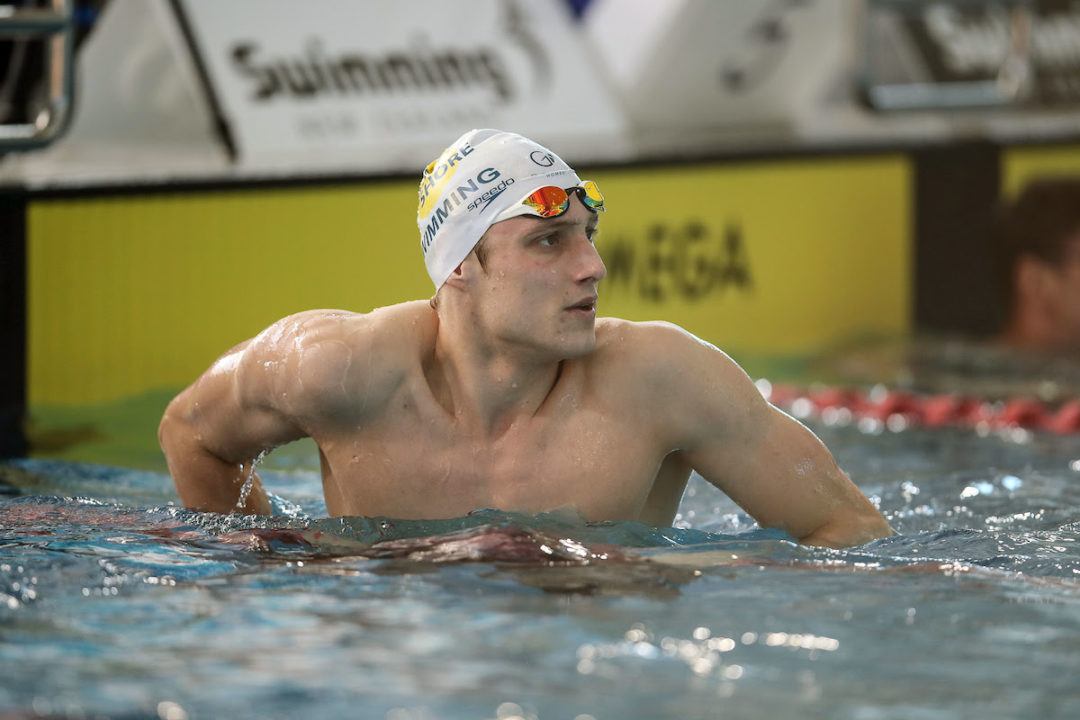 The New Zealand Short Course Championships, which serves as the nation’s selection meet for this year’s Short Course World Championships, got underway tonight in Auckland. Although Commonwealth Games medalist Lewis Clareburt wasn’t among the competitors, several swimmers made their mark on the meet by earning FINA ‘B’ qualifying times to earn consideration for Hangzhou.

Among them was national record holder Bradlee Ashby, the 22-year-old North Shore athlete who nabbed two new personal bests to top the podium twice tonight. First, Ashby battled Howick Pakuranga’s Daniel Hunter in the men’s 200m free, where the pair were separated by just .11 when all was said and done. Ashby took gold in 1:45.87 with Hunter right behind in 1:45.98, with both men dipping under the 1:48.70 FINA B cut.

Ashby’s next victim was the men’s 50m fly event where he notched the only sub-24 second time of the field. Ashby, who missed the NZ Open and Pan Pacific Championships this year due to injury, clocked a new PB of 23.96 to clear the FINA B cut of 24.03 and take home his 2nd top prize. Behind him in the fly sprint were Jeremy Tasker who touched in 24.18, while Hunter and Sam Perry tied for bronze in 24.22.

A highlight on the women’s side was Ciara Smith‘s new national age group record in the women’s 100m breaststroke. In the AM heats, the 17-year-old stopped the clock at 1:07.85 to take the top seed.  That mark surpassed her own NAG by a monster 1.19 seconds and wound up falling just .5 shy of Bronagh Ryan’s national record. Smith was slightly slower in the final (1:07.91), but still beat out the field with the only sub-1:08 time of the night.