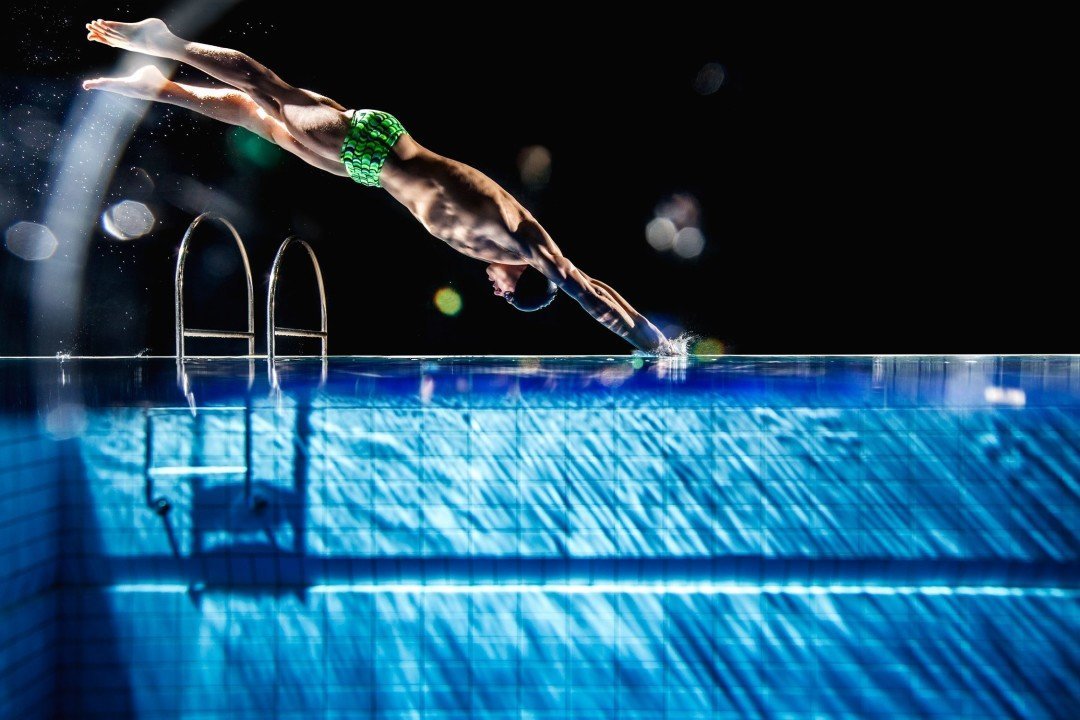 As every athlete knows, an infinite number of factors can make or break performance. It’s why there is so much focus on crafting the perfect diet, or designing a training regimen to best build muscle and increase endurance. But there is one key factor in athletic performance that has seemed untouchable: the air. Current photo via Funky Trunks

As every athlete knows, an infinite number of factors can make or break athletic performance. It’s why there is so much focus on crafting the perfect diet, or designing a training regimen to best build muscle and increase endurance. Or why athletes put such emphasis on things like mindset or finding the ideal training location. If there is anything that an athlete can do to gain even a slight competitive edge, it’s a no-brainer that they’ll do whatever it takes.

But there is one key factor in athletic performance that has seemed untouchable: the air.

The swimming community, whose athletes go to the ends of the earth to put themselves in the best possible shape, has struggled mightily to mitigate the unpleasant and unhealthy effects of chlorinated pool air. If you really step back and think about it, changes here or there can only go so far if an athlete is coughing his or her way through practice every day. Or if they’re racing in between inhaler puffs every weekend. High-quality air is essential for athletic success.

With the BioOx air-cleaning system, we’re taking aim at the overarching issue of air quality – and doing it at a price point that YMCAs and local swim clubs can afford. Teary eyes and coughing fits cannot just be par for the course when it comes to competitive swimming, and athletes – not to mention coaches and parents – deserve the reap the benefits that come from an optimal training environment.

Rob Busby, a head coach at Springfield YMCA in Illinois, knows this well. After approximately three months with the BioOx system, Busby has seen great improvements in what his swimmers are able to do during practice.

“They perform at a higher level for a longer period of time,” Busby said. “It used to be about 50/50 in terms of our athletes getting shut down during practice if they couldn’t breathe well, and now every kid is able to get through.”

Coaching athletes with the BioOx system in place has actually been a little bit of a mental adjustment for Busby – but in a good way.

“There was one day recently where I noticed where the ORP was and I was like, ‘Oh great, we’re not gonna be able to do what I want to do,” Busby said. “But the kids made it through, and if we had done that six weeks before I probably would have had to stop because of the air.”

“When the kids used to start coughing, I’d tell them to leave the pool deck, go get their inhaler and take a walk and see where they’re at,” he said. “And then of course I’d start wondering, ‘Should I be stopping practice because of air quality? Or is the kid sick?’”

Jim Peterfish, president of Youthletics Inc. swim club, understands this issue well because breathing problems were commonplace for athletes at his facility before he brought in BioOx. Parents of younger swimmers often watch while their athletes practice, and what they saw had a lot of them concerned.

“You get a couple kids coughing and then it’s an epidemic,” he said. “You know not all of it is real, but enough is. That’s a huge deal with parents because they look at it as they’re putting their kid in a hazardous environment.”

Busby’s Springfield YMCA conducted a survey after about a month with the BioOx system to see if patrons felt the difference. He said the results were so overwhelmingly positive that swimmers who use the leisure pool – which did not have BioOx units on the deck – started pushing for BioOx.

“We got complaints from patrons who were coming to us saying, “hey! Our pool is not as nice now!” Busby said. “So we actually ended up calling up BioOx again and adding a few more units.”

With BioOx, we’re improving the health of athletes, therefore giving coaches the freedom and assurance to train their athletes smarter and better. It’s for that reason that Busby said he can’t wait to train for a full season with BioOx.

“I’m excited to have a whole year where I can just coach,” he said. “I don’t have to think through every little thing anymore or worry that we’ll have issues the rest of practice if the first group does a kick set. That was a huge point of frustration, and now I don’t have to worry about it.”

For Peterfish, the lack of predictability when it came to air quality was a real impediment to getting the most out of his athletes.

“You can deal with something like a one-time electrical failure, but the air quality issue was so frustrating because it was chronic and you never knew whether or not the air would be acceptable,” he said. “What BioOx has done is given us consistency.”

That consistency has translated to more practice time. In previous years, Peterfish said his athletes would have to miss about a half dozen practices during the coldest months because opening the facility doors wasn’t feasible during an Ohio winter. After bringing in BioOx at the end of last year, Peterfish did not have to cancel a single 2018 practice due to air quality – a fact he suspects may have had an impact on his athletes’ performance.

“We had more age-group kids qualify for the Junior Olympic Championships, which is how we tend to judge the success of our age-group program,” he said. “Our head age-group coach deserves a ton of credit there, but you can certainly also correlate the lack of lost practice time.”

Any athlete will perform better under healthier practice conditions. With BioOx, we’re impacting not only the world of competitive swimming but also equine sports. The same revolutionary biotechnology that neutralizes the harmful toxins in pool air creates healthier conditions for horses. Horses housed at stables with BioOx improved their racing times and lessened their asthma symptoms.

“Whether we’re working with swimmers and coaches, or horses and trainers, we as a company are built on the idea that you can have a dramatic positive impact on an athlete’s performance if you can ensure them clean, healthy air,” said BioOx Sales Director Ken Schapiro.