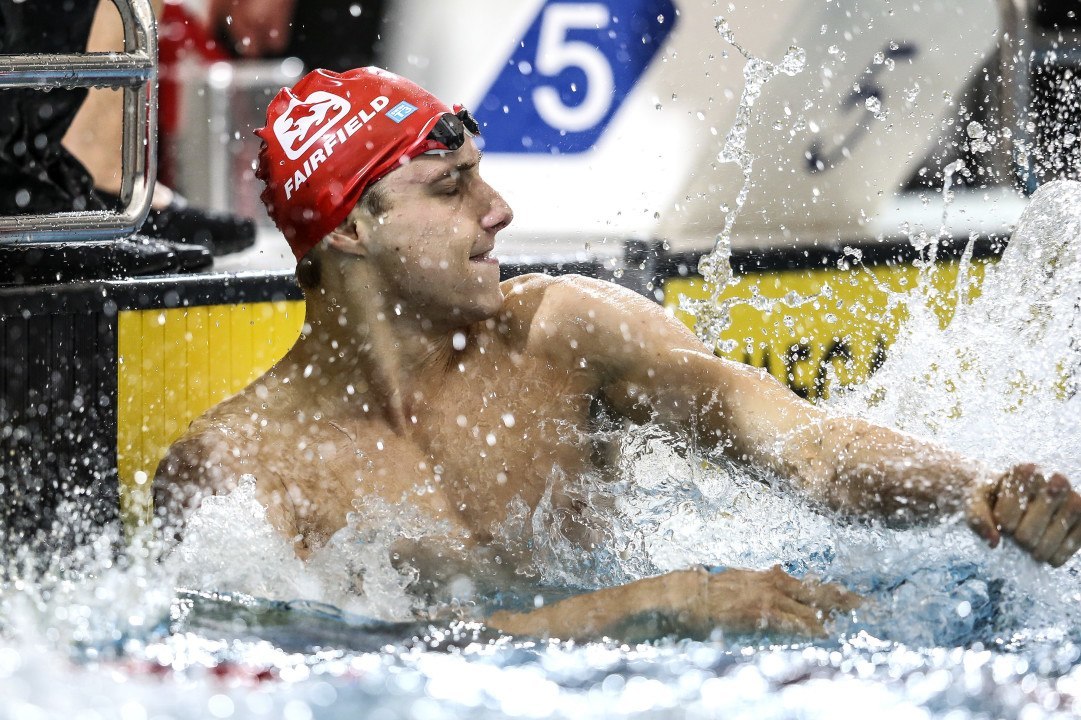 Bradlee Ashby added two more gold medals to his incredible haul on the penultimate day of the New Zealand Short Course Championships in Auckland, bringing his individual total to seven for the competition.

The 22-year-old started things off with a decisive victory in the 200 backstroke, throwing down a time of 1:53.03 to win by two seconds and fall just a few tenths shy of Matthew Stanley‘s national record (1:52.87). “I was talking earlier with my coach Matt (Woofe) about working into the walls and hitting that third 50 the same way I did in the 200 freestyle, and it paid off”, said Ashbee.

Behind him, 18-year-old Thomas Watkins had broken Gareth Kean in the preliminaries in a time of 1:55.88, and further lowered it in the final to take 2nd to Ashbee in 1:55.05. That swim gave him a near three second drop from his PB entering the meet, as it had stood at 1:57.91.

In the women’s 200 back, Emma Godwin was the victor by close to five seconds in 2:07.48, giving her a personal best and getting her under the FINA ‘B’ standard. “It was a massive PB for me, it was about keeping the stroke rate up, keeping the turns accurate and smashing those underwaters,” said Godwin.