Kelsi Dahlia Ties Her Own American Record in 50 Fly 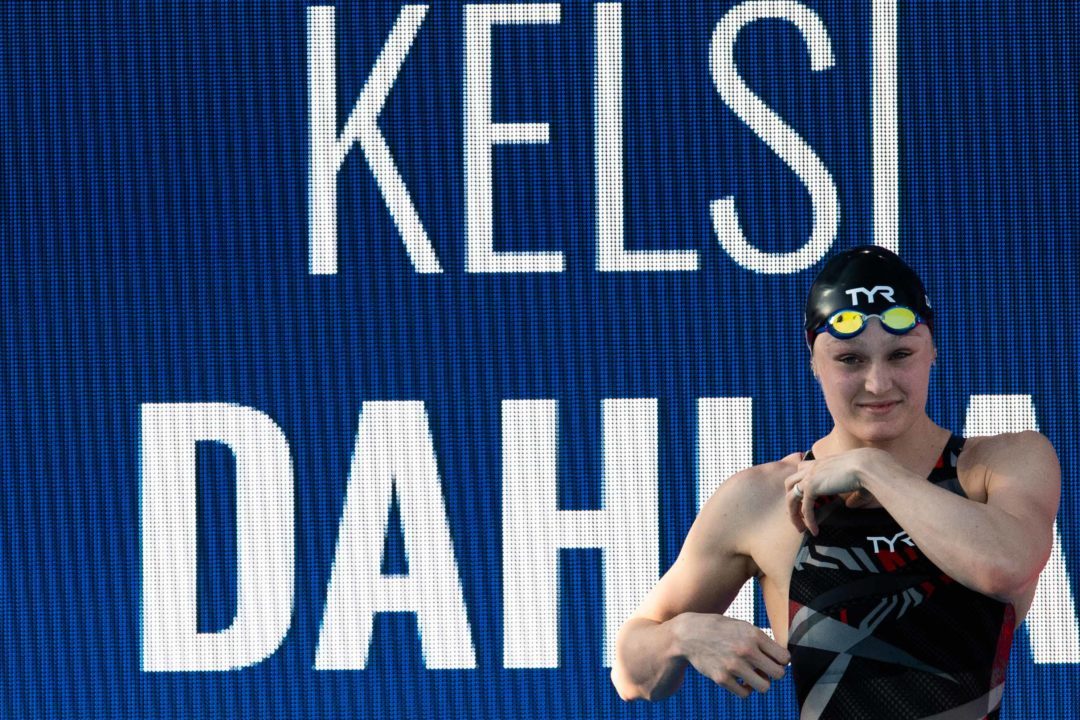 Kelsi Dahlia tied her own American Record and came within .02 seconds of the U.S. Open Record in the 50 fly on Thursday in Irvine. Current photo via Mike Lewis/Ola Vista Photography

Kelsi Dahlia is not yet qualified for the 2018 Pan Pacs team, but on Thursday evening in Irvine she sealed up her spot on the team for the 2019 World Championships. In the process, she tied her own American Record in the 50 fly of 25.48, and broke Dara Torres‘ Championship Record of 25.50 done in 2009 during the super-suit era. She remains the 11th-fastest performer in the history of the event.

Dahlia, formerly Kelsi Worrell before her wedding last year, was .02 seconds away from the U.S. Open Record as the fastest swim by a swimmer of any nation on American soil. That record belongs to Japanese teenager Rikako Ikee, who swam a 25.46 at last year’s World Junior Championships in Indianapolis.

Dahlia’s last 25.48 in the race was done at the 2017 World Championships, where she placed 4th in the event (.09 behind bronze medalist Farida Osman, and .10 behind Ranomi Kromowidjojo for silver). She also won bronze in the 100 fly at that meet.

Dahlia finished 7th in the 100 free on Wednesday, her first race of the meet, with only the top 4 earning an invite to Pan Pacs. Her next race, and primary race, is the 100 fly, which is her best chance at qualifying for the Pan Pacific Championships that run from August 9th-12th in Tokyo.

Congrats Kelsi! You are awesome! Looking forward to seeing your 100 fly!