Manuel, McLaughlin, Ledecky Will Swim the 4×200 Relay Final for the USA 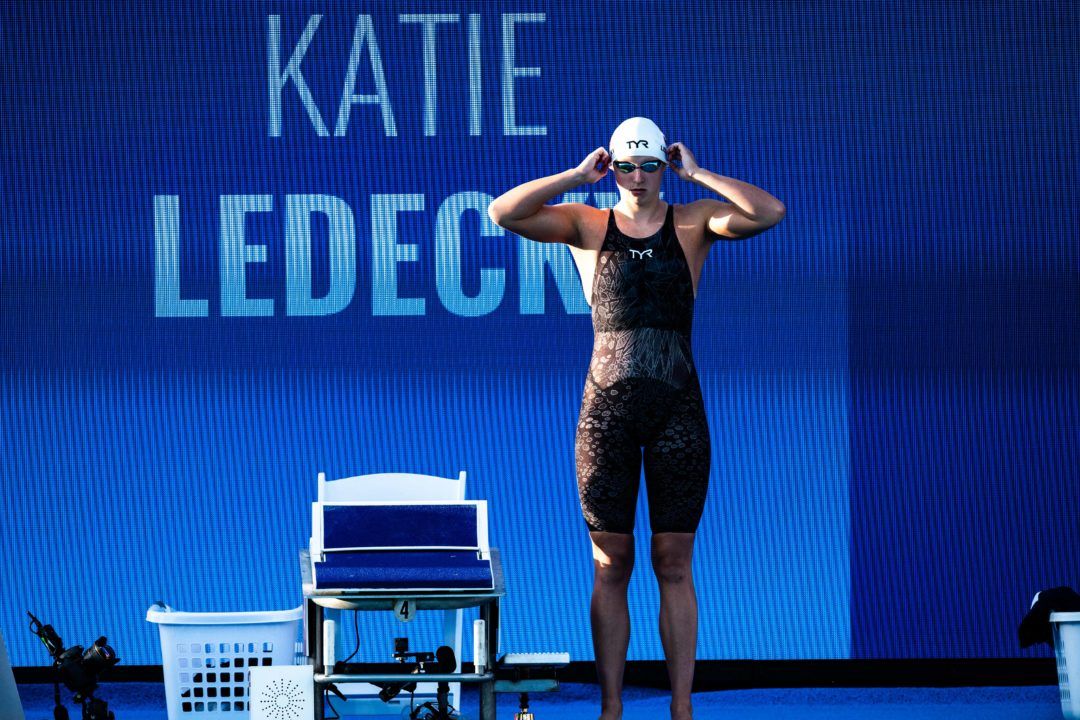 After scratching races due to being ill, Katie Ledecky will join the stars and stripes for the 4x200 free relay final. Stock photo via Mike Lewis/Ola Vista Photography

The day 5 finals session will conclude with the women’s 4×200 free relay, where the US women have been undefeated since 2011. The top seed into the final is Australia, who could make history and earn their country’s first-ever event world title.

The only returning member from prelims is Melanie Margalis, who had the fastest split of the entire field with a 1:56.37. Notably left off the relay is Allison Schmitt, who was a member of the last 2 Olympic winning 4×200 free relays. Another replacement was Leah Smith, who has been swapped with Simone Manuel as she enters one of her first major international 4×200 free relays. After an incredible comeback at the 2018 US Nationals, Katie McLaughlin will hop on the relay alongside Katie Ledecky, who was battling illness in the prior days.

Aside from Margalis, the remaining prelims relay splits went 1:59, 1:58, and 1:57, which put the Americans in 2nd after prelims.

400 free champ and 200 free runner-up Ariarne Titmus is in for the Aussies as is Emma McKeon, who also is coming off battling an illness that kept her from the individual 200 free. Madison Wilson and Brianna Throssell will have a second relay swim after both split 1:56s during the prelims session.

With Ledecky’s state in the pool unknown, as is Manuel in the 200 free, there is a possibility the Aussies could become a major threat for the Americans.

Anna Egorova will swim for Russia as she replaced prelims-swimmer Daria Mullakaeva. While Anastasia Guzhenkova split only a 1:59.04 in prelims, Veronika Andrusenko and Valeria Salamatina both split 1:57s in the prelims.

The Chinese women won the silver medal at the 2017 World Championships. Returning members of that quartet are Li Bingjie and Zhang Yuhan, who are both 1:56-capable swimmers. Coming on the relay and rested for finals will be Yang Junxuan and Wang Jianjiahe.

Although placing 6th in prelims, the finals Canadian quartet looks very strong to contend for a medal. Coming back from prelims are Kayla Sanchez (1:58.88) and Emily Overholt (1:57.11). The remaining splits of 1:58.74 (Smith) and 2:00.37 (O’Cronin) will be replaced with Penny Oleksiak, who went 1:56.59 to placed 6th in the individual, and NCAA runner-up Taylor Ruck.

Did someone miss that there’s already an article about this with a very similar title? Haha

Can’t wait to see what her and Manuel can do