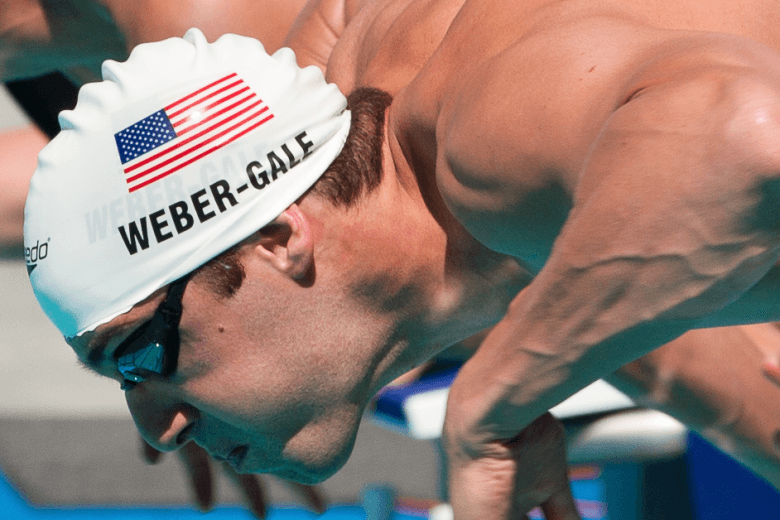 NCAA front-runner Max McHugh was the biggest name at Schroeder YMCA’s first meet back from quarantine (covered separately here), but he wasn’t the only swimmer with a breakout performance.

Among the other highlight swims was a 1:02.43 100 meter back from rising high school freshman Jack Sullivan. That time broke Garrett Weber-Gale‘s Schroeder YMCA Team Record for 13-14 boys.

The old team record of 1:03.11 was set by Garrett Weber-Gale from August of the year 2000. Weber-Gale, now retired from competitive swimming, went on to become an NCAA Champion in the 100 yard freestyle individually at the University of Texas. He also won 2 relay gold medals as part of Michael Phelps’ 8-for-8 quest at the Bejing Olympic Games.

That swim was Weber-Gale’s last remaining team record at his childhood club.

Sullivan’s own previous lifetime best in the event, set in June of 2019, was a 1:05.68. Since that 1:05, he’s cut two-and-a-half seconds off his best time in the 100 yard back as well, having swum 54.53 in early March, shortly before coronavirus quarantines began rolling out across the country.

Schroeder has two other meets scheduled over the next month. From July 25-26 they will have a distance/sprint meet, where the first day is distance events and the second is sprint events. They are expecting 5 teams to attend that event.

Other Highlights of the meet:

Ummmmm not to be picky here but what event was it? 🙂

Sorry, why was that rude? Schroeder Y has a long, well-deserved and outstanding reputation, and has produced a number of really high level swimmers (GWG among them). Not that a 1:03.1 is a bad time for a 14-year old; I just would have thought a club with its history would have had a faster record over the last 20 years. And now it does.