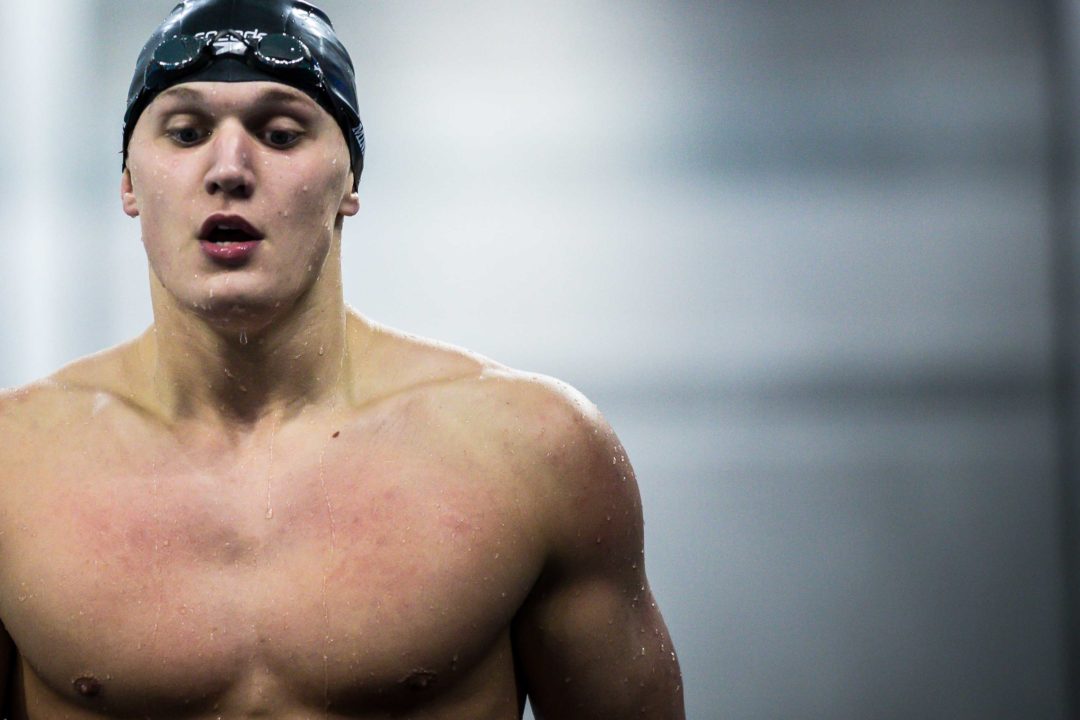 In his first racing since the Big Ten Championships at the end of February, the NCAA’s fastest 100 yard breaststroker from the 2019-2020 season Max McHugh swam the 50 and 100 meter breaststroke this weekend at a small meet in his home state of Wisconsin.

The meet featured swimmers from 4 Wisconsin teams, with most of the participants coming from the host Schroeder YMCA squad.

McHugh and his older brother Conner, a former NCAA All-American, were the only two representatives from the Door County YMCA Swim Team – a squad coached by their dad Michael.

For Conner, the results were his first since December’s US Open.

Max McHugh‘s best times in those events in long course are 27.27 and 1:00.99, respectively. A former member of the USA Swimming Junior National Team, the end of his long course season last summer was interrupted when he and one of his Minnesota teammates were hit by ‘stray gunfire’ in downtown Minneapolis.

He finished his season at a Sectionals, where his swim in the 100 breaststroke ranked him 16th among Americans that season.

His short course results indicated no significant long-term performance impact from the injury, and he hasn’t had many opportunities to swim in long course since. His swims this weekend represent just his 2nd and 3rd official long course races in the last 11 months.

Aside from the McHugh brothers, among the most significant results from the weekend was a win in the 100 fly by 16-year old Jack Lustig in 59.21. That was a 2.7 second improvement over his previous best time of 1:01.95 that was swum in May of 2019.

After last summer I wouldn’t say that