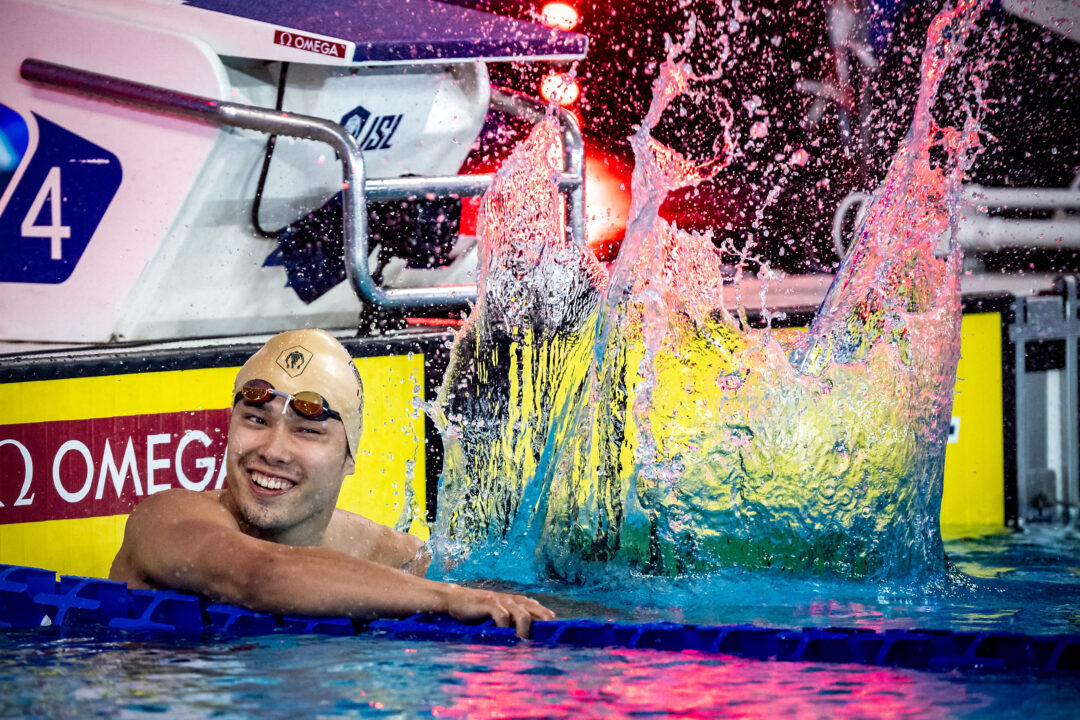 Katsumi Nakamura put up the 9th fastest 100m freestyle time of his career to top the podium on day two of the 2022 Kosuke Kitajima Cup. Archive photo via Giorgio Scala / Deepbluemedia / Insidefoto

After a feisty 1:53.87 200m butterfly performance from Olympic silver medalist Tomoru Honda to kick off this 2022 Kosuke Kitajima Cup yesterday, day two was on the more subdued side.

We still were able to catch 21-year-old Rikako Ikee snag her first gold of this annual competition, following up on her 200m freestyle silver from last night.

Today, Renaissance’s Ikee produced a winning effort of 54.64 in the 100m freestyle, getting to the wall .29 ahead of runner-up Chihiro Igarashi who touched in 54.93. Rounding out the top 3 was Nagisa Ikemoto, although the teen was well back in 55.44.

As for her 54.64 outing here, it’s a promising creep toward her lifetime best and Japanese national record of 52.79 from 4 years ago. This early in the long course season, the swim ranks as her 6th fastest from returning to racing in late 2020 after battling leukemia.

In her comeback, Ikee’s 100m free best was the 53.98 she logged at the Japanese Olympic Trials in April of 2021, good enough to clinch her spot on the nation’s women’s 4x100m free relay which ultimately placed 9th.

This competition marks the two-time Olympian’s second racing opportunity of 2022, having already competed at the Tokyo Metro’s New Year Meet. In that short course affair, Ikee logged wins in both the 100m and 200m free.

Is it true that Ikee swam butterfly in a freestyle heat?

Yes, Ikee did swim butterfly in a freestyle race, and came in first in her heat with a time of 25.6 I think, beating out the other 5 swimmers who were swimming crawl.

Here is the video of Rikako Ikee beating the crawl-swimming freestyle competition in her heat using butterfly.

Rio Shirai having a great meet too! Won 2 back and 2 free.

Shioura was slower than Nakamura in the 100 by over a second.. oof.

Pretty popular double: Marchand, Seto and Razzetti could also go for it and of course Phelps, Belmonte, Hosszu, Flickinger and many others did it in the past. Shows again that being great in the 200 fly often has more to do with having great endurance than with being great in butterfly.