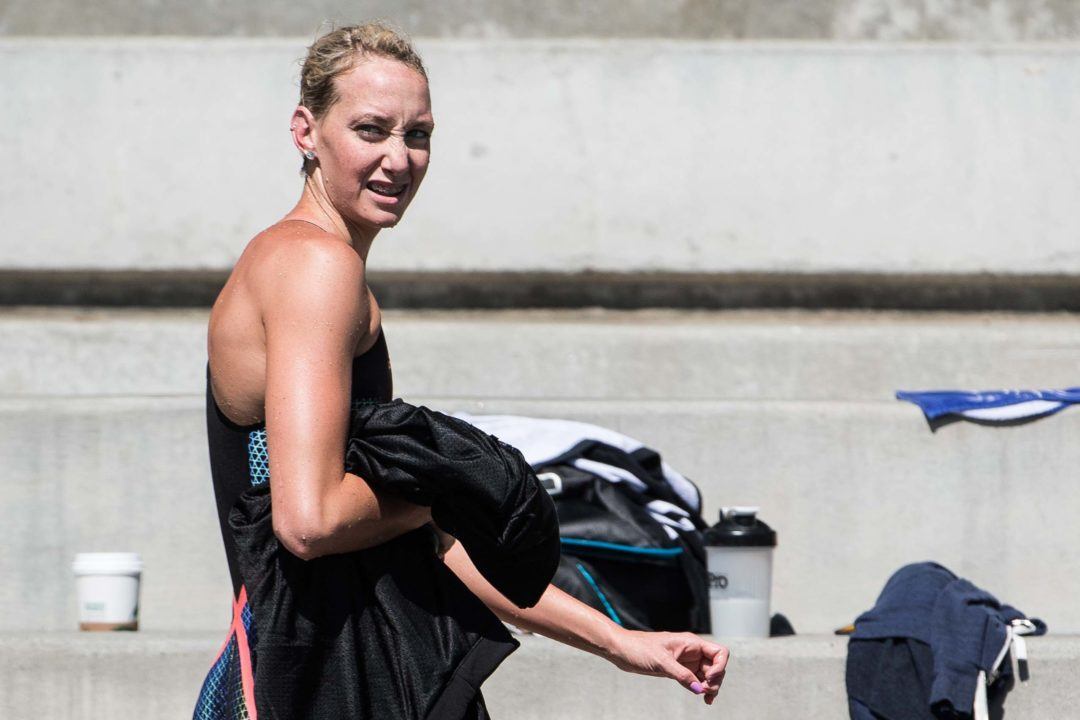 Another successful day at the office for Madi Wilson, as the two-time Olympian notched another win at South Aussie State Championships. Archive photo via Mike Lewis/Ola Vista Photography

After a grueling multi-event schedule yesterday at these South Australian Championships, 27-year-old Madi Wilson was back at it today, capturing another individual win.

Matt Temple and Zac Incerti traded places among the top two finishers in two men’s events. Temple topped the men’s 100m fly in 54.95 after having notched 54.22 in prelims, while he scored runner-up honors in the 100m free in a mark of 50.37.

It was his Marion teammate Incerti who got to the wall first in the 100m free in 49.50 while Incerti’s 55.66 rendered him the silver medalist behind Temple in the fly.

On the age group front, 17-year-old William Petric posted the fastest 200m IM performance of his career en route to topping the podium. The Nunawading teen crushed a time of 2:01.78 to hack nearly a second and a half off of his previous personal best of 2:03.41 from last year’s Australian Age Championships.

Holly Barratt of Rockingham notched a time of 25.87 as the far and away leader in the women’s 50m fly.

We reported on how Barratt has been unable to travel all the way home after having been the sole Australian representative in Abu Dhabi at December’s Short Course World Championships.

Where has lani Pallister been? Haven’t seen her since trials in June…

Not sure when Kyle will be able to come back.. ideally he would have been racing against those boys in those events .. I think he’s gone fishing for now

Yes according to his instagram he is visiting his Grandparents this weekend and no doubt cheering on the boys from there!

Promising swims from all, By April they should all be flying!