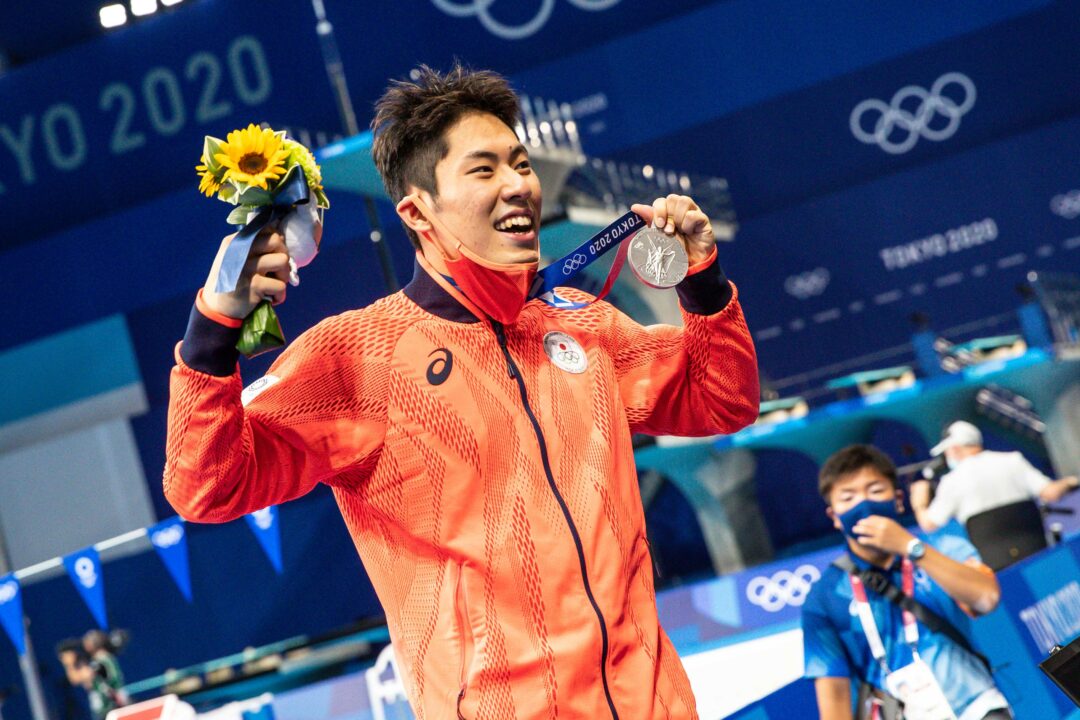 Putting his fly finesse on display was Tokyo silver medalist Tomoru Honda, kicking off his new year with a 1:53.87 in the 200m. Archive photo via Jack Spitser/Spitser Photography

A big-time swim was thrown down tonight in Tokyo, as reigning Olympic silver medalist Tomoru Honda took on his pet event of the men’s 200m butterfly.

Racing on day 1 of the 2022 Kosuke Kitajima Cup at Tatsumi International Swimming Centre, 20-year-old Honda busted out a time of 1:53.87 to handily beat the field en route to nearly matching his runner-up result from this year’s Games.

Splitting 54.63/59.24 this evening for a new meet record, Honda got to the wall a full 2 seconds ahead of runner-up Takumi Terada, who clocked a mark of 1:55.87 for a solid outing in itself for his first race of the new year.

Looking back at Honda’s Olympic appearance, the Shigeki Kayahara-trained athlete registered a time of 1:53.73 to snag silver behind winner and world record holder Kristof Milak of Hungary, earning Japan’s sole medal on the men’s side. That performance checked in as a lifetime best, which means Honda’s result here rests just under .20 off of that medal-grabbing outing.

Although Honda has a stretch to go to enter Milak’s 1:50/1:51 territory, the fact that the Japanese ace is already this quick this early in the year is promising for the summer’s international swimming schedule.