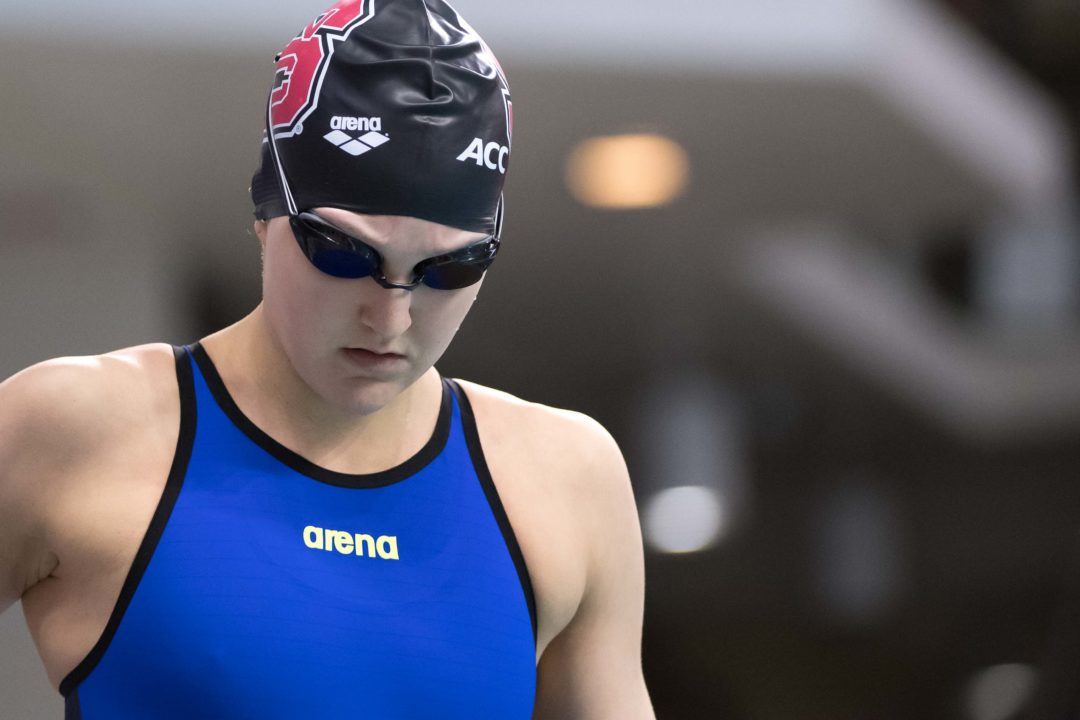 Listed beside the women’s 1500m freestyle now is Molly Kowal, the Ohio State Buckeye who finished 6th in the race at last year’s U.S. Nationals.

At the 2019 U.S. Open Water Nationals this past May, Moore was given a second yellow flag on the fifth lap of the women’s 10k and thus disqualified. Officials were unable to get her attention during the race, so she finished before finding out about the DQ. An official protest was filed, but the disqualification was upheld.

She bounced back and roped in a qualifying spot in the women’s 5k, however. As such, Moore most likely dropped out of the 1500m at WUGs in order to focus on the World Open Water Championships.

Update: Moore confirmed to SwimSwam, “It was not possible to participate in both competitions. I will only be competing in the World Championships. I was sad to not be competing alongside my Wolfpack in Italy, but I’m really excited for my first World’s in the 5k.”

As for Nowicki, he is the former Oakland Univesity athlete who announced in May he was turning pro and, therefore, ineligible for WUGs.

Hannah Moore is listed on the USA Swimming website on the USA roster for World Championship Open Water 5K.

Are the us swimming the medley relays

Correct me if I’m wrong, but Nowicki is out because he hasn’t been in a college class in quite some time. His pro status doesn’t matter.

That is what I thought too! Going pro is not really the reason he isn’t on the wug team. In fact, the article actually says you don’t have to be an amateur.