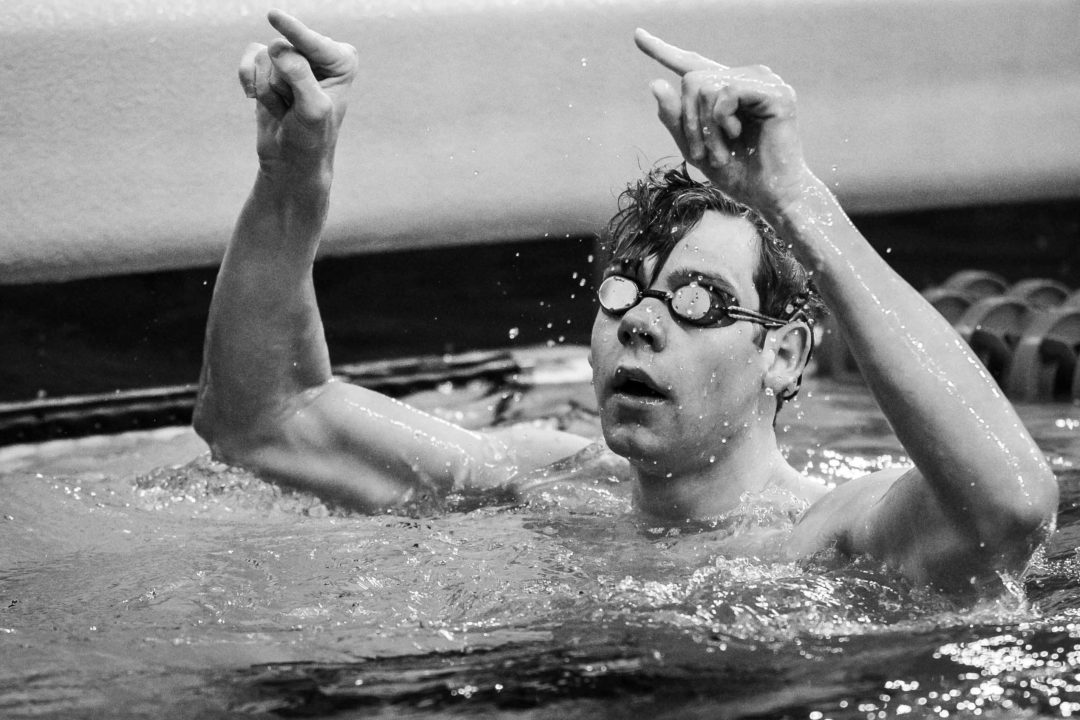 The USA carried this momentum into the 400 IM, where Sean Grieshop picked up another silver. After that, the US was the only nation to top the podium as Kaersten Meitz picked up gold in the women’s 400 free, and was joined by teammate Sierra Schmidt who won bronze. The Americans closed the meet with a pair of victories in both the women’s and men’s 4 x 100 medley relays.

In total, the Americans far outperformed their 2017 haul at this meet. Last time around, they won 11 gold, 9 silver, and 8 bronze, for just 28 total medals: lower in each category. Japan held serve, even with a less-recognizable team than normal, as did Russia – thanks to including a large number of their World Championship swimmers. There was far less diversity in medal-winning countries, however: in 2017, 26 teams won medals; this year, only 16 did.

Japan picked up 4 new medals during the final session of swimming in Napoli. Yuki Ikari won their only gold of the evening in the 400 IM; Kosuke Matsui nabbed silver in the men’s 50 free; Sachi Mochida took bronze in the 200 fly; and the Japanese women’s 400 medley relay won silver, nearly chasing down the Americans in the final 200.

Jhennifer Alves won Brazil’s one and only gold medal of the competition in the women’s 50 breaststroke. The Brazilian men later won bronze in the 400 medley relay.

Great Britain picked up one medal of each color. First, Emily Barclay won bronze in the women’s 50 free; then, David Cumberlidge won the men’s 50 free in 21.97, making him only the 4th British man in history to go under 22-seconds; finally, in the women’s 50 breast, Sarah Vasey touched just 1/10th behind Alves for silver.

Russia did not win any golds on day 7 of WUGs this year, but did pick up a silver in the men’s 400 medley relay and two bronze medals. Russia’s first bronze came in the 50 free, where yesterday’s swim-off winner Daniil Markov touched in 22.39, exactly the time that tied him for 8th in the semis yesterday. Russia also picked up a bronze in the men’s 400 IM by way of Maxim Stupin.

Chelsea Hodges picked up Australia’s one and only medal, a bronze, in the women’s 50 breaststroke.

Canada finally got on the board at the very last opportunity, earning a bronze medal in the women’s 400 medley relay. (The Canadian men’s relay team did not advance out of the prelims.)

The take away, as always: Swim SC Yards to dominate world swimming in LC Meters…

And have a huge population

Pretty dominant performance for the USA. I tried to check other years, and I couldn’t find a year when the US had more golds or total medals. The USSR did had a lot of medals in 1983, however.

How many medals did the US win last time around?

According to Wikepedia, 28 medals

Japan sent a very small delegation to WUG. Also they all had to step up to cover each stroke in the relays- breastrokers doing free…etc. Imai doing the free leg…so did Kanako Watanabe. It is amazing to see those swimmers in small statues like Horomura and other butterflyer can do those times. Well…Seto is another.