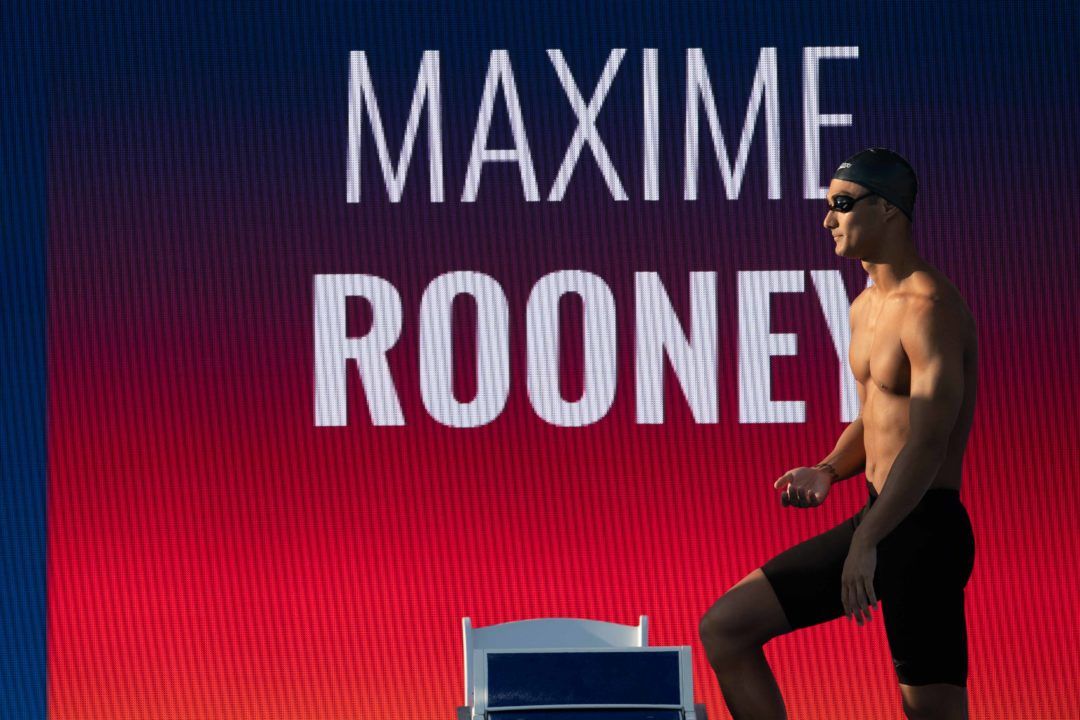 Most interestingly for Texas, swimmers John Shebat, Tate Jackson, and Jeff Newkirk are entered in the meet. Current photo via Jack Spitser/Spitser Photography

The Speedo Sectionals meet in Austin, Texas is set to kick off tomorrow, July 11th. The meet is set to be heavily attended, with almost all individual events having well over 100 entries. Among those entries, the vast majority of the Texas and Texas A&M rosters entered to race. Most interestingly for Texas, swimmers John Shebat, Tate Jackson, and Jeff Newkirk are entered in the meet. All 3 of those swimmers were at WUGs, which just concluded today. According to WUGs head coach Braden Holloway, Newkirk fell ill at the beginning of the meet, which is why he didn’t end up competing on the 4×200 relay, as he was originally supposed to. Newkirk is only entered in the 400 free at this meet, but given his illness, it’s probably unlikely he’ll actually compete.

Shebat and Jackson are only entered in two events each, and those events are on separate days. Shebat is entered in the 200 back on Day 1, and the 50 free on Day 4. Given that he’s still in Italy less than 24 hours before the meet starts tomorrow, he isn’t likely to compete in the 200 back. Althoug, we may see him race the 50 free on Sunday. Jackson is entered in the 200 free on Friday, and the 50 free on Sunday. Jackson did a fair bit of racing at WUGs, competing in prelims and finals of the 100 free, as well as the 4×100 free relay and 4×100 medley relay. However, since he doesn’t race here until Friday morning, he may still follow through on his entries.

Of the other Texas swimmers entered in this meet, some of the headliners are Maxime Rooney, Clark Smith, Madisyn Cox, Drew Kibler, Matthew Willenbring, Will Licon, Sam Pomajevich, Alex Zettle, Daniel Krueger, Anelise Diener, Julia Cook, and Andrew Koustik. The Texas squad appears to be swimming mostly primary events, with the notable exception being Shebat entered in the 50 free and 200 back. Rooney is set for the 100/200 fly, 200 free, and 200 IM, while Clark Smith is set to swim the 200 fly, 200 free, 400 free, and his first 1500 of the season. Madisyn Cox isn’t entered in the 200 IM, but is in both breastsrokes, the 200 back, and 100 fly. Licon is only entered in two events – the 200 breast and 200 IM. Kibler is set for all freestyle races – the 50-400 frees.

Texas A&M has some of its stars in attendance, such as Bethany Galat, Sarah Gibson, Clayton Bobo, Anna Belousova, and Shaine Casas. Galat is racing the 100/200 breast, and 400 IM, while teammate Belousova is sticking to just the 100/200 breast. Clayton Bobo (listed as Timothy Bobo on psych sheet) is entered to compete in the 100 free, 200 free, and 100 fly. Shaine Casas showed a lot of versatility this past NCAA season, but settled for just 2 events at this meet –  the 200 back and 200 free. Sarah Gibson is swimming the 100/200 fly and 100/200 free.

Events to watch out for:

Ruvalcaba Cruz–will he better Rooney in the 2 IM?

All Texas swimmers time trial and go best times in drag suits , full beards , and after a full workout .

The link should be fixed now. Thanks for letting me know!