Gretchen Walsh: Float Like a Butterfly… Almost Stung By a Bee? 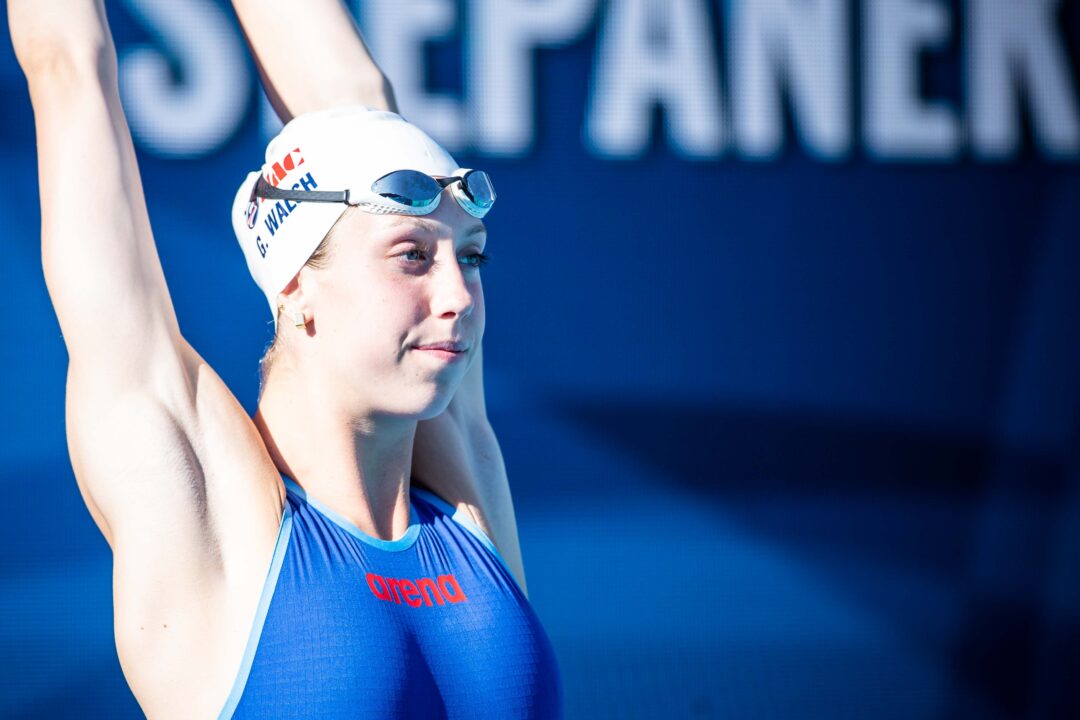 Even though Gretchen Walsh took the win in the 100 fly in Irvine, before the race she was preoccupied with the potential threat of a bee on one of the blocks Current photo via Jack Spitser/Spitser Photography

Gretchen Walsh rocketed off to a fast start on the opening 50, touching roughly eight-tenths ahead of the rest of the field. In the post-race race interview she said she had a rough turn, and Gabi Albiero closed the gap on the back half.

At the finish, it looked Walsh could’ve benefited from an additional stroke instead of a long glide, but it didn’t matter in terms of placing, as Walsh still touched ahead of Albiero, 57.44 to 57.82.

Walsh came within a whisker

So happy for her long course success! You can tell the pressure has lifted!

Full circle moment for Gretchen I bet. 2019 wins world juniors gold in 50/100 FR. She has a rough trials meet(s) in 21/22, then in summer of 22 wins her first LC national title basically tying her best time.