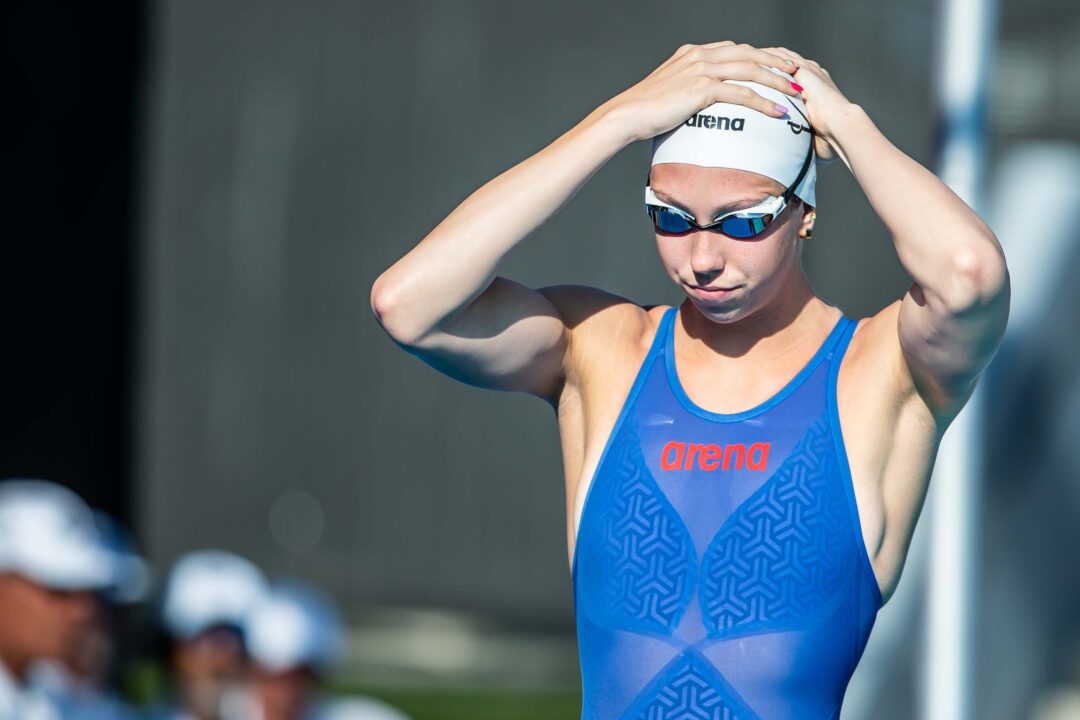 Virginia swimmer Gretchen Walsh and Florida Gator Kieran Smith have been named the female and male high point award winners for the 2022 US National Championships.

Over the course of the week in Irvine, Walsh raced the 50 free, 100 free, 100 back, and 100 butterfly, winning the National Title in the latter of the four events with her time of 57.44. She also earned runner-up finishes in both the 50 freestyle (24.47) and 100 freestyle (53.86), while finishing 5th in the 100 backstroke (1:00.03). Notably, this meet served as a “redemption” meet for Walsh, who failed to qualify for the 2022 US World Championships team and the 2021 Olympic Team after entering a favorite to make both teams. Citing her mental strategy, Walsh’s Virginia coach Todd DeSorbo had her wearing a practice suit through the prelims of the 100 freestyle, not allowing her to race in a tech suit until she hit a predetermined time standard. Based off of the fact that she raced in a tech suit for the 100 freestyle final and throughout the remainder of the weekend, Walsh’s prelims time of 54.77 presumptively hit the standard.

Isn’t high point something one earns, not named, its not like.its a vote.

Yeah I thought that was odd wording too.

Also why does USA swimming allow athletes to represent their club teams (ostensibly for the purpose of club excellence awards) even if they are training primarily with their college team and being coached by their college coach? That quote from Walsh make it seem like she was being coached by Todd DeSorbo during the meet, yet her club team gets the points for the club excellence standings? How does that work?

I support it. Giving credit where credit is due, DeSorbo is training her but her club team made her who she is right now.

Then again, I don’t really have a strong opinion on it either way, so I can’t rightly expect USA Swimming to.

This ultimately demonstrates what drives the economy of “swimming.” Right now, the money and financial value exists in clubs registering swimmers. This is sort of an old school mindset, college/pro coaches schmooz with the local club coaches this way, because the money is in the club coaches using it as a way to attract more swimmers, which again, is where the money is. NCAP is worth more as a business entity than the entire International Swimming League or Pro Swim Series, probably combined.

The shift in this tradition will represent a shift in the commercial incentives of the sport.

It’s a bit of a chicken-or-egg thing, do we shift the commercial balance and drive away these old school traditions? Or… Read more »

Someone fact check me on this, but I think Club Excellence is limited to 18/u swimmers, so while GW wears a NAC cap, I’m not sure there is anything besides marketing in it for them.

63 according to meet mobile.
Ledecky 60.