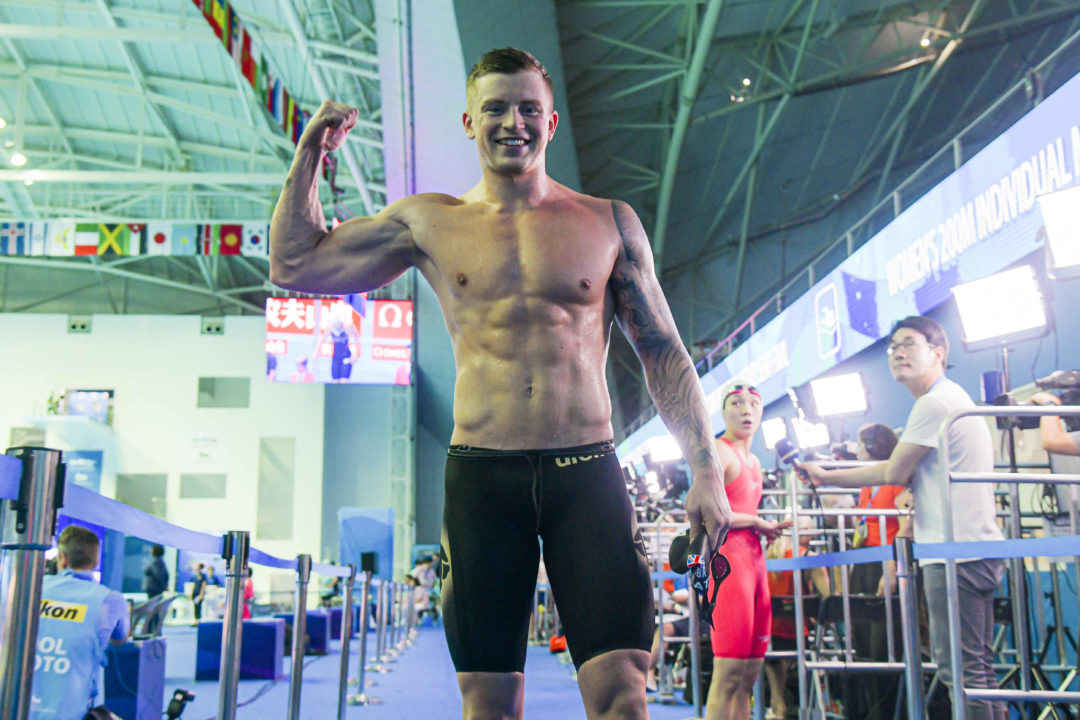 In September we reported the British Swimming Selection Policy for the 2020 Olympic Games coaching staff, but now it’s the athletes’ turn to get a look at what it will take to book a ticket to the big show in Tokyo.

As in 2016, the qualification times set forth by British Swimming are tough, intended to bring only the truly medal-worthy individual swimmers and relay participants to represent the nation next summer.

The sole official selection meet is the 2020 British Swimming Championships slated for the London Aquatics Centre April 14th – April 19th. You can catch up on our analysis of the qualifying times to even get into that meet here.

As in 2016, British Swimming has set-up a tiered approach to qualification, with the top finisher in each individual event earning a roster spot as long as he/she meets or exceeds the stiff qualification time listed in the first table below in the Open Final of the aforementioned competition.

After that, a maximum of 8 additional nominations, up from 6 in 2016, may be made at the discretion of the National Performance Director and GB Head Coach, partly based on the outcome of times achieved in Table 2 below. An athlete meeting or exceeding the time listed in Table 2 from the Open Final at the British Swimming Championships may be considered for nomination, but selection is not guaranteed. A maximum of 30 athletes may comprise the roster.

The selection process reads as fairly straightforward, that is until you take a look at the tough times required. The 1st Place Finishers time table carries times ranging from 1.3-2.0% faster than the FINA ‘A’ standard, with several marks sitting inside of the British National Record. Those specific QTs are as follows:

However, the British Swimming 2020 Olympic Games Selection Policy contains stipulations regarding the relays. For instance, the top 4 finishers in each of the Opoen Final of the individual 100m and 200m freestyle events at the British Swimming Championships will be ranked as a relay team with a collective time ranked against the ‘Table 2’ QT below. If the collective effort doesn’t qualify, the National Performance Director may use splits from the 2019 World Championships.

For reference, here were the British Swimming qualification times for the 2019 World Championships. In most cases the ‘1st place finisher qualifying standard’ matched the time held by the 5th-7th position within the world rankings, depending on the event.

For the ‘consideration times’, the female events were aligned with the 11th-13th position within the world rankings, depending on the event, whereas the men’s fell anywhere from 1oth to 24th based on the event.

Of the 2020 Tokyo Olympic Games qualification times, National Performance Director Chris Spice states,“We are now into the home straight as we head towards another Olympic Games and whilst we are in a good place, there is still much work to be done. The World Championships in July saw us win a number of medals, with some of our emerging talent stepping up and performing well on the big stage. We need to keep this momentum going throughout the next 10 months, with the 2020 British Swimming Championships the key stepping stone along the way.

“As usual our selection policy is geared around winning medals when it matters most, with qualifying times reflecting the level of global swimming at present. Winning medals at Tokyo 2020 will be much harder than this year’s World’s, but we’ll be doing everything we can to ensure our swimmers are as ready as they can be. Already we have seen an ‘Olympic-shift’ in our major centres as we narrow our focus this year, which is a great sign. The minute you stand still is the minute you will be overtaken, so we are looking forward to working with our key coaches and support staff in finding those small margins that may be so crucial in Tokyo.  And, of course, we will be working hard to ensure our athletes and staff can enjoy the journey together – it will be an exciting ten months ahead. ”

Great Britain finished 6th in the overall swimming medal table at the 2016 Olympic Games, a finish representing their best in decades. The nation collected a total of 6 medals, including 1 gold, courtesy of Adam Peaty‘s then-World Record-setting 100m breaststroke victory.

Additional individual medals came from now-retired Jazz Carlin who took silver in both the women’s 400m and 800m free, while Siobhan-Marie O’Connor claimed silver in the 200m IM event.

These ridiculously fast automatic qualification times have always been about keeping the coaches in control of who goes to stroke their egos. Anything faster than FINA A times is just folly.

is there any benefit for a highly competitive nation swimming-wise like GB to not have a full team? (assuming they would have potential qualifiers in every event)

Absurd, but an effective way to engineer who ends up on the team, so BS will continue this tactic.

People I think have a realistic chance of getting the 1st place selection times.

Probably, but in theory he needs to do 52.9 to qualify on his own “merit”. Obviously with the medley relay being important he knows he just has to win the 100 to get in but people swimming non-relay events whose face doesn’t fit better be preparing to get the shaft again.

Charlotte Atkinson has been inside the 200 Fly time and provided she can come back from being passed over for Worlds (unfairly in my opinion) then think she could put herself on the plane along with Thomas. Would also give options for Female & Mixed Medley relay as not much in their 100 PBs.