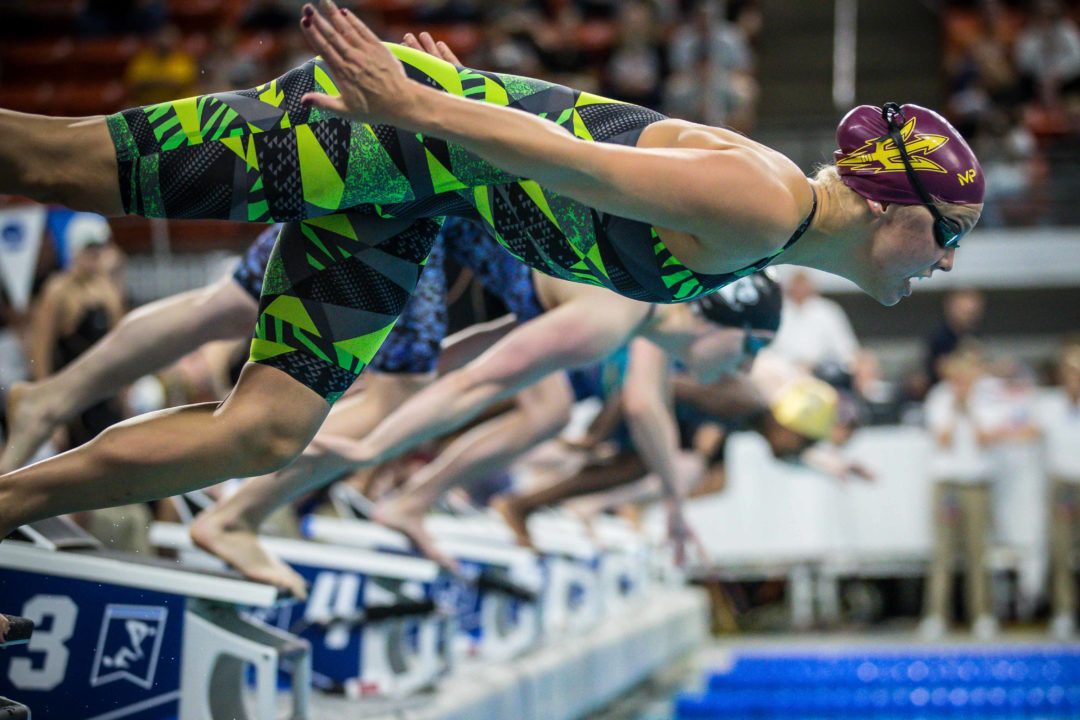 During the four-round women’s 50 free skins speed tournaments at the Monaco stop of the 2021 Mare Nostrum Tour, 25-year-old Fanny Teijonsalo broke her own Finnish national record in the 50 free at 24.77, tying the automatic Olympic qualifcation standard for Tokyo 2021.

During the skins preliminaries (eighth-finals), Teijonsalo placed 3rd at 25.22. Later in the quarter-finals, Teijonsalo ripped her newly-minted national record swim of 24.77 to qualify 2nd into the semi-finals. There, Teijonsalo placed 4th in semi-finals at 25.14, getting nocked out alongside Spaniard Lidon Munoz (24.98) for the top two finals spots. Winning the 50 free skins final was Danish Pernille Blume at 24.34, holding off French Melanie Henique (24.96).

At the 2021 European Championships, Teijonsalo broke the 50 free record twice during prelims and semi-finals. Teijonsalo first took down Mimosa Jallow’s former national record 24.90 from the 2018 Swim Open Stockholm in prelims at 24.86, placing 9th into semi-finals. Despite missing the final in 10th place, her 0.05s improvement of 24.81 took down her hours-old record.

Teijonsalo’s swim in Monaco also ranks her as the 33rd performer all-time in European history. Teijonsalo is also an ASU alum, rounding out her senior season contributing to two honorable mention All-American relays at the 2019 NCAA Championships.

As they say in Finland – hyvin tehty! Awesome swimming, Fanny!

This is great! Couldn’t have happened to a better person. Way to go Teijo!! 👏🏼🎉

ASU is proud of you, Fanny! (pronounced like: “Fawny”)