Grueling Schedule For Hosszu, Sub-Minute 100 Back For Toussaint In Monaco 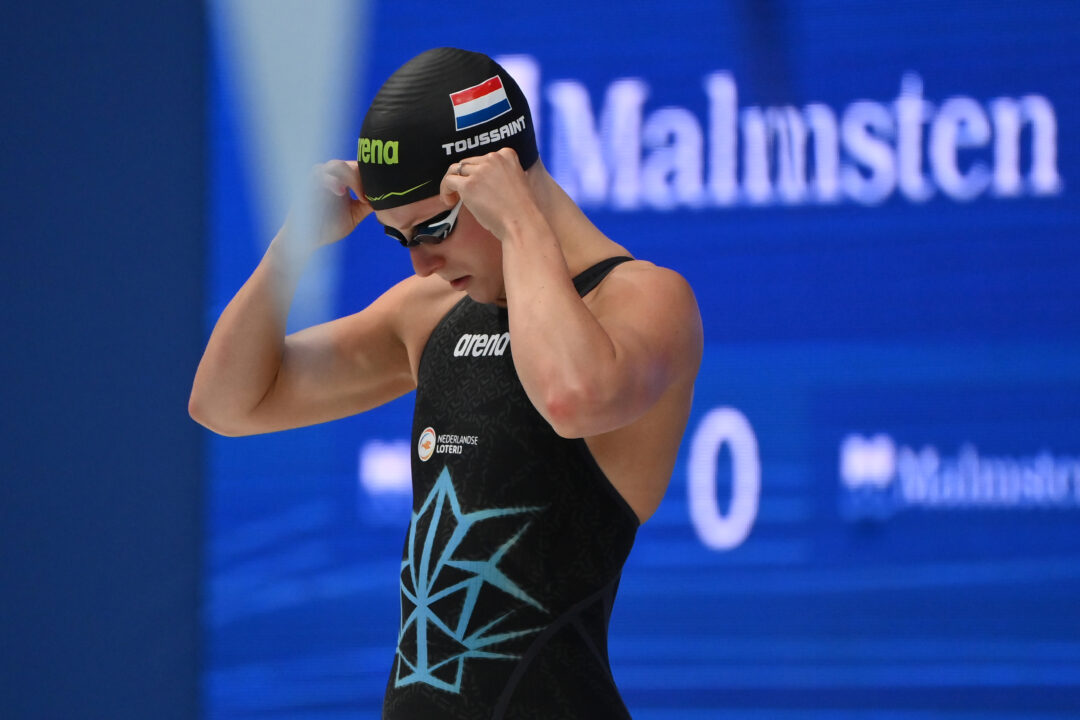 Day 2 prelims of the 2021 Mare Nostrum Tour stop in Monaco were on the subdued side, with no major explosive swims taking place at Prince Albert II Swimming Pool.

That could change in the finals, as Hungarian multi-Olympic medalist Katinka Hosszu pursued another hectic schedule loaded up with grueling events.

Hosszu was also in the 100m back event, claiming the 3rd seed in a time of 1:02.84. That result checked in nearly 3 seconds behind leader Kira Toussaint, the Dutch ace who took 50m back gold at the just-completed European Championships last week.

Toussaint touched this morning in 59.93 to clear the field in the only sub-1:01 result, adding yet another solid performance to her ever-growing resume. The former Tennessee Vol has been under a minute in this 100m back event well over 30 times in her career.

Going back to Hosszu, the 200m breast was next on her agenda, with the versatile history-maker producing a time of 2:39.04 in this secondary event for her. That ranked 9th, nearly 9 seconds off of leader Yuliya Efimova of Russia, who clocked 2:30.15 as the top-seeded swimmer.

Hosszu took a pass on the women’s 100m freestyle before taking on the 200m IM, a race that saw only 2 swimmers in the pool. Conserving energy, Hosszu posted a time of 2:14.36 to lead France’s Fantine Lesaffre who touched this morning in 2:18.26.

Le Clos was also among the 200m free competitors, establishing himself as the 6th-seeded man in 1:50.95 while Jordan Pothain of France registered 1:48.02 as the leader.

Finally, the women’s 200m free was led by Charlotte Bonnet of France in 55.36, with Spaniard Lidon Munoz right on her tail in 55.45 to set up a potentially heated duel come tonight’s final.

Munoz owns a lifetime best of 54.33 as Spani’s national record, while Bonnet has been as quick as 52.74 in her career.

What’s up with these slow times right before the games? What’s the point of coming to these meets and going this slow… this is why swimming is a joke at the pro level.

Every Olympic athlete has restarted with a block of training towards Olympic Games (even some participant to EuroChamps has trained through the event..). Useless comparing Swimming with other sports. Nonetheless Swimming, we know, is entertaining from October to August, with great results around the World even far from the main events. But this one of Monaco is a meet with a small number of participants, just after the Euros. I presume that the next events of Mare Nostrum will be more interesting.

I understand, but why not just race at home? It’s just boring to see such slow times come out of big names when they just went way faster a week or 2 ago. That’s what I don’t see the point of.

Are you going to actually do something about it?? Are you a coach, an athlete, or just someone ranting over something you have no idea about?

How 700m during 2 hours of average intensity training exercise can be grueling. Most likely this adjective has other meanings besides “extremely tiring and demanding”.