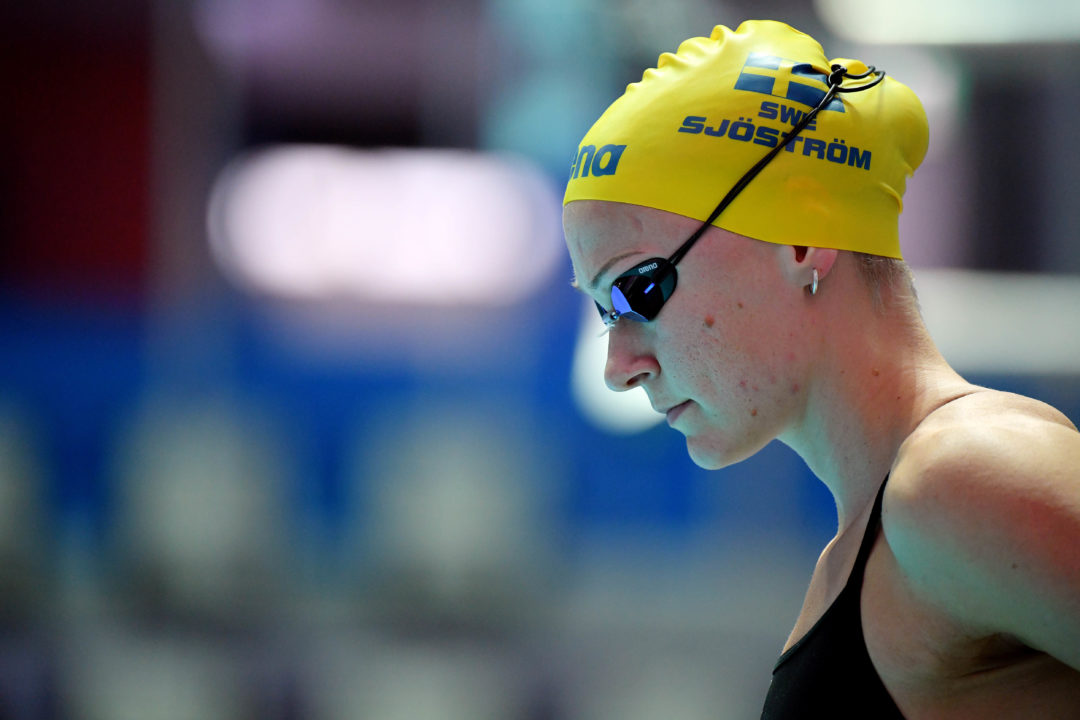 Sjostrom is officially scheduled to compete in Canet, while Chad Le Clos and Katinka Hosszu are among the names confirmed for all three stops of the series. Archive photo via Gian Mattia D'Alberto / LaPresse

One of swimming’s biggest superstars will make her return to the pool in less than a week’s time.

Three-time Olympic medalist and 11-time world champion Sarah Sjostrom is scheduled to race for the first time since breaking her elbow in early February at the second stop of the 2021 Mare Nostrum Tour in Canet, France.

Sjostrom, 27, immediately underwent surgery on the elbow, which she broke slipping on a patch of ice in her native Sweden, and was back in the water three weeks later – albeit only kicking. The defending Olympic gold medalist in the women’s 100 butterfly, Sjostrom wasn’t able to return to full fly training until May, and has said she may only swim freestyle at the Olympics.

According to a list provided by Mare Nostrum, Sjostrom is slated to compete at the second and third stops of the series in Canet (June 1-2) and Barcelona (June 5-6).

A few others, like Sjostrom, will appear in one or two of the meets, including:

Entries for the Monaco stop have dropped, with Hosszu entered in a staggering eight events for the two-day affair.

While we might expect the “Iron Lady” to drop a few of those races amidst the busy program, she did take on six at the last Mare Nostrum in 2019 – and some of the fields are pretty bare. For example, there are only three women entered in the 400 IM and five in the 200 IM, and with prize money on the line, taking on as many events as possible seems like her likely route.

Coming off a busy program at Euros is Kira Toussaint of the Netherlands, who is entered to race the women’s 50 and 100 freestyle along with all three backstroke events.

Fellow Dutch swimmer Arno Kamminga, who’s coming off a trio of silver medals at Euros, is the top seed in all three men’s breaststroke events, as is Efimova on the women’s side.

Does anyone know where i can watch this even?

Where can i watch this?

I wasn’t expecting any US swimmer on the list, and it figures. The US Olympic Trials is the biggest meet for Americans. Yes the Olympics is the pinnacle of the sport but, I’ll argue that making the team is the hardest part unless you’re KL.

Any information on a live stream?

I can only reiterate the conventional wisdom that Sjostrom’s recovery will only have a negative effect on her performance in Tokyo. Even if the arm is 100%, there is that psyche element that can be difficult to contain. I wish her well, but realistically. . . . her chances are somewhat diminished.

Why is this meet so close to trials? My swimmers will be prepared for the double meet, but most others won’t. Irregardless, good luck to our foes.