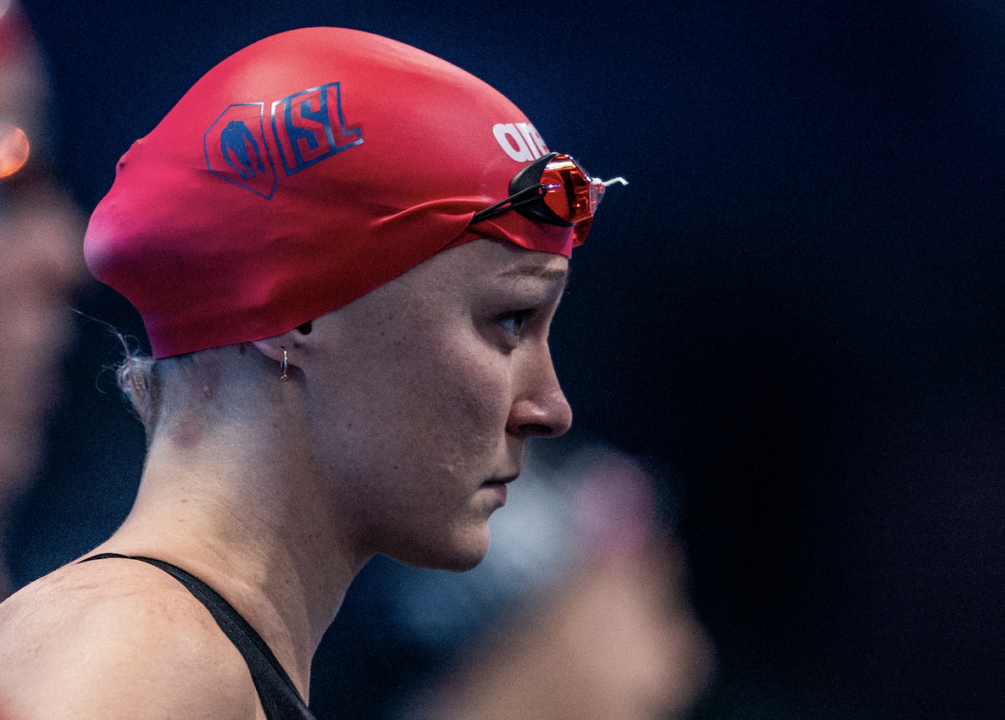 With fewer than 200 days until the 2020 Olympic Games in Tokyo, Japan, a potentially big blow has been dealt to the women's sprint free and fly events. Archive photo via Mine Kasapoglu for ISL

With fewer than 200 days until the postponed 2020 Olympic Games in Tokyo, Japan, a potentially big blow has been dealt to the women’s sprint free and fly events.

Olympic champion and world record holder Sarah Sjostrom revealed today that she slipped on the ice and broke her elbow while visiting a friend in her native Sweden. Her Instagram page shows the 27-year-old’s arm in a cast spanning her hand to nearly her shoulder, supported by a sling, after the incident.

In her own words, Sjostrom said, “Unfortunately I’ve got some bad news this snowy Sunday morning from Stockholm. Yesterday I slipped badly on the ice and broke my elbow when I fell on the ground. It’s obviously very shi**y timing and I feel devastated, but at the same time I’m determined and motivated to come back stronger then ever. I’ve seen athletes who come back stronger after injuries and they are my big inspiration now. Surgery is scheduled tomorrow. I have an amazing support team around me, and they will help me with rehabilitation.”

Swedish team doctor Rene Tour told the media today regarding Sjostrom’s recovery, “It is difficult to say exactly how long it will take.

“She will have surgery tomorrow. The conditions become very clear when you do the operation. So we’ll know more about the timing perspective then.”

Tour said that Sjostrom was very calm about the situation, stating, “It was a very difficult afternoon for her. But Sarah is a tough person, she’s in good spirits. She will come out of this strong. Her first comment was that it was good that it was the right arm and not the left because she is left-handed.” (SVT Sport)

Anna Hammar, communications manager at the Swedish Swimming Association, told Sportbladet regarding Sjostrom’s Olympic prospects in light of the injury, “Nobody knows.”

Hammar also said, “She is of course sorry that this has happened, but she is in good spirits, we hope for the best for the operation. She is tough and will get through this in a good way, but it is clear that it is unfortunate.” The Swedish Swimming Federation is holding a press conference later today.

Sjostrom was one of the most successful women’s swimmers at the last edition of the Summer Olympic Games in Rio, having collected a trio of individual medals. The Swede’s crowning achievement was topping the women’s 100m butterfly podium, but she also nabbed 200m free silver and 100m free bronze.

More recently at the 2019 FINA World Championships, Sjostrom went on a tear, earning 5 individual medals. She topped the 50m butterfly podium and snagged silver in the 100m fly and 50m free. She also collected bronze in the 100m free and 200m free.

We have reached out to Sjostrom for comments on her situation.

Terrible news, and the next few months are going to be difficult. But there’s definitely hope in the idea that they’re going in surgically to repair the bone.

Not sure how aware of this people are, but in February of 2008 Michael Phelps took a bad fall on the ice in Ann Arbor and broke his wrist. Doctors wanted to put it in a cast and let it heal in its own for 6-8 weeks. Bowman and Phelps insisted on surgery because the recovery time is quicker. Michael was back in the water in like 12 days, and 6 months later did what he did in Beijing.

Obviously not all injuries are the same, and Sarah’s Olympics are… Read more »

This is clearly the swedish government’s fault. If they would have imposed a lockdown, like most other countries did, then she wouldn’t have been allowed to leave her house and as a consequence never would have injured herself.

Most likely a devastating injury which will impair flexibility range of motion – I am praying for miraculous healing!!!

Damn that is potentially a career-ending injury depending on exactly where the damage is right?

Hope she gets back to her best, but it certainly won’t be an easy journey.

If there is the need for some hardware to help repair the break, she’s going to have significant trouble being ready. As @Hambone said, range of motion afterward is troublesome as well. Fingers crossed the damage is minor but if it isn’t…..the timing will be difficult.

I wish I knew less about this particular injury and swimmers.