Sarah Sjostrom Returns to the Pool 3 Weeks After Elbow Surgery 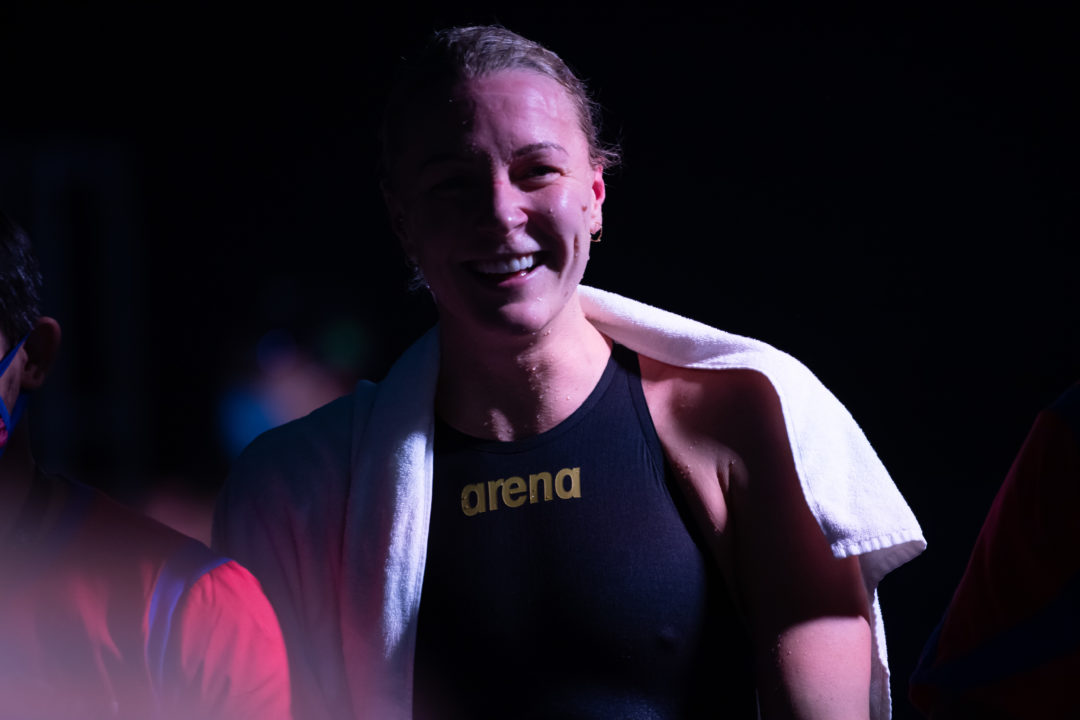 Sarah Sjostrom was in the pool for the first time in 3 weeks on Monday morning after undergoing surgery to repair a broken elbow. Archive photo via Mike Lewis/Ola Vista Photography

Sarah Sjostrom, one of the world’s best swimmers, returned to the pool on Monday morning, three weeks after undergoing surgery for a broken elbow.

Sjostrom broke her elbow in early February when she slipped on ice while visiting a friend in her native Sweden. Shortly thereafter, she underwent surgery to repair the injury, with Swedish team doctor Rene Tour saying that she might not be able to return to her regular training for 3 or 4 months. That worst-case scenario timeline would leave her just a month back in full training to prepare for the Olympic Games.

Screws and a metal plate have been installed in her elbow to help repair it.

Just 2 days after her surgery, Sjostrom posted a video of her with limited mobility of her arm.

Sjostrom was named the MVP of the inaugural season of the ISL in 2019, though she slid to 5th in season 2 after missing a meet due to a lingering back injury. Without missing that meet, her usual scoring pace would have put her between 2nd and 4th in the overall MVP scoring.

I admire you so much, Sarah!
You are inspiration to me and everyone.
Never give up and keep on working harder then you ever have before!!!
I wish you the best of luck at the OLYMPICS!
Everything you can imagine is real- Pablo Picasso

I do not remember that anybody broke her World record in 100 m butterfly long course so far. World record number 6

Eventhough I am rooting for someone else, whose name starts with “Mag” and ends with “gie”, all the best in your recovery!

Best of luck to her. I hope she makes it back.