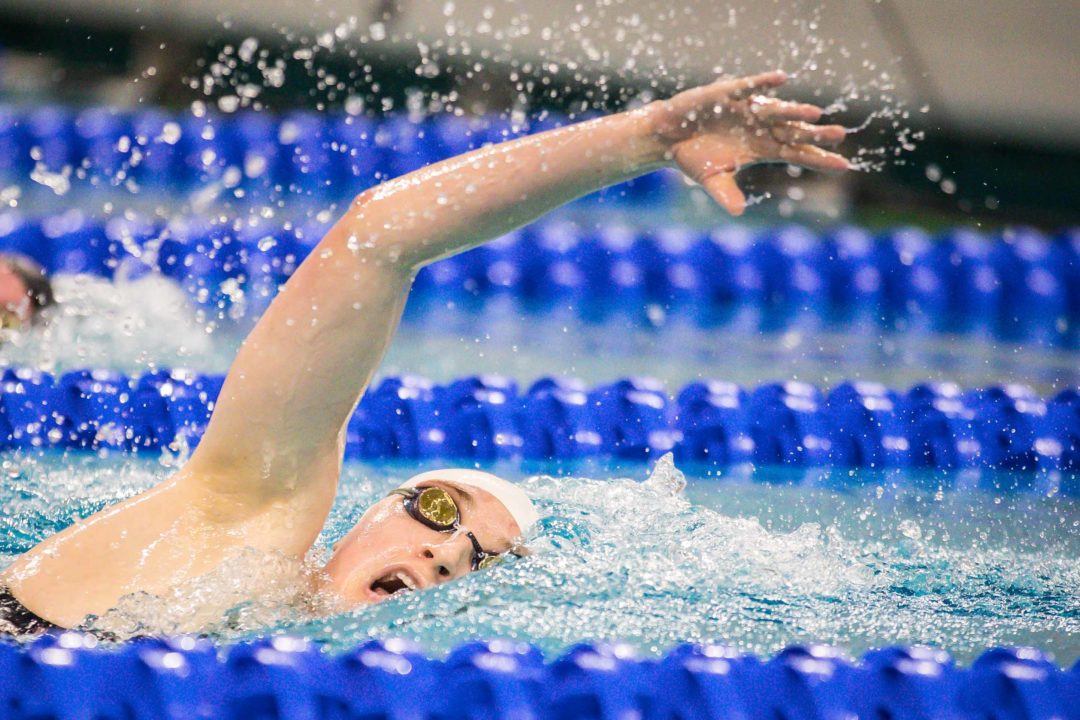 Freshman Patrick Colwell broke a Navy school record and Patriot League record in the 100 fly, and junior Martina Thomas posted an NCAA qualifying time of 1:45.06 in the 200 free to highlight Navy’s win over George Washington University on Sunday.

Colwell topped the field in the 100 fly, posting a time of 46.87. That time took down the previous mark of 47.01, set by Jonathan Debaugh at the 2016 Patriot League Championships. It also improves on the 47.41 that Colwell swam just a day ago during Navy’s meet against Loyola University (Maryland).

In addition to Colwell’s record, multiple swimmers posted NCAA ‘B’ cut times at this meet.

Mids (both men and women) getting it done this season. Covid restrictions have them in/out of quarantine and isolation and other restrictions but these future Navy officers continue to stand tall. Hoping to see swimmers and divers at the big show in G’boro in a few weeks! Beat Army!!

This is awesome! I also heard Nate Sukeena is going to be part of the Navy squad next year, a huge pick up for Navy!