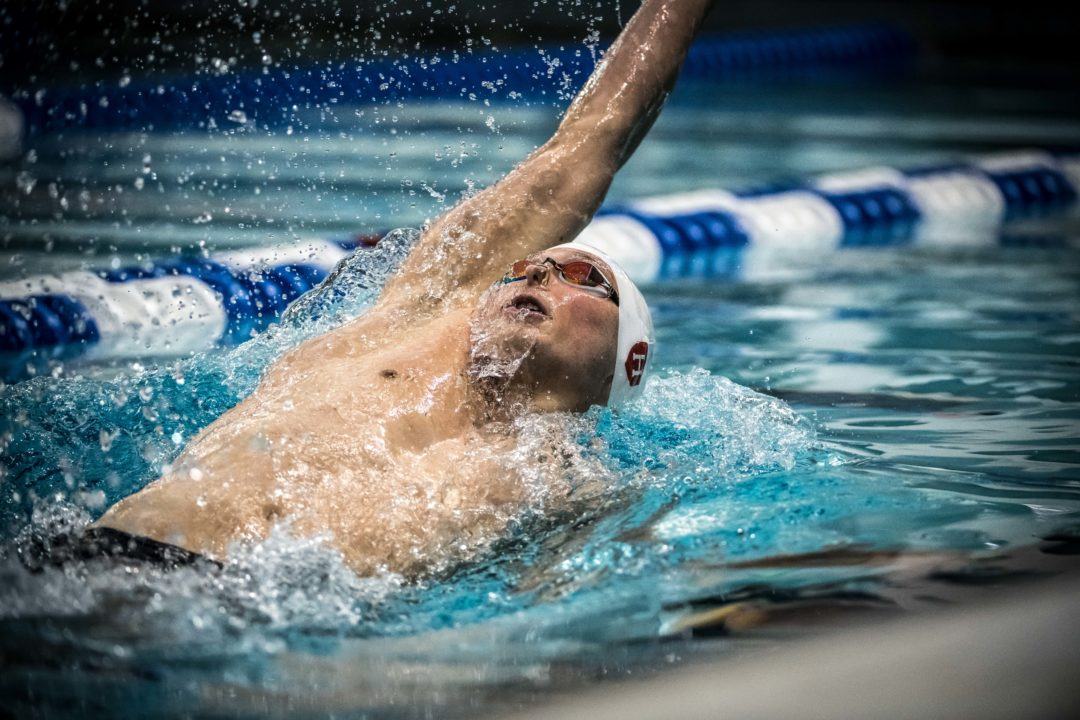 Harvard's Dean Farris is switching up his NCAA event lineup for the third year in a row, this time dropping the 200 free and the 200 back in favor of the 100s of those strokes. Current photo via Mike Lewis/Ola Vista Photography

Harvard junior Dean Farris may have the fastest time in the 200 free so far this season, but he won’t be swimming that event at NCAAs, instead opting for the 100 back on Day 3 of the 2019 NCAA Championships.

Farris put up a 1:30.83 at the Ivy League Championships a couple weeks ago, making him the 3rd-fastest man ever in the event, behind only three-time defending champion Townley Haas of Texas, and Blake Pieroni, who has exhausted his NCAA eligibility.

Still, Farris would’ve been facing a field that includes both Haas and Cal’s Andrew Seliskar, who went 1:30.86 last fall. With Haas sporting a lifetime best of 1:29.50, there’s an argument to be made that Farris may actually have a better chance of winning the 100 back, where his entry time of 44.62 is roughly a quarter of a second behind top-seeded Coleman Stewart’s time of 44.36.

The other big chance for Farris is that he’ll be dropping the 200 back, where he finished 14th as a freshman and 7th as a sophomore, for the 100 free, where he’s the #2 seed. His time of 41.42, again from the Ivy League Championships, would’ve put him 3rd at last year’s NCAAs. There’s a truckload of guys with sub-42 times this year, and really no clear-cut favorite to win, so this moves could net a few individual points for Farris, while arguably also leaving him a little fresher for Harvard’s 400 free relay.

Farris is also entered in the 50 free, but there is a chance he could end up scratching out of that and swimming on all five of Harvard’s relays.

What a nice guys letting Haas having a chance to win his senior year.

So the rumors are true…they are adding 50 to his 200 just to even things out. But the 50lb pulley seems a bit too much though.