Coronavirus-Positive World Champion Boglarka Kapas Back In The Water 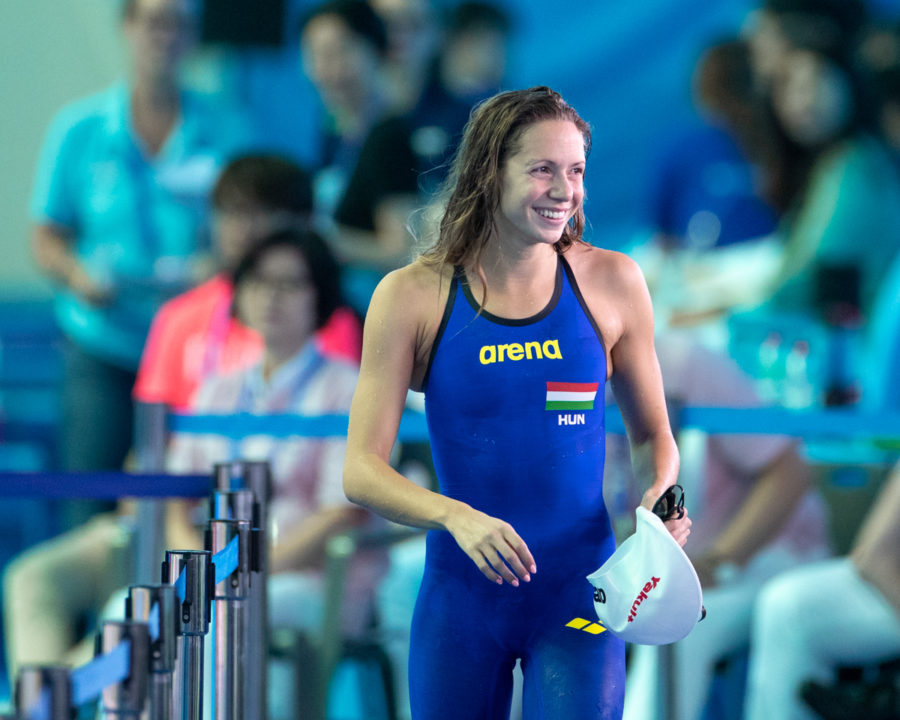 200m fly world champion Boglarka Kapas has found a way to train at home, which is good news for the Hungarian who tested positive for COVID-19. Archive photo via “Rafael/Domeyko Photography”

World champion Boglarka Kapas is back in the pool…sort of…which is great news for the Hungarian who had tested positive for coronavirus.

As we reported on March 31st, the Hungarian Swimming Federation released a statement saying that nine people, including National Team swimmers and staff members, had tested positive for COVID-19. Kapas, who took 200m fly gold last year in Gwangju, was among them.

Kapas said that she was ‘feeling good’ with few symptoms, which rendered her able to perform some dryland exercises during home quarantine.

Flash forward to April 9th and the versatile 26-year-old swimmer posted a photo on social media of a temporary pool arriving at her house. “Water is my home and it has arrived at my home,” read Kapas’ Facebook post that day.

Just 3 days later, Kapas showed herself swimming the pool while tethered at the waist. “I dared to do it! It’s only 20 degrees. After about 20 minutes, everything was frozen but it felt very good to finally swim.” You can see both of Kapas’ posts below.

She’s not the only one who has found creative ways to get wet during stay-at-home orders. We showed out Dutch open water Olympic gold medalist Sharon van Rouwendaal also took to the pool in tethered fashion, while Aussie Olympic champion Kyle Chalmers is waiting for his shipping container pool to arrive at his house any day now.

Most of the other named swimmers have been quiet about their status on social media.

Good news: according to her FB post, she tested negative and has been relieved from her quarantine after 14 days.

Loretta, thanks for putting heartwarming and hopeful on Easter

Glad she is feeling better!

And may it continue unabated!

Wishing her well. She is lovely in her home pool