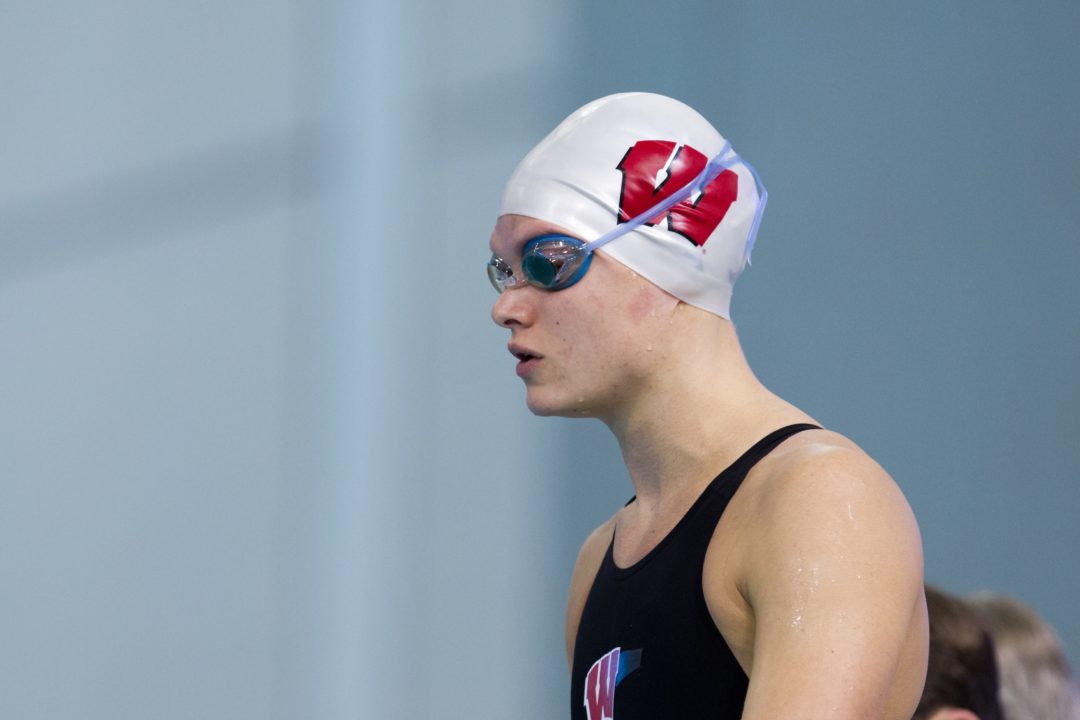 A successful Olympic Trials test meet wrapped on Sunday, and all reports from on-deck are that it was a successful meet and that the facility is well-prepared for the big meet that starts two weeks from Monday.

Though there wasn’t an overabundance of fast times at this meet, there were enough to keep it interesting, and maybe most importantly a lot of swimmers who were better in the evening than they were in the morning. That’s good practice for these athletes, many of whom will return and try to do the same starting on June 25th.

Cordes is now the 5th-best American in the event in 2012. His 28.79 in this race looked very good relative to his competition, but (surprisingly) relative to the best he’ll face at Trials, he actually needs to get out in this race probably at least a few tenths faster if he wants to compete for a spot in London.

Wisconsin’s Ashley Wanland won the women’s 100 breaststroke in 1:08.74, holding off a furious finish from Amanda Beard (1:08.86). Wanland was three-quarters of a second ahead at the turn, but the 200 specialist Beard made up almost all of that ground on the back-half of the race, though she ended up just short. Annie Chandler was 3rd in 1:09.01, and Ellyn Baumgardner was 4th in 1:09.14. Baumgardner has only been faster than that at the finals of Summer Nationals last year.

In the men’s 100 back, Minnesotan David Plummer continued an improbable run toward the Olympics by winning in 54.61. He would say afterward that he was “happy with that swim,” even though it’s close to what he went in the same race last week – and he’s now a week into the beginning of a taper. He did, however, chase down Matt Grevers a bit; after Grevers turned first, he finished 2nd in 54.64.

Arizona’s Mitchell Friedemann was 3rd in 56.20.

Youth reigned in the women’s race, where 17-year old Olivia Smoliga won in 1:01.15. 13-year old Keaton Blovad from the Phoenix Swim Club was 2nd in 1:03.20. That’s Blovad’s best time. As she continues to climb up the all-time National Age Group rankings (she now sits 16th overall), this is the fourth time this season that she’s been a 1:03. If she can dip down into a 1:02 at Trials, she’ll really move into elite company. She’s already faster, for example, than Missy Franklin was at this age (though Missy got really fast as a 14-year old).

Wisconsin’s Beckie Palm won the women’s 200 fly in 2:16.38. That’s a best-time for her by 5 seconds; the Swedish National came to Wisconsin with a lot of potential, and it looks like she’s finally ready to fulfill that. She should be a star for the Badgers next season. Her big finishing kick just overtook an outstanding youngster Bailey Nero, a 15-year old from Fort Collins, Colorado.

Very good swim for Kevin Cordes. Can he swim this summer under 1.00? I think yes. He’s better on the back-half of his race. Definitely the american breaststroker of the future.
Beautiful race for the beautiful Olivia Smoliga in the 100 back. She has great underwaters. And yes, Keaton Blovad is another name to remember. You have many young swimmers like her who push behind the big names. It’s incredible how good the american backstroke on the women’s side becomes. I don’t know very well american history of swimming but perhaps it will be this summer the best field of all time in the 100 back.

NAG for Cordes?
Plummer is gonna be tough, and was very impreesed with Olivia Smoliga. Right there with Pelton and Bootsma.

Some great races throughout the evening. Highlights we’re all the tight races you read in the results. Nearly all the heats were tight or had huge pushes to the finish. One highlight was the lone men’s C final swimmer in the 200 fly. It was the third loudest point of the evening. Dead heat for loudest went to local swimmer Will Raynor making his 100 back cut and the winner of the men’s mile making his cut. Facility was impressive although the blue matting was slick and uncomfortable to walk on with bare feet. Meet ran well, but $12 for a finals ticket to this meet was way too much to attract a lot of casual fans to a meet… Read more »