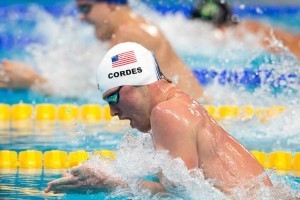 Cordes Does it Again with 26.8 for Championship Record in 50 Breast Final 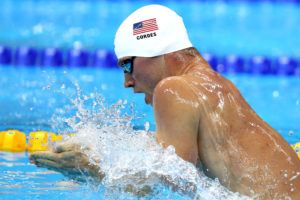 Kevin Cordes Down U.S. Open Record with 26.8 in 50 Breast Prelims

Kevin Cordes blasted a new U.S. Open Record in heat 6, turning in a 26.86 to lead prelims. That knocked almost a quarter of a second off the former mark, which stood as a 27.10 done by Brendan McHugh at 2014 Nationals. 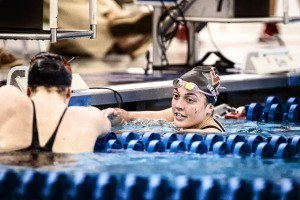 Jessica Hespeler was victorious in the women’s 1650 free as the Virginia Tech Hokies men and women came out on top at the Hokie Fall Invite. 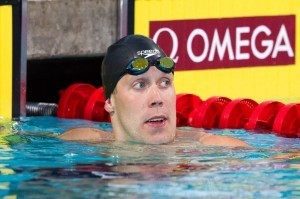 U.S. national champ and current U.S. Open record-holding breaststroker Brendan McHugh will call it a career following his events at the 2016 U.S. Olympic Trials – though the Trials finalist stopped short of the word “retirement.” 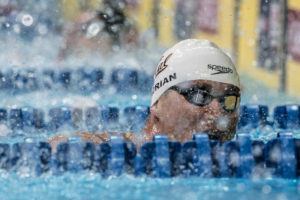 Adrian was a sub-48 second 100m freestyle in semifinals, the fastest he’s ever been on U.S soil. With Adrian leading the charge, the excitement in the race lies in who the top four swimmers will be that are guaranteed a roster spot for the 4x100m freestyle relay.

Brendan McHugh
Born April 11, 1990 Brendan McHugh is an American sprint breaststroker. McHugh graduated from college in 2012, but has continued his career post collegiately thanks to his sprint breaststroke prowess. Born to parents, Patrick and Nancy — a high school chemistry teacher, McHugh also has a big family including two brothers and two sisters.

Personal
McHugh studied Classics and Science, Technology, & Society in college, but post grad he studied law and graduated in 2015. He landed his dream job, working at Drinker, Biddle, & Reath LLP, where he will begin working at in Sept. 2016. In addition to his academic success McHugh can also read and write in latin.

McHugh never saw swimming as his job, but rather his hobby, which he says has played a huge factor in his success. He uses swimming as his fun away from studying and practicing law, but also trains partially on his own and partially at Washington and Lee University. In summer 2014 McHugh competed at the U.S. Nationals, and surprising everyone but himself, he broke the U.S. Open Record in the 50-meter breaststroke.

Early swimming
McHugh began swimming at age 7, but not by choice. He explains that he was a “big momma’s boy,” and refused to do swim lessons since he didn’t want to leave his mom’s side. McHugh’s swimming career began when his younger brother got in to swim with no problems. In his home state of New Jersey, McHugh competed for St. Augustine High School, and further committed to swim collegiately at Penn.

College swimming
At the University of Penn, McHugh competed in the breaststroke, IM and free relay events mainly. As a freshman in 2009 he was an Ivy League Champion in the 100 breast, and a runner-up in the 200. He also set new school records in both events in addition to setting a new record in the 200 IM.

As a sophomore McHugh lowered his 200 IM school record, and finished second in the 100 breast and was named to the Second-Team All-Ivy. A year later in 2011, McHugh had an extremely successful year. He broke the Penn, Ivy and Ivy Championships records in the 100 breaststroke, and he also finished second in both the 200 breast and IM, and earlier in the year broke the Penn record in the 400 IM. He made it to First-Team All-Ivy and was named the Philadelphia Inquirer Academic All-Area Performer of the Year.

During his senior McHugh set four Penn records in the 100 breast, 200 breast, 200 free, and the 400 free relay. He qualified for his first NCAA Championships, and made it to the semi-finals in both breaststroke events. He earned NCAA All-America Honorable Mentions in both events, finishing 14th. He once again was named the Philadelphia Inquirer Academic All-Area Performer of the Year.

Post-collegiate career
McHugh swam mainly for fun after college, choosing to still train while attending law school. He made his first big impact at the Charlotte Grand Prix in 2014, where he wanted to compete against the big names. He placed second in the 50, and third in the 100.

Going into the U.S. National Championships that year, McHugh was confident he could make a big breakthrough. He went on to win the 50 breaststroke national title, and earn a spot on the 2015 World Championship Team. With a load of confidence going into the 100 distance, he touched the wall first at the 50, but ended up finishing seventh overall.