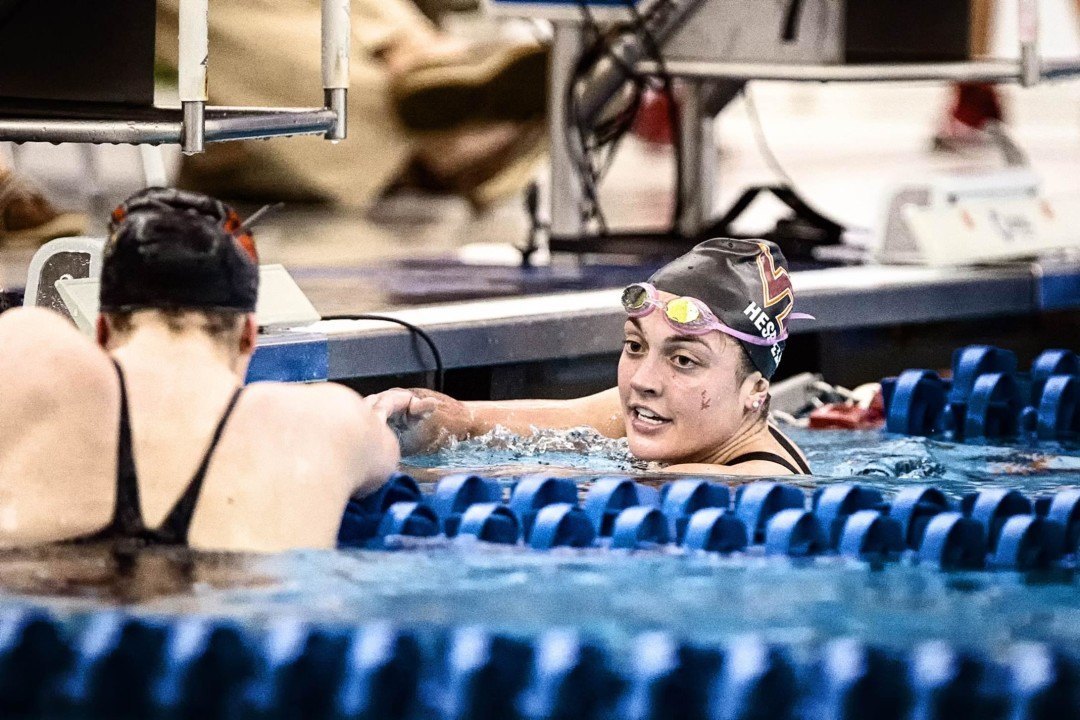 Jessica Hespeler was victorious in the women's 1650 free as the Virginia Tech Hokies men and women came out on top at the Hokie Fall Invite. Archive photo via Tim Binning/TheSwimPictures.com

The Virginia Tech Hokies closed out their invitational with a strong final day, securing the win on both the men’s side and women’s side. The men nearly doubled runner-up Purdue, totalling 1287 points, while the women had a much closer battle with the Boilermakers, but came away on top with 1121 points to their 943.

Purdue’s Marat Amaltdinov broke Brendan McHugh‘s pool record in the 200 breast, clocking 1:54.95 to take out the previous record of 1:55.43. Klaudia Nazieblo was originally thought to break her own 200 back school record, but it was revealed the records weren’t updated properly. Nonetheless, she won the race in a time of 1:54.56.

Other individual winners on the night were Robert Owen and Norbert Szabo of Virginia Tech in the 200 back and 200 fly respectively, and Emmy Rawson of Purdue in the women’s 200 fly.

The 400 free relay was the final race of the meet, and the Hokies fittingly won on both sides. The loaded women’s team of Hespeler, Grabski, Nazieblo, who all had an individual win on the night, along with Fiona Donnelly who was the runner-up in the 200 back, won in a time of 3:19.31 to Purdue’s 3:20.35. The men’s team of Szabo, Ian Ho, Harrison Pierce and Brandon Fiala cruised to victory in 2:58.22 over William & Mary who pulled off a second place finish in 3:00.43

As previously mentioned, Virginia Tech came out on top on both sides with Purdue in second. William & Mary got past Villanova by just over 50 points for third spot on the women’s side, while the U.S. Naval Academy men were just 18 points shy of Purdue for the runner-up spot, but 175 ahead of fourth place finisher Yale.