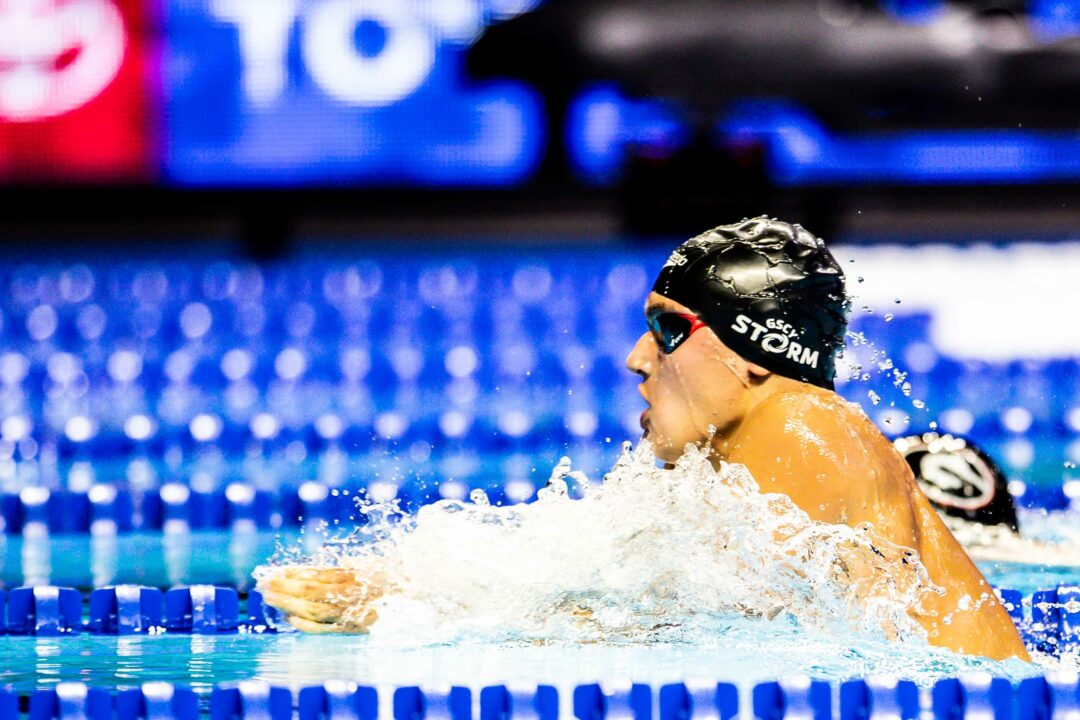 Matt Fallon swam a 1:50.53 200 breast at the prelims of the Zippy Invite, becoming the second-fastest freshman to ever swim the 200. Archive photo via Jack Spitser/Spitser Photography

Penn’s Matt Fallon just became the second-fastest freshman ever to swim the 200 breaststroke when he went 1:50.53 during the prelims of the Zippy Invite.

In addition, Fallon broke both the Ivy League and Penn records in the event. The previous Ivy League record was 1:52.28, set by Cornell’s Alex Evdokimov at the 2018 Ivy League Championships. Penn’s record was 1:54.38, set by Mark Andrew in 2019.

Fallon is also a member of the U.S. National Team. He finished eighth in the 200 breast at Olympic Trials, and he’s been a significant point-winner for Penn this season.

At the dual meet against Ivy League rival Brown, Fallon won the 100 breast, 200 breast, and 200 IM. He also had the fastest time in the 400 IM at Penn’s meet against Villanova, though his race was exhibitioned and his time ultimately didn’t count.

Penn itself has previously been a home for elite breaststroke, producing a U.S. Open record holder and national teamer in the 50m breast, Brendan McHugh.

Fallon still has the finals of the Zippy Invite to continue to improve on his time, not to mention the rest of the season — including Ivy League championships and NCAAs — to become the fastest freshman ever.

I think we could very realistically see a 1:46.** in the next few years with the way US yards breaststroke is going

Give this man a bio already

What would they put?