Kevin Cordes Down U.S. Open Record with 26.8 in 50 Breast Prelims 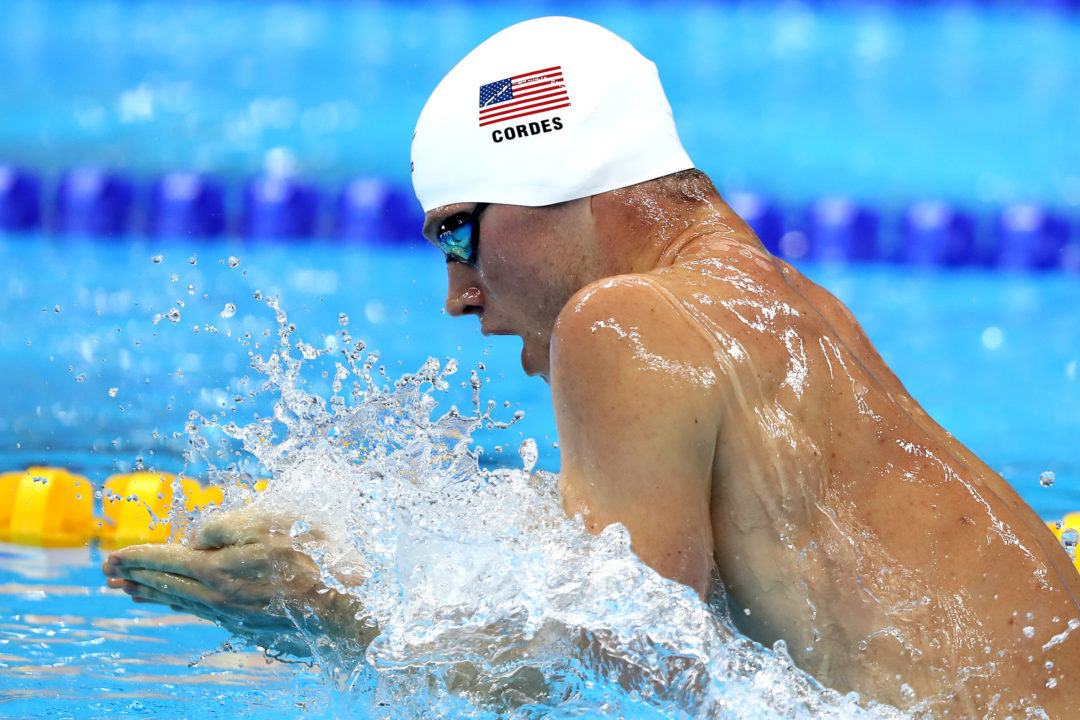 Kevin Cordes blasted a new U.S. Open Record in heat 6, turning in a 26.86 to lead prelims. That knocked almost a quarter of a second off the former mark, which stood as a 27.10 done by Brendan McHugh at 2014 Nationals. Archive photo via Simone Castrovillari

On day 3 of the 2017 U.S. Nationals/World Championships Trials, Olympic breaststroker Kevin Cordes kept riding his momentum from his 200 breast performance. On Thursday morning, Cordes took down the U.S. Open Record and Championship Record in the 50 breast, leading prelims with a quick 26.89. That knocked almost a quarter of a second off the former mark, which stood as a 27.10 done by Brendan McHugh at 2014 Nationals.

Cordes’ time makes him the 3rd fastest swimmer in the world this year behind only Great Britain’s Adam Peaty (26.48) and Brazil’s Joao Gomes (26.83). It was also just a tenth shy of the American Record, which stands as a 26.76 from the semi-finals of Cordes’ medal-winning performance at the 2015 World Championships.