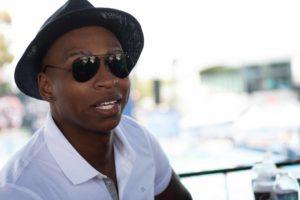 Catch the latest on happenings outside the pool, including news on Cullen Jones, Emily Brunneman and a swimming anime series. 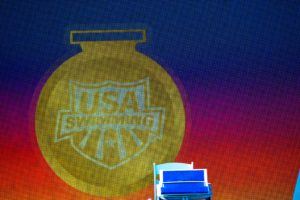 Swimming’s TopTenTweets: Quite the Shindig 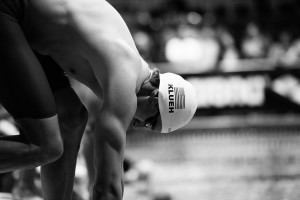 World champion Michael Klueh is getting involved in the Ann Arbor community while attending med school, and expecting a baby with wife Emily Brunemann, also a former pro swimmer. 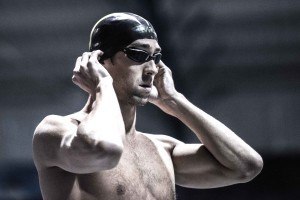 We’re back with swimming’s top 10 tweets.

Shortly after the home crowd saw a Big 12 Record go down on the women’s side, Longhorn fans were in for another record-breaking swim in the men’s 500 free.

Michael Klueh
Michael Klueh is an American distance swimmer originally from the state of Indiana. Klueh stands 6’3″ and was born to Martha and Michael Klueh, and has two sisters, Elizabeth and Mary, who both were also athletes. Klueh is an aspiring pharmacist, and could have gotten his love for medicine from his parents, a Vice President of an Indiana hospital and a dental hygienist. The distance specialist is one of the fastest 1500-meter swimmers in American history.

Marriage
Klueh has been married to fellow Dolfin-sponsored swimmer, Emily Brunemann, since 2014. The two are both on the 2015 World Championships roster, becoming the first married couple to qualify to represent Team USA at the same international meet.

College swimming
Klueh grew up in Indiana, where he attended Bowie High School and graduated in 2005. He chose to attend the University of Texas, where he studied kinesiology. Klueh was extremely successful as a Longhorn — he left the university as an NCAA champion and a multi-time All-American.

He didn’t make the NCAA Championships as a freshman, but when his sophomore year came around, he qualified and made a statement. Klueh finished within the top eight as a member of the 800 and 400 free relays, but he also competed individually finishing ninth in the 400 IM and 13th in the mile.

Olympic Trials history
Klueh will have competed in his third Olympic Trials in 2016, with his first in 2008. In 2008 he qualified to swim in three events, and came close to making the Olympic team in the 400 free, when he finished fifth. He also finished 11th in the 200 free and 17th in the 1500 free.

In 2012 Klueh returned to his second Olympic Trials, and just nearly missed making the team, in just one spot behind. He came in third in the 400 free, eighth in the 200 free and 11th in the 1500 free.

International swimming
In 2006 after making the Pan Pacs roster for the first time, Klueh finished eighth in the 1500m free, 10th in the 200m free and 11th on the 400m free relay. He also has a long history of performances at the World University Games, beginning in 2005. Overall, he’s an eight-time WUG’s medalist.

Klueh made his second Pac Pacs team in 2010, where this time he qualified in the 1500-meter free, and he picked up a sixth-place finish. Within the next year, Klueh was busy at the NCAA level, competing in the WUG’s and he swam in his second Duel in the Pool. He was extremely successful, finishing first in the 400-meter free.

In 2013 Klueh had a busy year. He competed at Duel in the Pool, winning the 400-meter free and taking third in the 800. Klueh also made the U.S. roster going into the World Championships. He won his first World Championship title, when he went a best time and took gold in the 800-meter free. The following year Klueh had a busy session at the U.S. Nationals, swimming the distance events and qualifying for the short course Worlds team, where he went on to win gold in the 800-meter free relay, defending his gold medal in the same event in 2012.

Going into 2015 Klueh made his first Pan Am team, where he had a great meet coming home with a silver in the 800-meter free relay, a bronze in the 400 free relay, and two fourth-place finishes in the 200 free and 400 free relay. He also competed in the 2015 World Championships in Kazan, making it to the team after Matt McLean withdrew due to injury.